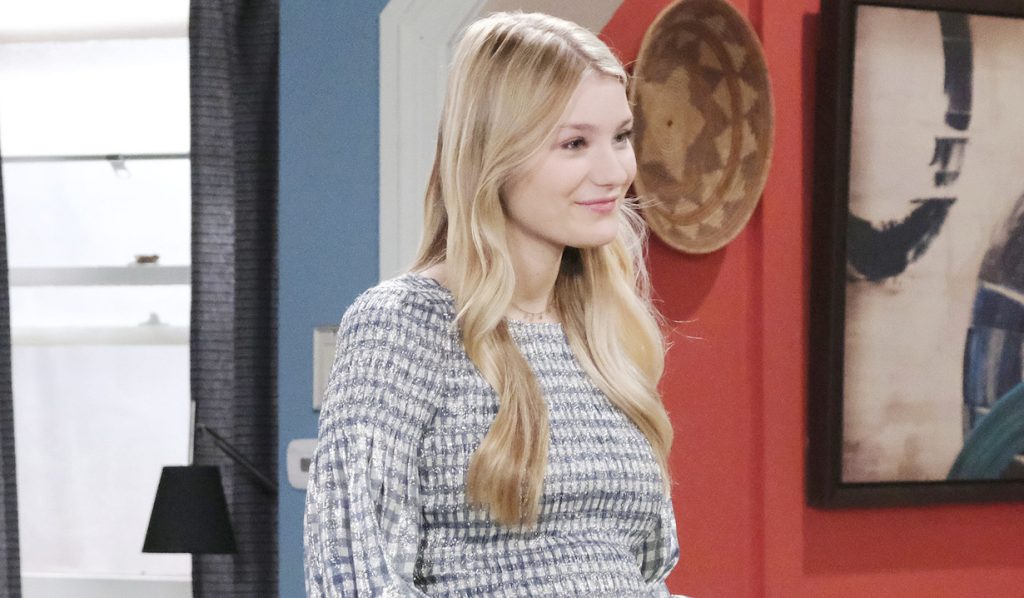 Days Of Our Lives spoilers for the week of April 25-29, 2022, are out. And the latest spoilers reveal that a lot of fun and drama is coming up on the soap opera. We are in for a thrilling week where some characters make some moves, and some will be going through a hard time.

Spoilers suggest that possessed Allie will make some moves against Ciara and Ben’s baby. Then, EJ will console Belle about the whole Jan situation. Viewers will see Susan Banks being worried about her grandson. Next, Paulina will shut TR’s move while Marlena talks to Eric about Nicole. We have a lot to know. So, let’s dive right into all the s torylines.

Starting off the week of April 25-29, 2022, Allie will tell Ben about her motives. Ben will be worried about whatever the devil has planned for Ciara and his child. But he won’t be able to do anything about it. Allie will capture Ben as a hostage in the DiMera Crypt with Johnny. But Days Of Our Lives spoilers suggest that Allie will want someone’s help for a mission, and Ciara will get worried about Ben missing.

Viewers might see Ciara walking into Allie’s trap at the Horton Cabin, where she will be all alone following her baby’s birth. In the meantime, Johnny will face something serious in the DiMera Crypt, which might involve the news of Tripp and Chanel leaning on each for rather steamy and hot comfort and support.

Next on DOOL, EJ will support Belle, who might be struggling with Shawn and Jan’s baby drama. Belle will tell EJ about the whole situation and how all this is affecting her marriage. More spoilers suggest that Shawn will meet with Jan and make a decision against Belle’s wishes. It seems like Jan might get out of Statesville before her time is over.

More spoilers suggest that Jake will struggle with some memory flashes and might take Gabi’s help to figure out the same. DOOL viewers would recall that the Devil had shown his true self to Jake. So, this is what he might have started remembering.

Moving forward in the week, Susan Banks will have a realization. Banks might be worried about his grandson and will talk to EJ about her concerns. Susan knew that Johnny was possessed and might mull over where he was now.

Meanwhile, Andre will make an offer to Ben. And spoilers tease that Ben might have to sell his soul to Andre in order to save Ciara and her baby. But, Ben might not agree to do so, and Andre will make things difficult for Ben and Johnny in the crypt.

Days Of Our Lives: Paulina Price Shuts TR Down

Rounding off the week, Paulina will try shutting down TR’s attempts to get closer to her. Paulina knows the type of man TR is, and she might want to continue her romantic angle with Abe Carver. Speaking of TR, Beth might also try spilling some beans to Lani, but TR will arrive at the spot and threaten her.

DOOL spoilers suggest that Marlena will meet with Eric and talk to him about his feelings for Nicole. Eric might tell Evans that he’s committed to his priesthood, and Nicole is happy with Rafe. But, viewers know that former flames always have a way of finding each other.

What will happen between Nicole and Eric? It looks like many interesting storylines are on the deck. So, stay tuned. Until then, stay tuned. TV Season & Spoilers will keep you updated. Days Of Our Lives airs on NBC all weekdays. Don’t miss the action.