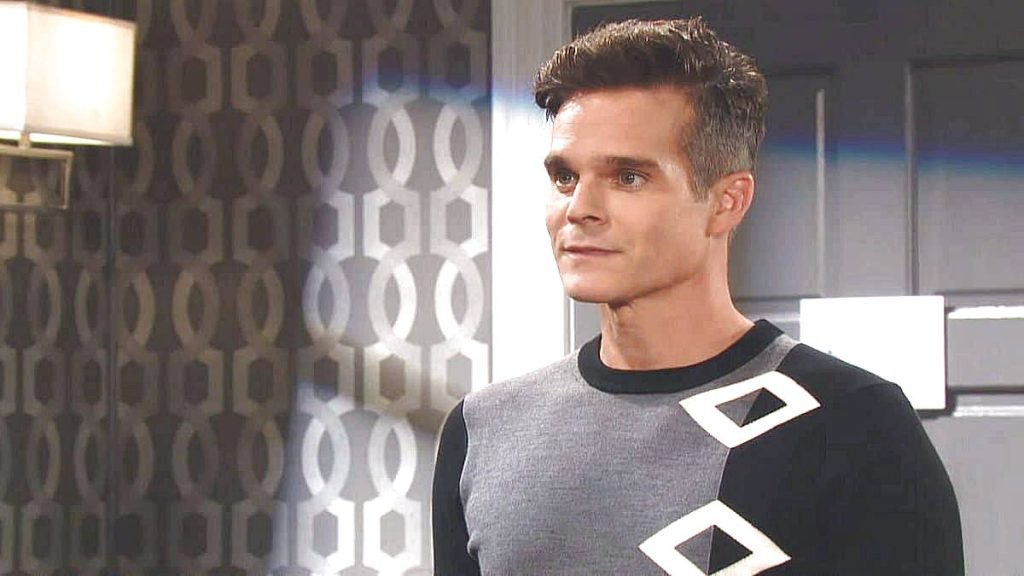 Days Of Our Lives spoilers for the week of August 15-19, 2022, tease that Leo will point the finger at Gwen. Later after that, Jada and Chad will team up to find dirt on Gwen. Meanwhile, Alex will have a shocking suggestion for Chanel and Allie. At the secret lab, Rolf will learn about Li and Kristen’s teaming up to sabotage the Stefan-plan. However, they might have something else in mind that Rolf will object to.

On the other end of the town, EJ will threaten Ava with something and ask her to do what he wants. Elsewhere, Orpheus will send a gift to Kayla, which will lead to Steve freaking out. Keep reading and discover the twists and turns DOOL offers next week.

The Days Of Our Lives spoilers for the week of August 15, 2022, claim that Anna will suspect Kristen. She will know that Kristen is hiding something. However, on digging deeper, there are chances that she might find out about Stefan’s survival. Later, Gabi will make some confessions to Li about Stefan’s ex-lover, Chloe.

Later, Li might approach Kristen with an offer that might be in favor of both parties. It is teased that the mad science may become even crazier with some love potions. Stefan might come back to life, but there are chances that he might still cling to Chloe. The love potion might work magic and clear Li’s path in having Gabi by his side.

Speaking of Chloe, she might need some information about Kristen. So, she might approach Gabi soon. DOOL writers are trying their best to carve Stefan’s storyline and make it even more chaotic. However, in the secret lab, Dr. Rolf will learn about Li and Kristen’s possible team up against sabotaging the Stefan plan and using it in another way. Whatever it is, the doctor might seem to object it.

From the start, EJ always had a doubt about Ava and Jake’s marriage. Now the latest Days of Our Lives spoilers tease that EJ will finally grab hold of some evidence and will threaten Ava. However, it might not be related to her fake marriage. Instead, he might learn about Ava’s help to Gwen in escaping her from Statesville. Fans know that Sarah and Xander are trying to find a loophole through which they can make Ava betray Gwen. Will EJ’s discovery be of any help to them? Will know this in the coming week.

Leo in Custody Points At Gwen

After the tooth fairy gets caught, he is likely to point the finger at someone else. Leo is already in custody, and during the interrogation, he will blame Gwen. Even though this whole might look like passing the parcel game, will Gwen be the last stop? Whatever it is, Chad will be hell-bent on unearthing his wife’s killer. Chad is likely to corner Gwen and ask her about her involvement in t he murder.

Later, Jada and Chad might team up. They might go and search for evidence in DiMera’s secret room. In the Police Station, Brady might push Leo to accept that he indeed is the killer. However, he will soon have a lawyer who might take the investigation in a different direction. Elsewhere, Lucas might have something to confess to Kate. This might have something to do with his prison sentence. What could it be? Will know this in the episodes of next week.

Next, Orpheus will send a gift to Kayla. This will leave Steve to get scared as to what it could be. This gift might possibly be a threat wrapped under disguise. On the other hand, a known face will re-enter Salem and this will be none other than Stephanie Johnson. The spoilers tease that Steve is likely to get caught in more trouble in the future. Stay tuned and watch Days Of Our Lives which airs all weekdays on NBC. For more updates on spoilers, visit our website, TV Season & Spoilers.