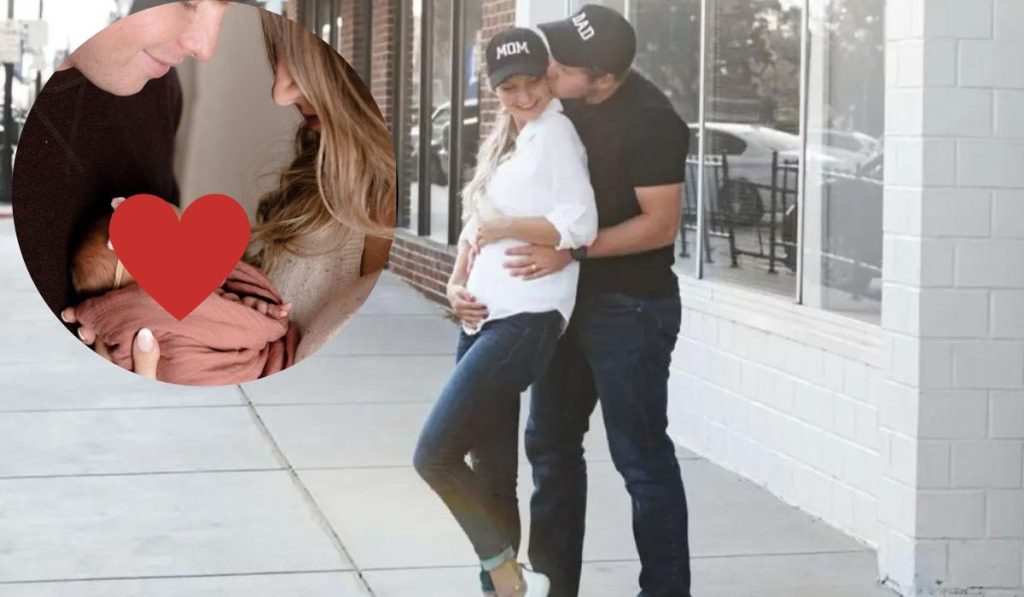 Counting On personality, Jeremiah Duggar married the love of his life, Hannah, in March 2022. It was in October 2021 that the couple made their relationship public on Instagram back in the day. Jeremiah shared a photo of them with the caption that read, “getting to know Hannah has been one of the biggest joys of his life”. The Duggar family member also stated at the time that they want to tell their experience to fans while waiting patiently to see what God had in store. However, just three months after their marriage, the Duggar couple announced that they are expecting their first child. Since then, fans have been waiting to see the first look of their baby. However, by god grace, the couple got their precious Christmas gift.

Jeremiah Duggar and his wife Hannah deserve congratulations! The couple recently added a new member to their family. The Counting On stars finally welcomed their first baby on Christmas day. Hannah gave birth to a girl and named her Brynley Noelle. However, the Duggar Family star reveals her baby’s first look in the new year. On January 1, the parents shared a picture announcing the news. In the picture, Hannah is seen holding her baby in her arms while both parents looking down at her. The couple’s newborn baby is wrapped up in a pink blanket and wearing a cute matching light pink hairband. Jeremiah and Hannah called her a “precious Christmas gift”. They inform their followers in the caption that the baby arrived a little early and that they love their little Brynley Noelle. However, in the end, they provide the date and size, and weight of the baby.

Although, just after the post came out, members of the Duggar family and close relatives jumped to the comment section to congratulate the couple. Jeremiah’s twin brother, Jedidiah Duggar, commented saying, “So happy for you guys!”. Gil and Carlin Bates also congratulate the couple. In August 2022, the couple revealed that they are expecting their first child. However, they announced the gender of their child in late October. Jeremiah and Hannah made a huge deal out of the revelation, as seen by the photos and videos, by having a helicopter drop a balloon that burst into pink smoke as it touched the ground. The couple thanked their loved ones for coming together for the party. They stated in the post published to both of their accounts. In the post, they said that they cannot wait to meet their lovely baby girl.

Duggar Family: Fans Are Concerned About The Future Of Their Newborn Baby

The Duggar Family members, Jeremiah and Hannah, have been living in an RV for a long time. However, being just a couple would have been easy and romantic. But now that they have a newborn baby, it seems to be a difficult task to raise her. However, fans expressed concern and think their first kid should not grow up in a mobile house. However, it hasn’t prevented Hannah and Jeremiah from declaring that they have no intention of leaving their RV. Earlier, before the birth of the baby, Hannah hosted a Q&A session on her Instagram handle. In the session, one fan asked her whether they are still living in the RV and if they are planning to raise their child there. To this, Hannah replied that she loves the camper and she thinks it’ll work great while the baby is still little.

However, fans seem to dislike the idea fans are concerned about Hannah’s future living arrangements and those of the couple’s recently born child due to Hannah’s plan to live in an RV. The Duggar couple, who revealed their pregnancy in August, unveiled their new trailer in an October YouTube video. Jeremiah revealed, “We are living in a renovated camper. It is called a Fifth Wheel since it is hauled by a vehicle. Additionally, the trailer features a section that folds out to add more space once it is parked. Jeremiah continued by saying that he began renovating the camper soon after proposing to Hannah and continued to do so throughout their wedding preparations. The finished product was a house with a functioning kitchen, stove, microwave, and even a coffee area. However, there is just one “bedroom” in the back, leaving little room for a growing family. Stay tuned to TV Season & Spoilers