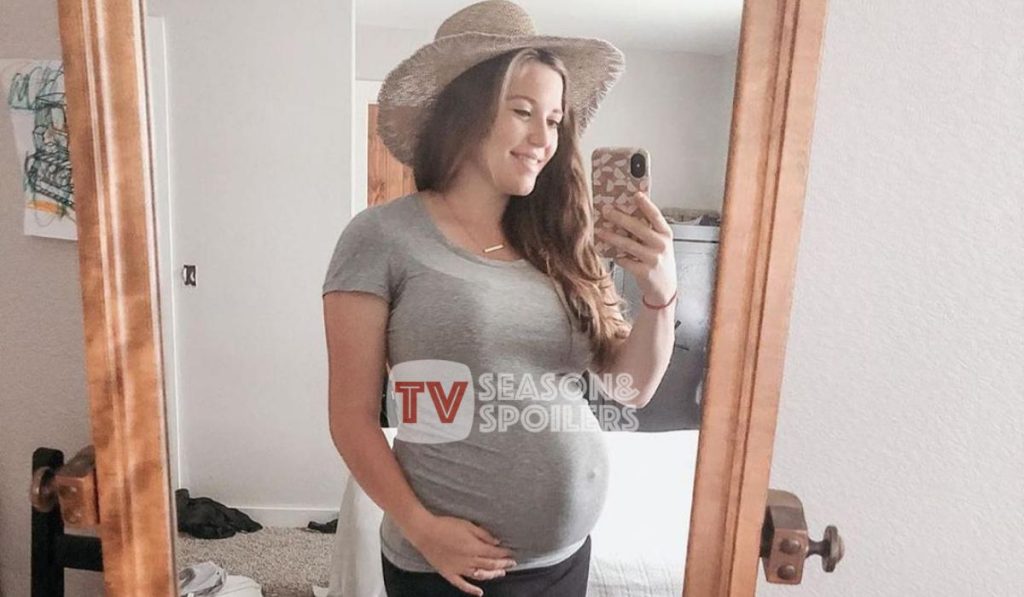 The famous Duggar family has continued to get media attention even after the end of their long-running show, Counting On. Despite their disapproval of Josh Duggar’s alarming behavior, viewers find the lives of the other siblings interesting. However, the Duggar family has always updated their fans on their lives. Similarly, Joy-Anna and her husband, Austine Forsyth, have been in the limelight due to their pregnancy. In October, the couple made an official announcement about their third pregnancy. Since then, they have been pretty active in informing their fans about it. Although, due to Joy-Anna’s recent post, fans believe she is expecting twins. Keep reading more to find out about it.

Duggar Family: Fans Joy-Anna Is Expecting Twins As She Reveals Gender Of Baby #3

Joy-Anna Duggar revealed that she was expecting her third child back in October. As a result of the announcement, she has been sharing regular updates on her pregnancy, much to the joy of her fans. There have been some frightful incidents, such as when the TV celeb announced that her pregnancy has been classified as high-risk and that she is more likely to get blood clots. However, happy occasions like Joy-Anna’s announcement that she’s going to have a son make her feel better. Earlier this week, Joy-Anna shared a mirror selfie alongside her husband, Austine. She flaunts her growing baby bump in the picture and captions it, revealing the baby has completed 15 months.

The comment section was immediately inundated with questions regarding Joy-Anna’s certainty that there was just one baby within. They commented about how large her 15-week bulge was already. Moreover, fans wrote that the baby bump is quite big for 15 weeks. They filled the comment section with questions about whether it was one or two. However, after all these speculations, Joy-Anna shared pictures from her previous pregnancy to compare its size. The Counting On star shared 17 weeks of pictures of her earlier pregnancy, which appeared to be almost the same as the current. Despite all the speculations, the couple has already revealed the gender of the upcoming baby. In addition, they also have done an ultrasound due to the loss of her daughter Annabell at 20 weeks of pregnancy. And some unreported difficulties with her previous pregnancy with Evelyn.

Duggar Family: This Is How They Announced Their Pregnancy

In the month of October, Joy-Anna and her husband, Austine, revealed their pregnancy through an emotional video. It was via their YouTube channel, FollowtheForsyths they made their announcement. In video initially started featuring Joy-Anna. She explained the motto of the video. She informed her viewers she was away from home with some friends. Also, she was going to do a pregnancy test to determine if she was pregnant. After a while, Austine entered the room and shared their excitement. However, Joy-Anna got emotional during the video. She then brought the pregnancy kit and handed it to her husband to look at it first. Moreover, Austine saw it and gave a neutral expression. He then hands it over to Joy-Anna. As she saw it, tears of happiness rolled from her eyes. She then showed it to the camera, and it was positive.

Joy-Anna and Austin were very excited and hugged each other. Next to the video, they added a clip of their friend’sfriend’s reaction to their pregnancy. She also told that they are expecting their baby in May 2023. It is their first spring baby. As their first baby, Gideon was born in February, Annabella in July, and Evelyn in August. For all the latest Duggar Family updates, keep coming back to TV Season & Spoilers.