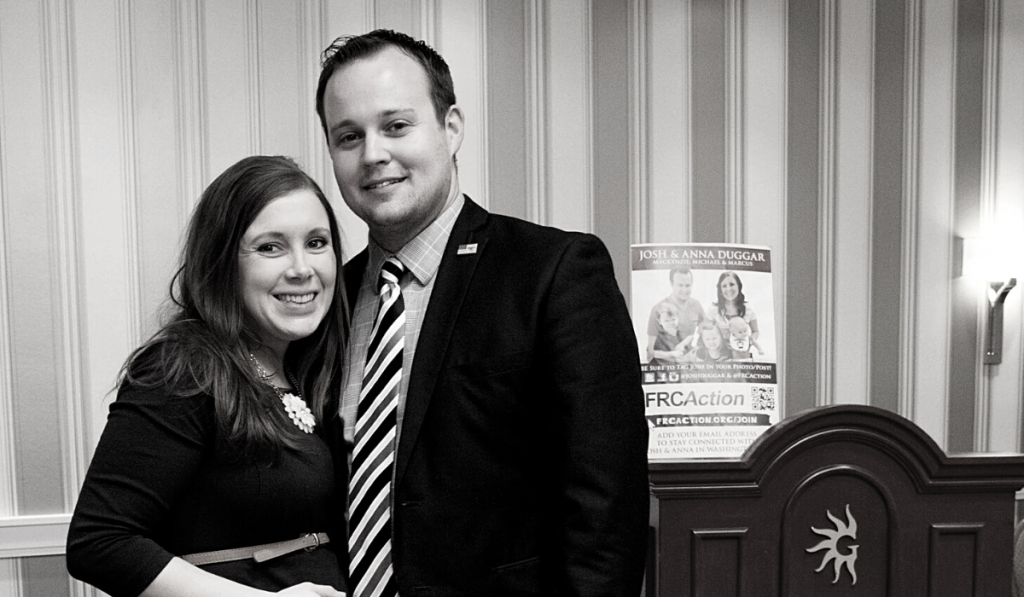 Out of all the people, Anna Duggar and her in-laws are the ones that still support Josh Duggar’s heinous crimes. The wife has stood by her husband and, to date, suggests that she is happily married. Moreover, the former counting on celeb made various attempts to prove her husband was not guilty. And now, per the latest Duggar News, it seems like Anna is ignoring her other family members as the fans don’t notice her during the family’s major events. Is Anna hiding due to shame? Tune in with us to find out.

Duggar News: Why Is Anna Not Attending Major Family Functions?

Anna Duggar ensures that she sticks by her husband amid all odds. Moreover, the reality celeb has always noted that Josh is not guilty. Besides, the mother of seven disregarded that her husband has hands in CSAM. Hence, fans believe that Josh has brainwashed Anna cleverly. Meanwhile, many reports suggest that the wife could have hands in Josh’s crimes. However, the viewers have noticed that Anna Duggar is trying to hide as she has disappeared from the limelight. In the past week, many family events happened, and Josh’s wife wasn’t around. Per the latest Duggar News, the wife has missed a family reunion.

Meanwhile, per Duggar News, Anna’s brother David and his wife Hannah Riber had a baby shower. The couple announced on June 20, 2022, that they expect a baby girl in November. The duo posted pictures from the event, but the people on Reddit noticed that they could not find Anna. People now speculate that the reality celeb might hide due to her husband’s acts. Another user wrote that Anna thought she was getting married to money but look what she got. However, some stated that the wife could be looking for chances to meet her husband. Well, Anna still has “happily married” tied

to her Instagram bio. And it doesn’t look like she’s going to leave Josh alone. Hence, she is much into her “wifely duties.”

Duggar News: What Is Anna Duggar Up To?

The fans wonder where Anna could be, as Jill Duggar also made it to the baby shower though she is estranged from the family. Likewise, the Duggar News raises questions as David and Hannah were with Josh during the trials. Some people believe that the wife is hiding out of shame. Meanwhile, the others speculate that Anna is trying to spend given time with her husband. Besides, Anna’s sister has recently built a home near Josh’s prison

. Hence, people speculate that the mother will soon move to that home with the kids to be closer to Josh.

Right now, Anna doesn’t have a source of income and is dependent on her in-laws. The wife lives in a small warehouse with her kids on Jim and Michelle’s property. Although Anna’s family is asking her to divorce Josh, she is persistent in being by his husband’s side. Why do you think Anna is missing family events? Tell us n the comments below. And stay tuned to TV Season & Spoilers for the latest updates on Duggar News.