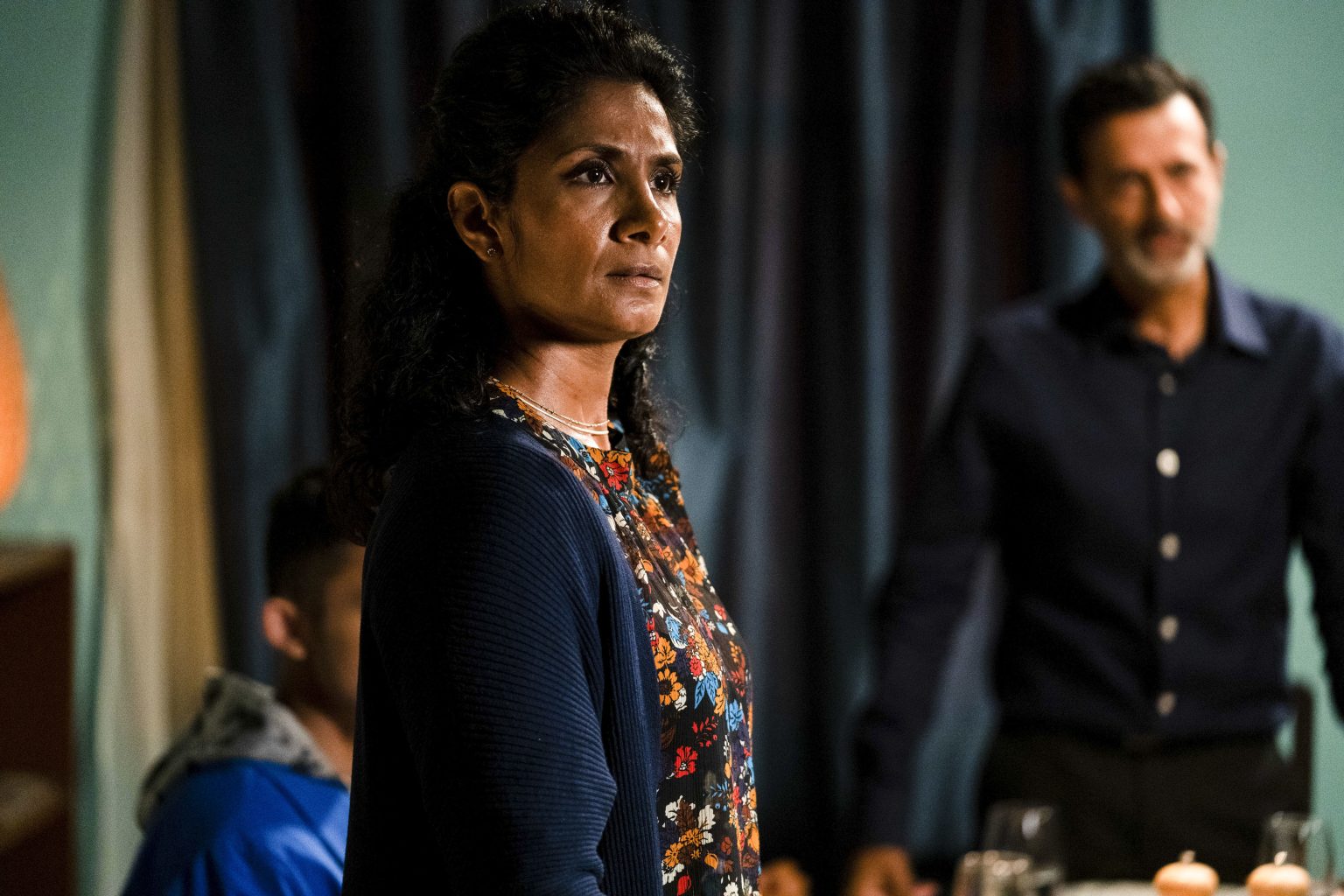 EastEnders Spoilers For The Week Of November 7-10, 2022: Suki Is ARRESTED, Lexi Comes To Know About Lola’s Health

EastEnders spoilers for the week of November 7-10, 2022, tease that this upcoming week will see many heated arguments and difficult moments. Starting the week will be Nina, who will start getting suspicious of Ravi while Suki lands behind bars. As Suki is being questioned, Kheerat loses his calm.

Then, Ben will urge Lexi knows the truth about her mom. Then there will be some love and troubles around it as Mike gets engaged half-heartedly. Sam will also land in big trouble when her past shows up infront of her. How will she deal with that? Keep reading to find out.

Nina Gets Suspicious; Suki Is Arrested

In the forthcoming week of November 7-10, 2022, Eastenders viewers will get to see some tough action. During the week, Nina will spot Ravi as he speaks to Nugget. This altercation will make Nina rather suspicious, and she will worry that Ravi’s priorities have changed. To get her facts right, she will take Ravi to the Operation Theater, where she will start questioning him.

However, before she could get all of her answers, EastEnders Spoilers for the week of November 7-10, 2022, reveal that the police will arrive and interrupt them. Further, spoilers relay that DS Manners will figure out the missing coherency in their original statements and will get suspicious of both Nina and Ravi. Would their truth come out? We will have to wait to know.

EastEnders: Suki Is Arrested, and Kheerat Loses His Calm

Next, EastEnders viewers will get to see the police making a big arrest. Suki will decide that she has to stand by her husband Nish, and that will lead to dire consequences. Suki and Kheerat will come home to find Nish preparing a meal for the whole family. However, this happiness won’t last long because the police will end up arresting Suki. After Suki ends up at the police station, she will be questioned, and Kheerat will continue accusing Ravi, who has gone missing.

While Suki is in the police station, the police will search her home, and Kheerat will be raging at Nish. However, things will look a little bright when R avi turns up. The EastEnders spoilers for the week of November 7-10, 2022, say that Kheerat is in for big revelations in the upcoming days. Would he be able to save his mother? Only time will tell. Back with Nina, after Suki gets arrested, Ash breaks down over her mother. Nina will try to console her, but it’s going to get very difficult.

Will Ben Tell Lexi The Truth?

On the other end of the town, everything will take a heartbreaking turn when Ben and the family come to know about Lola’s fate. Post her brain surgery, Callum will encourage Ben to tell Lexi the truth about her mother. However, it won’t be so easy for him to do so. He will instead decide to focus on finding a better treatment for Lola and her aggressive cancer.

While they are all at the hospital, Callum proposes that Ben moves back with him. He will suggest that they can together take care of Lexi. Everyone in the hospital, including Jay Brown, Lola, and Ben, will be touched. Lola will be thankful to everyone for their support and love.

EastEnders: Shirley Is Furious; Mick Is In Dilemma

The EastEnders Spoilers for the week of November 7-10, 2022, say that Shirley will come to know about Mick’s engagement to Janine Butcher from Linda, and that will infuriate her. After that, Linda will check up on Mick, and he will be left with a lot of unsure thoughts regarding Janine. Shirley will ask Linda if they can stop this wedding, but things will go out of control when Mike proposes to Janine. However, EastEnders viewers know that Mick’s heart doesn’t really lie with Janine. So, how long will it be before he stops pretending?

Speaking of Linda, while she is worried for Mick, she will also be open to accepting his life decisions. She will go on a blind date after Sharon Watts sets her up. But things will go down a spiral when her date doesn’t show up. Alfie will be there. So, he will comfort her and even buy her a drink. But things won’t be so easy because Mick will see them together, and he will feel annoyed. Later on, in the week, EastEnders Spoilers suggest that Mick will feel some intense emotions around Linda as they reminisce about buying The Vic. Would they get romantically involved yet again? We’ll have to wait to know.

Sam Lands In A Pickle

Further on in the week, Sam will end up in a big pickle when she makes moves without thinking it through. She will be in major money trouble when she has an encounter with Mitch Baker. To solve some of her problems, she asks Zack Hudson for the money she has given him to get a car. This will ruin her relationship with Zack.

After that, Kate finds an unknown man- Don, in her kitchen. She comes to know that this man is Sam’s ex. Just when Don is about to tell everyone the reason for his presence, Sam tries to cover it up and lies to Don about still loving him. After Sam makes this mess, she will be seeking help. However, Jack Branning won’t want to help. Sam’s next best option will be Zack, but given that Sam just treated him the way she did, Zack won’t be keen to help either.

While Sam is still dealing with this, she is taken aback when Don proposes to her in a rather extravagant way. She will be speechless. In the aftermath, she will have a proposition for Zack. Would things get better for them? Only time will tell.

The week of November 7, 2022, we will also see some love troubles and dilemmas in the upcoming days of the soap opera. Jean Slater will realize that Alfie’s ex-wife Kat is struggling. So, she suggests that Kat asks Alfie for help. When Kat and Alfie speak, he will be able to convince her to let him run the cab office. Things have started to look up for Alfie. But would he be able to win Kat back?

Rounding off will be Whitney, who will also be looking for love. She tried flirting with her housemate Finlay Baker. But it doesn’t look like things will fly off for them. They wouldn’t want to disrupt their living situation. So, they will be very cautious. While she is dealing with her own things, Whitney will find Zack deep in thought and insist he open up. It is yet to be seen if Whitney would open up or not.

The upcoming week of the soap opera will bring in a lot of action. There will be some police drama, love troubles and a lot of dilemmas for most of the characters. Make sure you tune in and enjoy. EastEnders airs Monday-Thursday at 7:30 PM on BBC One and BBC iPlayer.