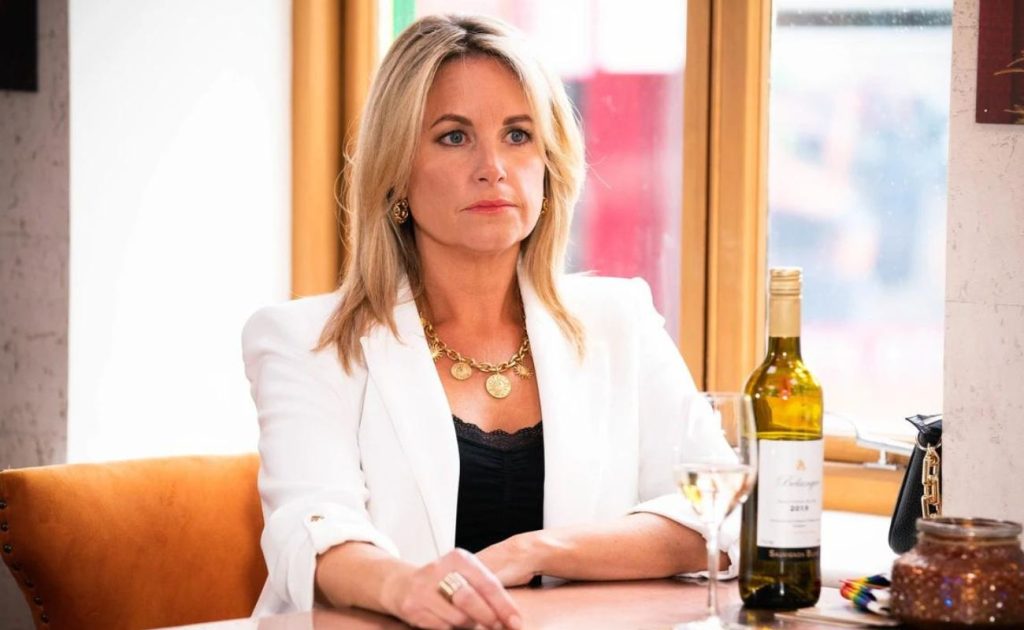 EastEnders spoilers suggest that Sam Mitchel will have a very difficult decision to make in the upcoming episodes. She will have to choose between staying with her son and going away to make a new life with a rekindled romance. The latest EastEnders spoilers suggest that Ricky will be all set to move to Germany with Scarlet, and he will want Sam to move with them. But this isn’t the best time because Ricky Jr. will come to know that Lily is pregnant with his child. Who would Sam choose? Keep reading to find out.

Sam Has A Difficult Decision To Make

EastEnders viewers keeping up with the soap opera know that Sam has been reconnecting with Ricky past month. They have been going out on dates, bringing some old feelings to the surface. They get serious, and Ricky plans to go to Germany with Sam and Scarlett to settle there. He will ask Sam to consider this, and Sam will make a decision in the upcoming days. Spoilers suggest that she will be leaning towards leaving the country and putting all the Mitchell drama behind her. Ricky will be excited, making arrangements, when another bomb drops.

The latest spoilers suggest that the forthcoming episodes will see Lily as she lets Ricky Jr. in on the pregnancy situation. As soon as Lily tells him about the baby, he panics and bumps into Sam. Not knowing how to react, he will blurt out the truth to his mother. Sam makes a bigger mistake when she tells him she is moving to Germany instead of consoling him. This obviously will upset him, and Sam will land into a spiral of guilt.

EastEnders: What Will Sam Do?

Elsewhere, Ricky will be busy choosing an engagement ring for Sam and moving forward with this whole plan. But, there will be something that Sam would want to do before leaving. That is, making things right between her and her son by supporting him. Sam will go to Brannings and tell Jack that she has to go, but Jack will not see the point here. He will be furious about their son facing criminal charges. While he will apologize later on, the situation will get pretty intense there. Later on, Sam sees Jack and Ricky Jr. leaving for the police station and feels awful. She turns and finds Ricky on his knee, proposing to her.

Back with Jack and Ricky Jr., they will arrive at the police station for the interview, and Sam will also reach there to show support. Jack will once again lose his mind, and Sam will step in. Ricky will be glad to have his mom there. Elsewhere, Ricky will be at the airport waiting for Sam. He will be worried that they are going to miss the flight if Sam doesn’t show up on time. Would Sam come? Who would she choose? We will have to wait to know. EastEnders airs on BBC One Monday- Thursday at 7:30 PM. Make sure you tune in and enjoy.