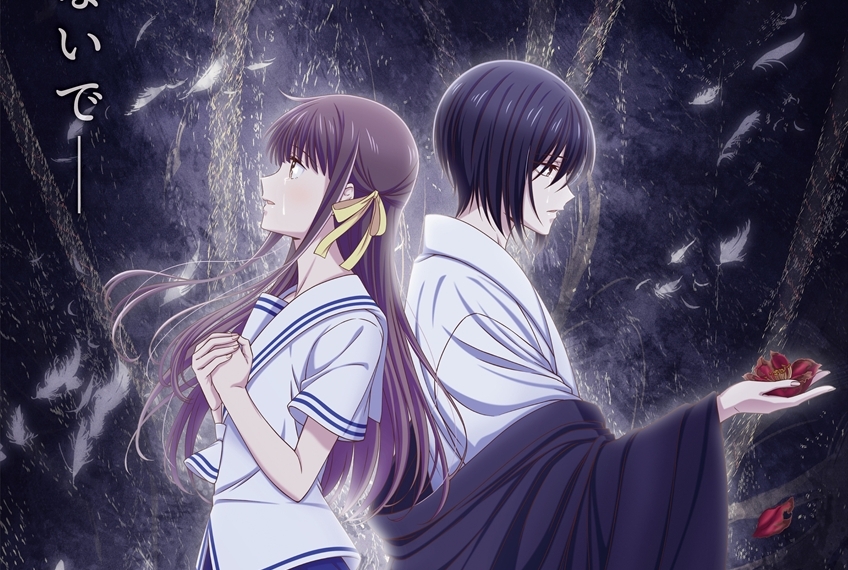 The highly anticipated Fruits Basket Season 3 is only a few months away, and we can’t keep calm. While many anime struggle to get a sequel, Fruits Basket is on its way to complete its story with a third season. After everything that happened in Season 2’s finale, waiting for more episodes has not been easy. Fortunately, TMS Entertainment is all set to release the upcoming installment. They have already announced the release date alongside a teaser featuring Tohru and Akito. When will we be able to watch it? What will be the future of our favorite characters? Here’s everything you need to know.

Written and illustrated by Natsuki Takaya, Fruits Basket is a popular manga series that ruled its readers’ hearts back in the day. It began serialization in shoujo manga magazine Hana to Yume in 1998. The story was later launched as tankobon volumes between January 1999 and March 2007. During its release, the series won several awards alongside appreciation from both readers and critics. In 2001, Studio Deen picked up its anime adaptation, which became a sensation while it was broadcasting.

However, despite its success, the 2001 anime never returned for a second run. Viewers (who didn’t read the manga) never got to know what happened after Season 1’s finale as Studio Deen left it with a cliffhanger. For nearly two decades, the show’s popularity and the impact it left on its audience were still intact. As a result, years later, in 2019, animation studio TMS Entertainment decided to release another adaptation of the original story. The Fruits Basket remake was released for two seasons, while fans are currently waiting for the third one.

Will There Be A Season 3 Of Fruits Basket?

The debut season of Fruits Basket remake was almost as impactful as the first adaptation. It brought back memories of people who watched the anime back in 2001. Whereas, it also resonated with millions of new viewers from all around the world. While a lot of people compared the two versions, many were just happy that they’ll get to watch the entire story in the remake. Hence, overall, the project turned out to be a success for TMS Entertainment.

Following the first season’s success, its producers took no time to renew it for a second round. Surprisingly, the sequel turned out to be much better than the first one. It was more emotional, had better pacing, and was more entertaining than before. Besides, the rating of the series on almost all rating platforms also increased. Hence, yet again, TMS Entertainment confidently greenlit Fruits Basket Season 3.

The last episode of Fruits Basket remake’s second season aired on September 21, 2020. Whereas, TMS Entertainment announced the renewal for the third installment within an hour of its broadcast. Funimation also shared the news on their social media. However, the studio also revealed a shocking news for fans.

Will Fru its Basket Season 3 Be The Last Installment?

Sadly, the upcoming installment of the rom-com series will be the end of the show. While renewing the sequel, TMS Entertainment shocked its fans with the cancelation of the anime after Fruits Basket Season 3. The last season is expected to wrap up Takaya’s storyline. A lot of fans were disappointed with the news, which ended up in social media banter. However, later on, viewers expressed their gratitude towards the studio for giving the story its due respect. Unlike the 2001 adaptation, the Fruits Basket remake won’t leave its audience with a cliffhanger.

Is there Enough Source Material For The Third Season?

The 2001 adaptation of the popular manga only consumed its first seven volumes. At that time, the manga was still serializing, and only those volumes had released. Later on, the series continued for a total of 23 volumes up until its end in March 2007. Hence, the rest of the content from the manga never made it to the screens.

Well, the Season 1 of Fruits Basket remake also consumed the first six to seven volumes of its source material. However, the second season ended up covering around nine volumes up until Volume 16. Hence, TMS Entertainment will hopefully cover the rest six volumes of the manga, including the finale of the story in Volume 23.

What Will Be The Plot Of The Upcoming Installment?

As compared to the anime’s first season, fans pointed out that the second season had a better storyline. It was also more emotional than before, especially the finale episode. Viewers got to know some shocking revelations about characters, whereas the episode also spilled some secrets about some of the fan-favorite characters. Hence, Fruits Basket Season 3 is expected to be much more impactful than ever. Besides, given that it’ll be the end of the show, it will resolve almost all plotlines we know of.

Well, manga readers are already aware of how the Fruits Basket manga ends. Hence, as many studios do, TMS Entertainment could change the story’s conclusion. However, the studio has always been faithful to the source material, which suggests the changes will only be minor. Viewers will finally get to know the future of Akito and Kureno’s complicated relationship. Moreover, we hope that Tooru realizes her feelings for Kyo.

Towards the end of Fruits Basket Season 3, most of the characters will complete their arcs, which includes Akito as well. Whereas, it is expected that we’ll also get to know the secret of lifting the curse. As per the plot of the manga, the installment will hopefully have a heart-warming conclusion.

TMS Entertainment has finally released a teaser of the third and final season. While the teaser image hinted about the release date of the much-awaited Fruits Basket Season 3, it also revealed something about its plot. The new key visual features Akito and Tohru, which suggests that we will get to see the future of their relationship. Aside from the anime’s social media handles, the visual was also uploaded on Fruits Basket’s official website.

Fans have been waiting for Fruits Basket Season 3 release date for months now. Fortunately, the anime’s creators have finally confirmed when the new episodes will hit the screens. Recently, on Fruits Basket’s official website and its social media handles, the studio revealed that the installment would start broadcasting from April 2021. Well, they are yet to give us a definite date. However, given the premiere dates of previous seasons, it isn’t hard to predict one.

Are you excited for the third and final installment? What are your expectations from Fruits Basket Season 3? Please tell us in the comments below.