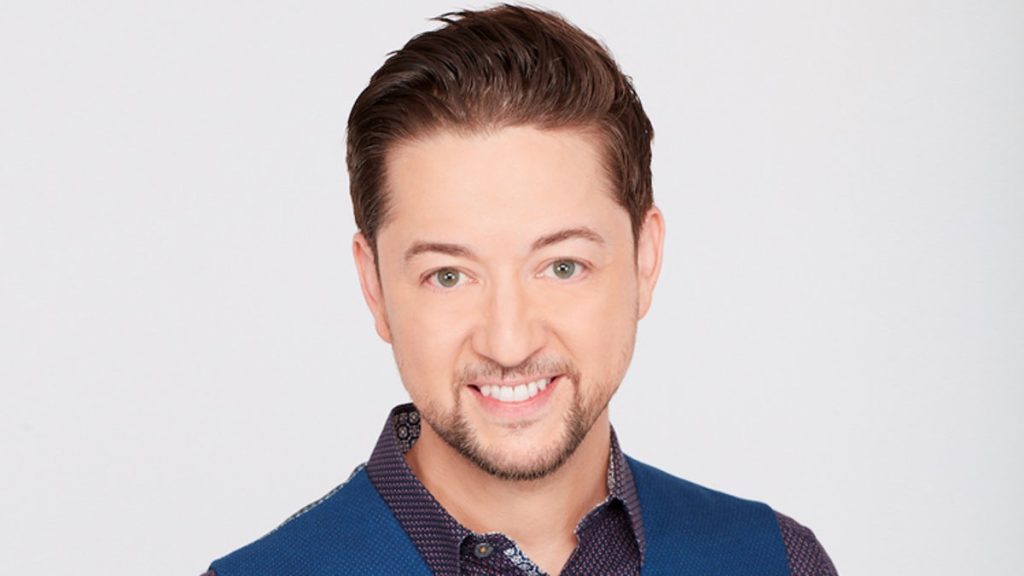 General Hospital star Bradford Anderson has quite a few celebrations up his sleeves! Both on-screen and off-screen. Although his on-screen alter ego Damian Spinelli’s celebration will come when his lady love Maxie Jones realizes he is the one for her, his off-screen celebrations have already begun! Keep Scrolling to find out what our dear Bradford is rejoicing!

Growing up, the talented actor performed in various theatrical productions, such as, Laconia Street Car Company’s A Christmas Carol and Joseph and the Amazing Technicolor Dreamcoat. Post graduating from Inter-Lakes High School, Bradford sharpened his acting skills at the Tisch School of Performing Arts at New York University. Later in the year 2005, he moved to Los Angeles as an aspiring actor.

General Hospital star Brandford made his television debut in an episode of Veronica Mars. Later, owing to his splendid performance, the makers converted it to a recurring role. Furthermore, Bradford appeared in shows like What About Brian and even films! For example, American Pie Presents: Beta House, Carts, and Kissing Cousins.

Bradford made his first appearance in General Hospital as Damian Spinelli in January 2006. His character is also known as THE JACKAL on the soap. The actor continued to portray Damian in the ABC soap for seven years. He also portrayed the same character (Damian Spinelli) on the primetime series GH: Night Shift.

Later, the talented actor decided to part ways from the show as he felt he needed to try out other opportunities. Everybody needs a little break from the monotony of doing the same thing day in and day out! Thus, leading to his appearances in shows like NCIS: Los Angeles, Castle, and Homeland. Later in May 2014, Bradford Anderson

On the personal front, The General Hospital star is happily married to his wife, Kiera Mickiewicz. They tied the knot of holy matrimony in April 2010. Completing the picture-perfect family, the couple has two children. The elder being Juna Meredith, born 18th July 2011, and the younger is Finola Lee, born 2nd May 2014. However, Bradford’s reasons to celebrate are not limited just to his birthday!

The star has another big announcement to make! Honoring his 43rd year on planet Earth, Bradford announced on his Instagram account that he is quitting alcohol! In his super creative video reel the actor gives us a glimpse of a hand-drawn birthday card by his daughters (we assume)! He then raises a toast of an alcoholic beverage but does not drink it! “Bad day to quit drinking” flashes on the screen. Although we believe, any days is a good day to quit a vice, Brandon! The video concludes with a thank you note for his fans for their lovely wishes!

Please join us in the comments as we wish our favorite General Hospital star Bradford Anderson a Happy Birthday! May all your dream come true Dear Bradford! Have a wonderful year ahead! Also, we hope Damian and Maxie give us some celebratory news soon!