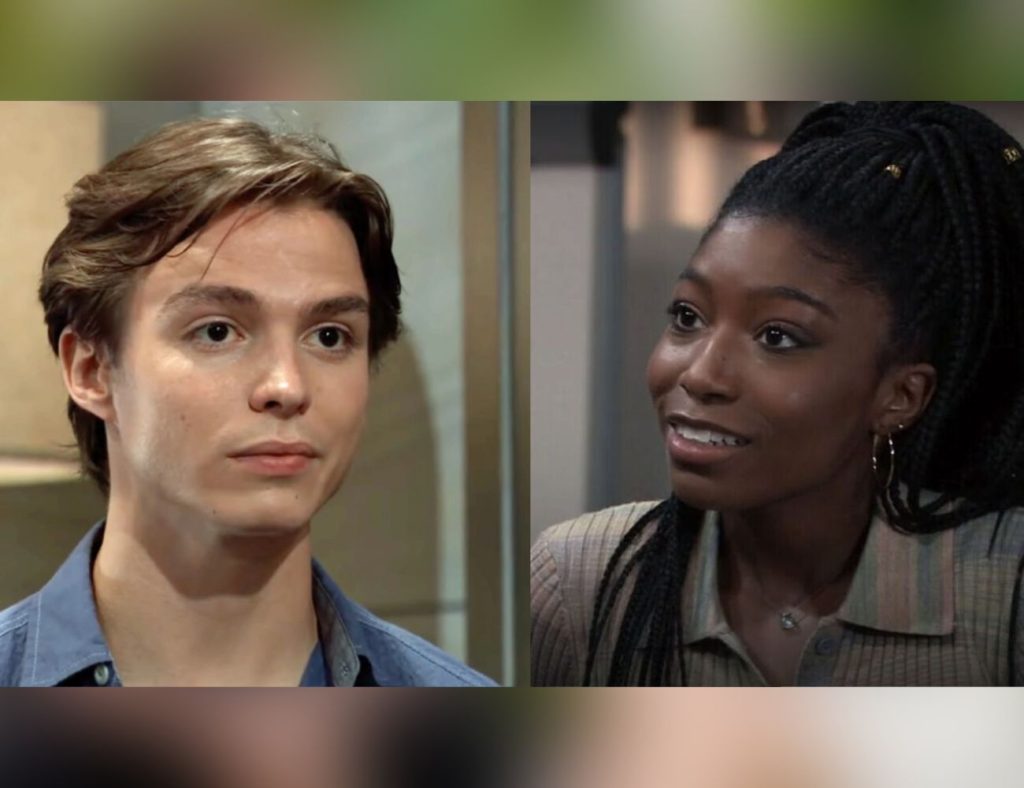 Spencer Cassadine has had a rough time in Pentonville Prison on General Hospital. However, lucky for him, his time there is up, and he is back to the comforts of home. But that’s not all that he is back to! The latest GH spoilers suggest that upon his return to Port Charles, he will attend his first social event, Dr. Britt’s birthday party! And he may end up sharing a long-awaited kiss with Trina there! Does that mean Rory’s time as her lover boy is up? Are Sprina fans about to get the romance track they had been waiting for? Let’s find out!

Dr. Britt Westbourne is throwing a massive Birthday Bash at General Hospital. And everybody she knows, and likes is invited to the fancy affair! Now that Spencer has finished serving his time at Pentonville Prison and returned home. It is certain that he will be attending the birthday bash. After all, he and Britt have been good friends, so there is no reason for him to give it a miss. Trina, too will be attending the party with her mother, Portia. Thus, becoming the perfect place and opportunity for the young flames to come face to face,

Spencer and Trina have not been on the best terms lately at General Hospital. However, that has not changed the fact that they still feel an enigmatic pull toward each other. While it would have been easy for them to avoid crossing each other’s paths out in the open, it would be a little difficult to not notice each other in a closed venue. And once that happens, it will not take much for them to end up exchanging glances and feeling the urge to have a conversation. But can a conversation remain just a conversation when both parties feel an unmistakable fire for each other?

Fans Are About To Get A Sprina Kiss On General Hospital!

Once Spencer and Trina get past the initial awkwardness on General Hospital and start a conversation, things could change real fast! Spencer has been away for a long, long time and has had a lot of time to work through his feelings. Meanwhile, Trina did start a relationship with Rory, but we all know her heart still yearns for some Cassadine caresses. When they both come face to face after such a long time, their real feelings can completely take over them, and they may end up confessing their actual emotions for each other.

Considering that the birthday party is on New Year’s eve, it would be perfect moment for a liplock! The young lovers could seal the midnight stroke with a passionate kiss on General Hospital. This would not only bring respite to their aching hearts but also spread a wave of joy amongst fans who have been relentlessly shipping SPRINA! Would you like to see Spencer and Trina get close to each other again as a couple? Please share your views in the comments below. Meanwhile, stay tuned to ABC to watch it all play out in General hospital.