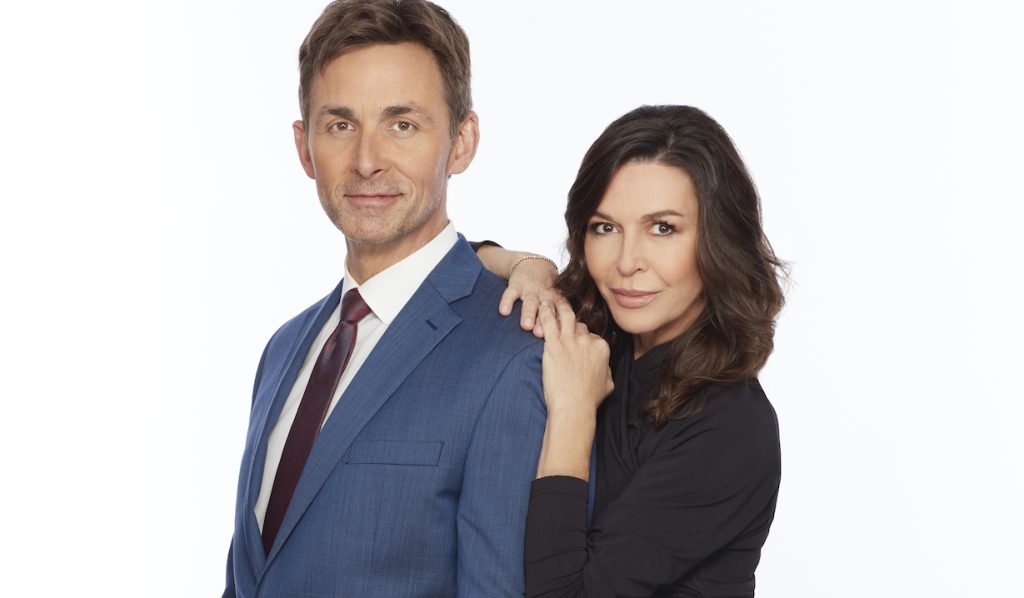 General Hospital: Finola Hughes and James Patrick Stuart Talk About The HOT VANNA SCENES That have Us Glued To Our Screens

Finola Hughes and James Patrick Stuart are a one of their kind couples on General Hospital. Their fiery chemistry and the innate understanding they have of each other’s dark, and deeply hidden sides is phenomenal. The fine actors’ off-screen friendship and comfort reflects in their performance and the on-screen portrayal of their characters. Finola and James recently spoke about Valentin and Anna with their fans. Here’s all you need to know about it!

Finola and James recently attended a General Hospital Fantasy Event with their fans. Both the actors discussed with their fans some of the most talked about scenes of VANNA, as named by Valentin and Anna fans! “Remember the scene we did by the pool,” James quizzed. “When we first read that, I remember thinking, ‘Oh no,’ because it was written…initially, I read it kind of one level, which was, ‘Oh, here goes Valentin lying again.’ He mused.

“By the time we were done rehearsing that, you realize that Finola had taken it to another level…the level of just totally getting that he’s lying to her.” James said in awe of his General Hospital co-star. “He probably understands that she gets it, and by the time they’re done, they’re kissing by the pool. It was like…come on — this is an interesting couple.” He exclaimed.

“ It was really nice reading people’s remarks about those scenes,” Finola shared. “You know, I think people always want characters to be smart.” She pointed out. “That’s why Maurice as Sonny

has always managed to go so long with the stories that have interwoven that he’s always kind of sat back and assessed people.” Finola appreciated the veteran star, Maurice Bernard. “That kind of thing is gold dust, I think.”

Furthermore, James shared an acting tip with the General Hospital fans. “I had an acting coach tell me a character always knows unless, of course, it’s essential to the story that you don’t.” He quipped. “If it’s not implicit in the text, then you know. It’s just more interesting — not knowing — it’s literally an uninformed choice.”

Well, we think James and Finola’s process works great for them, and it reflects on the screen. No wonder their pairing is such a hit with General Hospital fans. Do you love VANNA just as much as we do? Which of their scenes is your favorite? Please share with us in the comments section below. Also, do not forget to catch up with the latest episodes of General Hospital on ABC over weekdays!