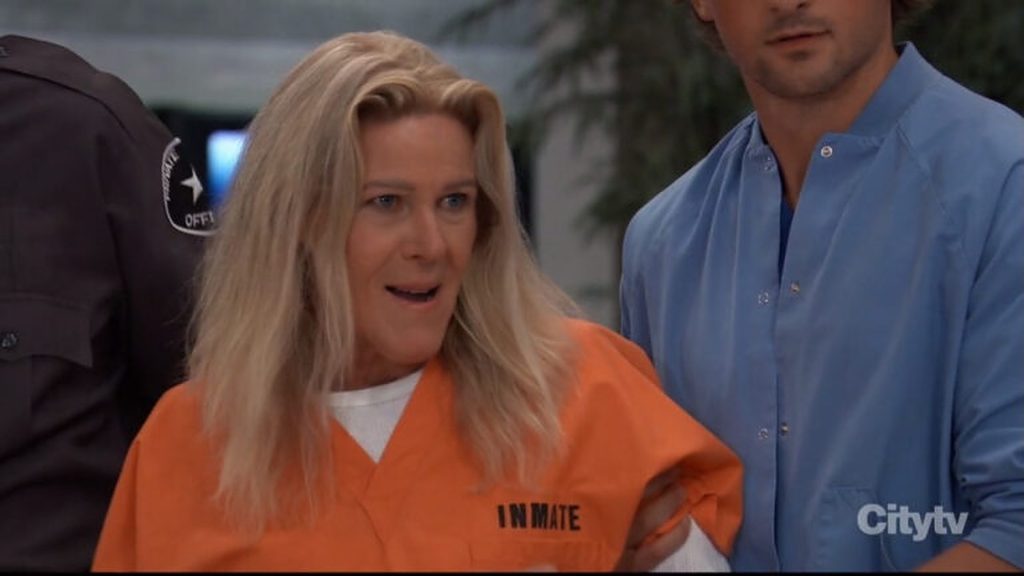 General Hospital: Is Heather Really The Hook Killer? Hints That SHE IS NOT

Recently, General Hospital put forth a rather explosive track by unraveling Heather Webber as the wretched Hook Killer. She attacked an unsuspecting Joss at the pier, however ended up killing Dr. Britt instead when a scuffle ensued between them. Dex appeared from behind and fired a shot at the killer to break up the fight. Thus, effectively wounding the psycho serial killer. After escaping and taking safe refuge, the killer removed their mask and revealed themselves as Heather to the audiences.

Heather Webber Not The Killer But A Red Herring

While it was completely unexpected and explosive to see Heather emerge as the Hook Killer on General Hospital, it was also a little odd. It just doesn’t fit the existing narrative. Neither the previous victims align with Heather Webber, nor does the motive behind the killings seem to make any sense. It looks rather half-baked at the moment. Unless there is more to the story than meets the eye. What if Heather is just a copycat and is recreating the attacks to hide the real killer? Or perhaps, she is using the Hook Killer’s identity to pull off a murder or two of her own?

Either way, it seems unlikely at this point that Heather is guilty of the earlier murders on General Hospital. The victims’ connection is still somewhere revolving around Trina, and Heather has no known ties with the teen. Except, of course, Esme. But Heather only recently learned of her own relationship with Esme. Thus, she could not have murdered anyone for revenge beforehand. The only attack she looks guilty of is the one on Trina. Perhaps, she did it to deflect the blame from her pregnant daughter Esme?

When the makers decided to sell Heather Webber as the Hook Killer on General Hospital, they were probably counting on the shock value. Alas! that didn’t happen. Viewers were more flabbergasted at the absurdity of Heather being the psycho serial killer. The netizens have simply refused to buy the theory. In the wake of this revelation, fans have offered their own theories which seem more plausible to the plot. Netizens, Jane Smith and Patty Pauley believes that it makes more sense for the Killer to be connected to Victor Cassadine as the originally intended target was Ava Jerome.

Meanwhile, Jeneane Casebere-High, believes that it could be Willow’s evil twin, Nelle. Viewers might remember Nelle recently appeared in one episode of General Hospital. In Willow’s vision sequence. Perhaps, the makers will bring her back on the soap and reveal her as the real Hook Killer. She would make more sense as the Killer than Heather. She is just as psychotic and erratic as Esme, and , if Esme isn’t the killer, then Nelle fits the bill perfectly! What do you think? Do you have any suspects in mind? Please share your views in the comments. Meanwhile, stay tuned to General Hospital to find out who really is the dreadful Hook Killer!