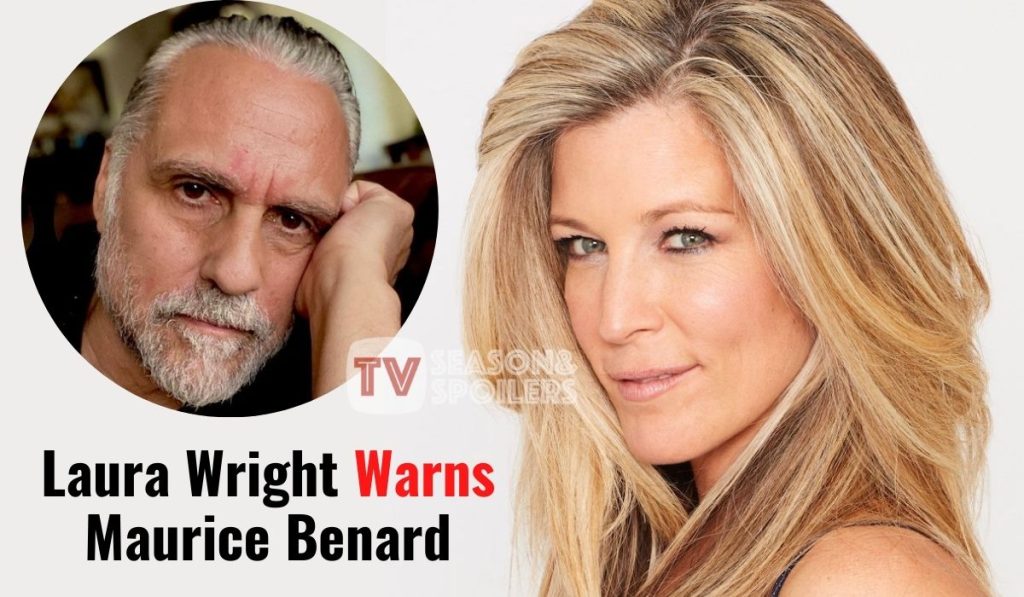 General Hospital viewers know that Sonny has landed in a lot of trouble on the soap opera. Carly recently caught Nina and Sonny red-handed in the bed together, and it was explosive. However, that isn’t the only trouble because it looks like Maurice Benard has done something that will land him in trouble. Laura Wright warned Maurice that he had said something that would land him in trouble, and it looks like he knows it. What has happened?

Recently, General Hospital star Maurice Benard took onto his Instagram to share a video. In the video, he is telling his fans something with Laura (Carly) and Cynthia (Nina) also posing in it. The video is filmed by Cameron Mathison (Drew Cain) and starts with Maurice Benard introducing Laura and Cynthia to the fans. He then says that he says it all the time, and it is a 200 dollar stuff. But he again wants to say that in his opinion, they are the two best actresses.

Both the women went “aww,” and Laura told Maurice that he could LAND IN TROUBLE for saying that. To this, Maurice says that he knows, and hence he says that it is his opinion. Both the actress then shower him with hugs and kisses. Continuing, Maurice says that he loves working with them, and some great storylines are coming up.

Agreeing with Maurice, Laura also says that a lot of good stuff is coming. She reveals that they are having so much fun, and they love how fans are loving-hating this whole thing. That is what they want on the soap opera, and it is a perfect triangle. Cynthia agreed with her and insisted that fans continue watching.

While things might not be going very well in their lives at General Hospital right now, outside of work, these people are great friends. Carly and Nina are always after each other. But in the video, they can’t stop showering love on each other. So, it is good to see that the rivalry is just limited to the soap.

As soon as Maurice posted this video, his co-stars and fans shared their opinions. Laura Wright was one of the first ones to comment and said, “Love you Mo!!!” Then she thanked Cameron Mathison for shooting the video. She appreciated his video skills. Cameron himself left some clapping emojis on the post. Johnny Wactor, who plays Brando Corbin on the soap, joined and left a comment “Heavyweights.” Maurice’s fans also left too many hearts and compliments for the trio on the soap.

Since the actors themselves have hinted how things are about to get interesting on the soap, we cannot help but be excited about everything that will come up next. Given how things are going on in the soap, it is all bound to be super explosive. General Hospital airs on ABC all weekdays. Many new twists and turns are coming up on the soap in the upcoming days. So, make sure you don’t miss any of this action.