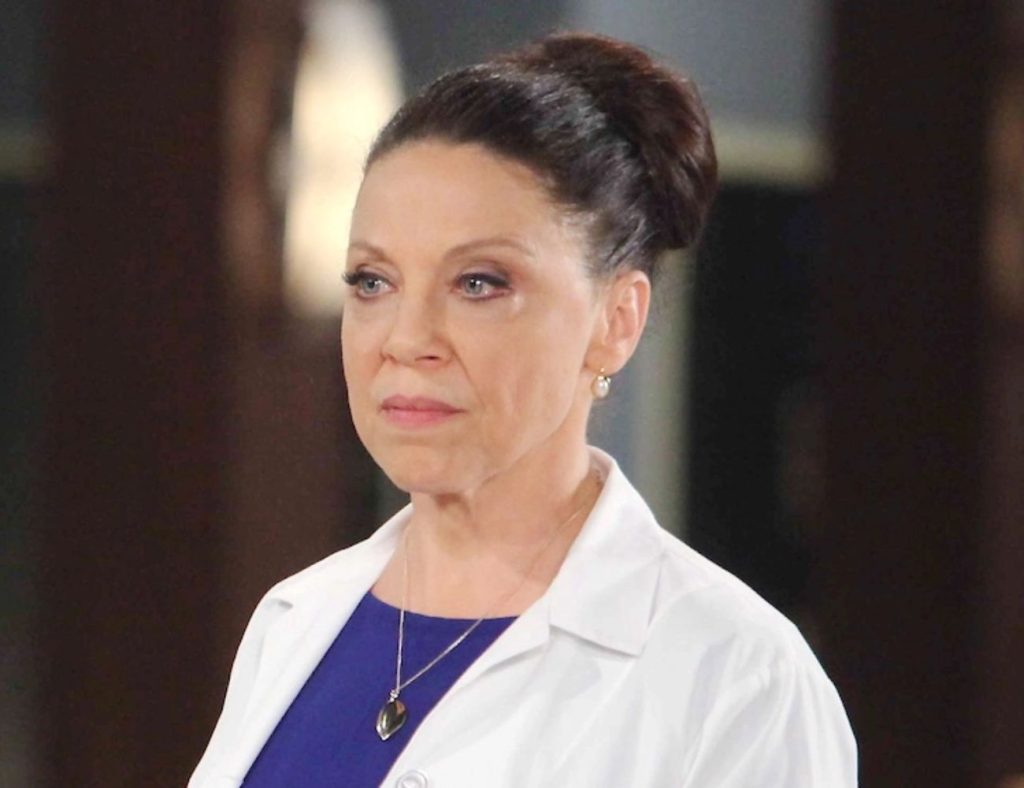 Life in Port Charles has taken a grim turn on General Hospital. The Hook Killer had been claiming life after life, but the latest victim has opened the floodgates to a whole new revenge plot. Dr. Britt’s unfortunate death has hit her mother hard. The latest General Hospital spoilers suggest that Liesl will have revenge on her mind. Will an unwitting and amnesiac, Esme, fall victim to Liesel’s vengeance on General Hospital? Let’s take a sneak peek into what could go down next on our favorite ABC soap!

Liesl Obrecht has had a rough motherhood on General Hospital. The grieving mother had already lost her son, Nathan West, long before Britt breathed her last in her arms. Understandably, losing her only surviving child must’ve knocked the winds out of Liesl. Moreover, Dr. Britt was already suffering from Huntington’s and was facing an eventual death. Thus, Liesl probably feels cheated out of whatever time she had left with her daughter. The Hook Killer

has really done irreparable damage to her.

For months the identity of the Hook Killer was kept hidden behind a mask on General Hospital. However, after the unfateful night of Britt’s unintentional killing, the injured Hook Killer took off the mask. We were all shocked to see that the face behind the mask was none other than Heather Webber. Now it’s only a matter of time, before the truth opens up before the whole town. Liesl, too, will learn that it was Heather who snatched her daughter from her. This will make her resolve for revenge steelier, especially once she realizes that Heather’s own daughter is a sitting duck in General Hospital.

So, if Britt steals Esme’s baby on General Hospital, it really will hit Heather hard. Esme, however, will just become an innocent martyr in this ploy. Liesl may convince herself that Esme is a raging psychopath and thus unfit to be a mother. She may think of this as an opportunity for a fresh start with a do-over baby. Liesl still harbors guilt over her withdrawn relationship with Britt in her younger years. Hence, she may convince herself that she can make up for all that by raising this baby right.

Do you think it’s fair to take away Esme’s one chance at pure love for the sake of revenge? Please share your views in the comments below. Meanwhile, stay tuned to ABC to find out what happens next on General Hospital.