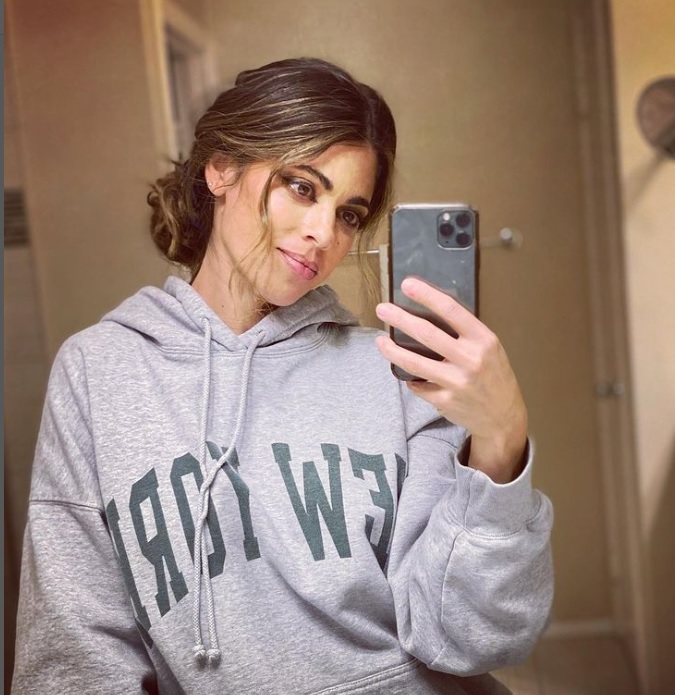 General Hospital: Lindsay Hartley Wraps Her Stint As Sam McCall On The Soap Opera, Thanks Fans!

General Hospital viewers know that Lindsay Hartley recently took over the role of Sam McCall on the soap opera. The regular actress Kelly Monaco was away and not available. So, she stepped into the role. However, very soon indeed, the time to say goodbye is here. Since her time in Port Charles comes to a close, the actress penned a special message for her fans.

This February 5, 2022, Hartley shared a mirror selfie that she took in her GH dressing room. She thanked all the fans for their support. She revealed that she only had one more episode left as Sam. Along with thanking all the fans, she also thanked Kelly and the EP Frank Valentini for trusting her and letting her step into a character that Kelly Monaco has created. Hartley says that she appreciates everyone involved.

GH viewers would know Hartley first appeared in the February 4, 2022, episode of General Hospital. TV Season & Spoilers had earlier reported that she would be coming in for only a couple of episodes. Monaco was on a brief break early in January 2022. So, Hartley took on the role. She has done a great job on the soap, and we know that everyone misses her.

General Hospital spoilers suggest that the Monday episode of General Hospital will be the last episode featuring Lindsay Hartley because Kelly Monaco will be back in Sam’s shoes for episodes starting February 9, 2022. It is good that Kelly is back because Sam’s storylines are just starting to heat up.

Spoilers For The Week of February 7-11, 2022, reveals that Sam will have some difficult conversations with Drew. They will talk about where they stand and how things will move forward for them. They will undoubtedly decide to co-parent. But, will that be all that they do? There is speculation that the two of them might take the road to romance.

Would you like it if something like that rolls out? Tell us in the comments below. It was good to have Lindsay Hartley at the General Hospital, and we wish her all the best for her future endeavors. See you soon, Lindsay!