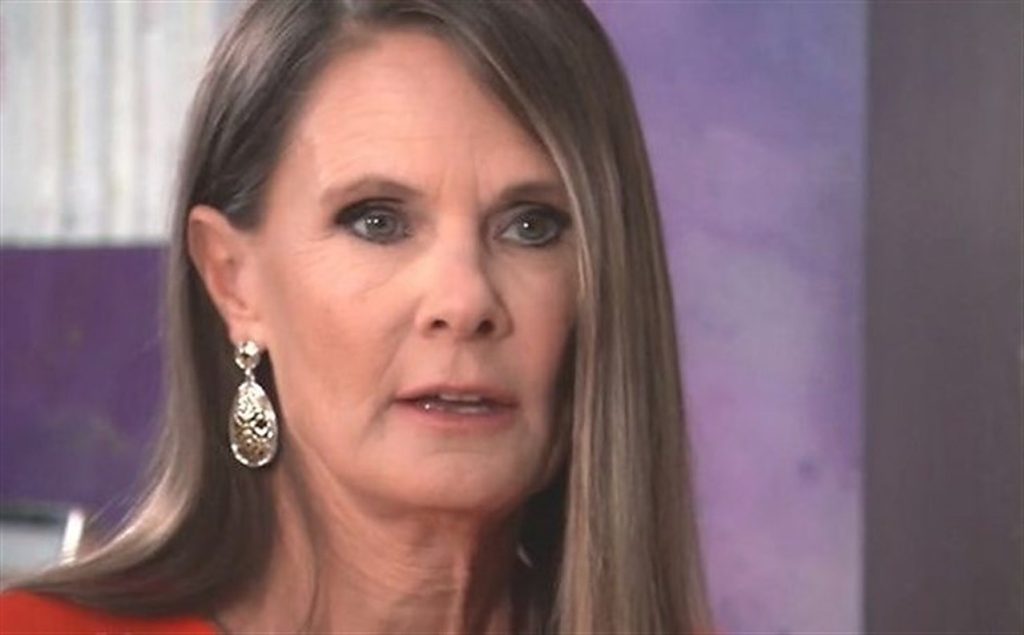 Currently, in General Hospital, Team Valentin and Anna have been getting a lot of support from Lucy. Together, the trio has been hell-bent on bringing down the Mighty and Treacherous Victor Cassadine. However, the latest progressions suggest that Victor might not be all that unwitting about Lucy playing him. Could this mean he is about to tear open Valentin, Anna, and Lucy’s plotting? Where would that leave Lucy? Is she about to step into major trouble?

In the beginning of General Hospital, Lucy was rather hesitant on joining forces with Valentin and Anna to destroy Victor. But motivated by the fact that her romance with Martin was nipped primarily because of Victor, she agreed. Things had been going smoothly for her, with Victor getting more and more involved in her. But is Victor really that naïve? Apparently, not!

In the latest episodes, when Victor was on a call with mayor Ashby, Lucy eves dropped their conversation by listening in on the bathroom phone. Moreover, she swiftly reported the news to Valentin and Anna. Later, Victor noticed a lipstick smudge on the receiver of the bathroom phone. Leading him to conclude that Lucy was listening in on him. Victor is not one to let his feelings cloud his judgment. Now that he knows Lucy is not all that she seems, he may want more information. This might land Lucy into some major trouble with Victor. So much so that her life could be on the line too.

While Victor has caught on to Lucy’s games, she is completely unaware of the danger looming over her. Further, General Hospital spoilers suggest that Victor will soon invite Lucy to join him on a midnight cruise, which she will accept. Not knowing that Victor has his eyes on her. We wonder if this is a trap. Will Victor corner Lucy on the cruise liner and force the truth out of her? We are worried for Lucy’s safety at Victor’s hands, definitely.

Furthermore, the General Hospital spoilers suggest once on board, Lucy will be in for a huge surprise, or will it be a shock? She is going to bump into a person she could’ve least expected to see there. Spoilers also reveal that actor Michael E. Knight is returning to General Hospital. So there is a huge possibility that the person she bumps into will be Martin. The last we saw of him was when Valentine got him out of Port Charles to protect him from Victor.

So, how is Martin back on the Port Charles docks? Is he even there by his own will? Or has Victor drawn him out just to trap Lucy? It seems Lucy and Martin are both about to find themselves in hot water with Victor! We can’t wait to find out what happens at General Hospital next. Don’t forget to catch up on all the drama on ABC over weekdays!