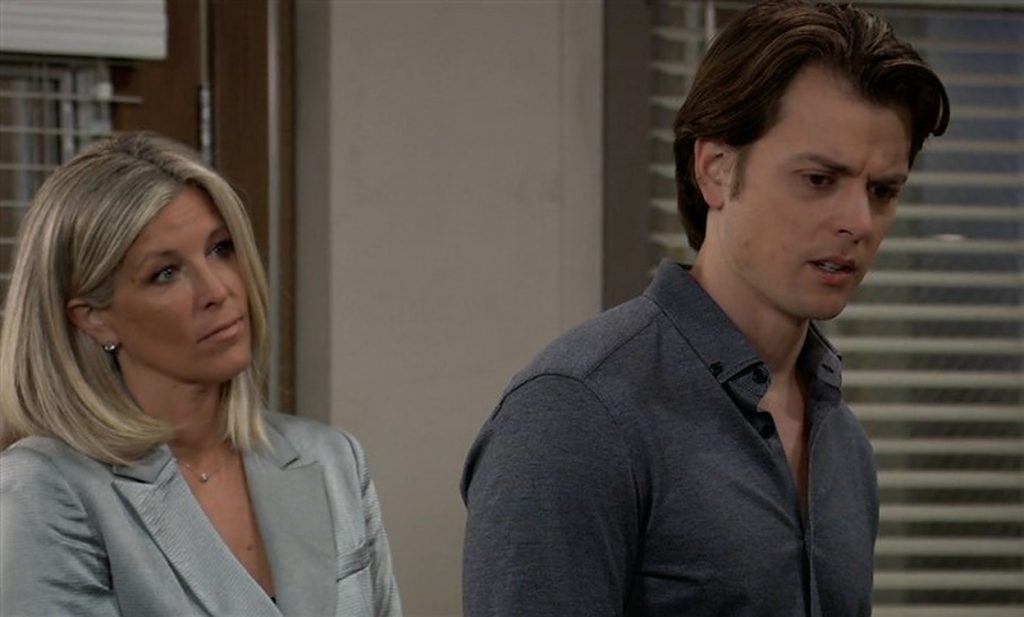 General Hospital spoilers tease that Michael may eventually come to know that Carly was keeping secrets from him regarding Willow’s Birth parents. Once Willow’s health deteriorates even further, Michael might start blaming Carly for everything going around in their family. How is Michael going to handle the situation? Will he go against Carly? Let’s discuss how this particular storyline might pan out.

The past few months have been really difficult for Willow with all the health problems she is facing along with carrying an unborn. General Hospital showed how Willow sacrificed her health for the sake of the baby. She postponed her chemotherapy to finish her trimester, but that just backfired as she got even sicker. The recent health tests showed that Willow’s cancer has entered stage 3 and is deteriorating faster than expected. One way to save Willow is through a bone marrow transplant, and for that, Willow and Michael decided to look for her birth parents, who can become the donor.

This is where all the problems started when Michael shared this information with Carly. Unfortunately, Michael filtered the health crisis and just informed about the search for birth parents. That was enough for Carly to make her own decisions. Carly knows that Nina is Willow’s bio mom, but she would never want to even imagine Nina coming closer to Willow or her family. This is when Carly started her plan to sabotage the search mission and keep Willow away from Nina. Point to be noted here is Carly is still unaware of Willow’s cancer and the real reason for the search for her bio parents. So, she will think that whatever she is doing is good for Willow and the unborn.

When Drew decides to help Michael with the search, Carly also teamed up with him. But she didn’t want to help him out.All she really was doing was sabotaging his search mission. Recently, when Drew made some efforts and found some connections between Nina and Willow, Carly jumped to erase the clues and succeeded in keeping their connection under wraps. The real question is: Will Carly’s try to derail the search mission have some adverse effects on Willow’s health? What might happen next? Let’s discuss that.

Further on General Hospital, it looks like Willow’s health might deteriorate even further and leave Michael fearful for the future. Fans know that Carly is the one who Willow and Michael go to when they are in need. How will Michael react when the same person was trying her best to keep Willow’s birth parents secrets from them? Looks like Michael might soon discover that Nina is Willow’s mother and Carly knew about it all along. But still, she chooses to keep that a secret.

Now that Willow’s health is worsening, Carly might eventually discover the reason behind the search mission. It will surely make Carly lose her composure, and will struggle with guilt. Even though Carly didn’t know about Willow’s health crisis, Michael might certainly hold her responsible for everything going around in his house. If she had disclosed it earlier, Willow could have got the necessary medical attention which she needed. But, due to Carly’s hate towards Nina, she put Willow in grave danger, one from which it is difficult to save someone.

Fans know that Michael is hot-headed and often speaks without thinking straight. So, this might be one of the cases where Michael blames Carly out of anger. He also knows that she didn’t know about Cancer, but his anger and the state where things might go beyond repair might make him talk like that. Whatever the case, Michael will fume in anger over Carly and may even say she is worse than Nina. Let’s see how GH will pan out this entire storyline. Stay tuned and watch General Hospital, it airs every weekdays on ABC. For more updates and spoilers, visit our website, TV Season & Spoilers.