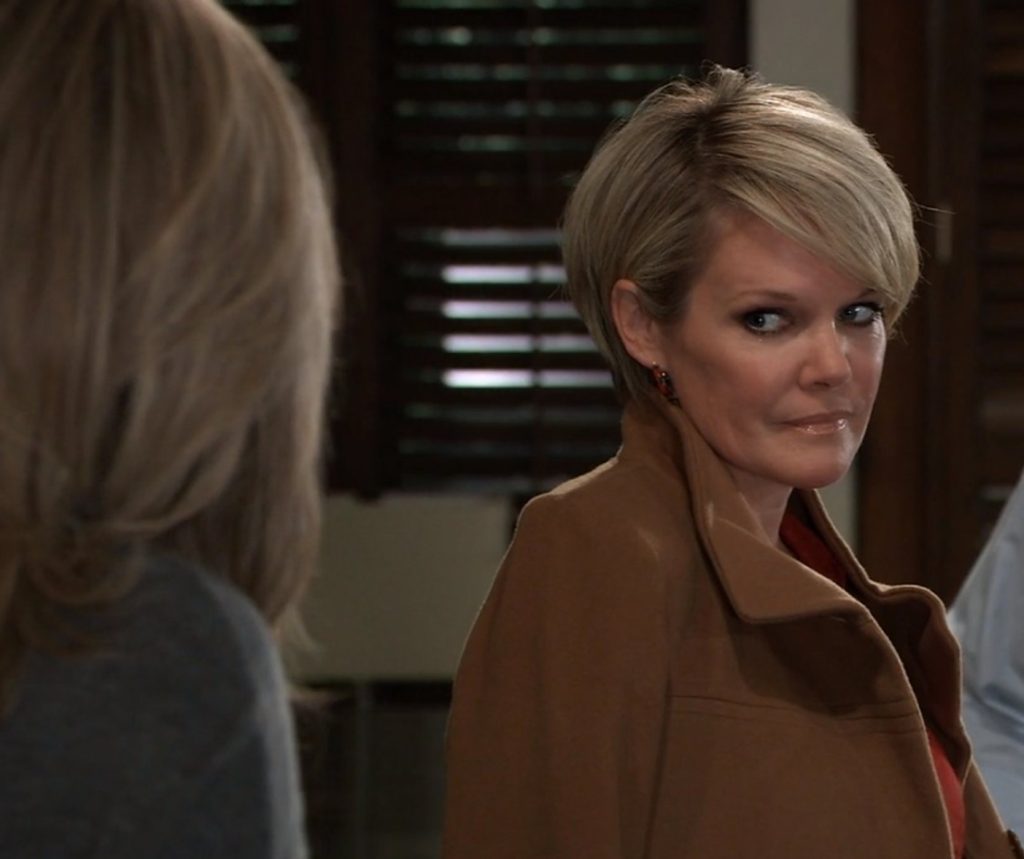 General Hospital Preview Video Spoilers For The Week August 8-12, 2022: Ava To Spill The Beans To Nina? , Sonny And Nina’s Conversation

General Hospital spoilers for the week of August 8-12, 2022, reveal that Ava might have a conversation with Nina. There are possibilities that she might spill the beans and tell her about Esme. Meanwhile, Dante will confront Brook Lynn and might try to sort things out between them. On the other hand, Sonny and Nina will talk if they are worth being with each other. In the meantime, Carly will also discuss her business goals. Keep reading, and do not forget to watch the preview video attached down below.

General Hospital preview video Spoilers for the week of August 8-12, 2022, reveal that Nina might ask questions to Ava. The preview video starts with Nina asking Ava, “What has happened?”. This will clearly put Ava in a tough position.

Fans know that it has clearly nothing to do with her and Nikolas’ bickering or divorce. It is definitely something to do with missing Esme and the mission of cover-up. However, a rather rattled Ava will reply, “what hasn’t happened?”.

In the previous spoiler, Dante clearly asked Brook what is she up to. However, she did not bother to reply him. But Dante being a detective, senses that she is up to something. The preview video shows an angry Dante confronting Brook Lynn.

It is shown that he will stop her and ask what has happened to her. He is also seen saying, “the way I see it?”. However, it is not known in what context he says that. Whatever it is, this will clearly break things apart instead of soothing the situation.

Sonny And Nina Open Up

After a rough patch, it is shown that Sonny will ask Nina about her opinion. The General Hospital preview video shows Sonny asking, “you are worth it to me, am I worth it to you?”. To this, Nina will look down and keep her composure.

As for Sonny, he is trying to make things simple for Nina but does it really sound simple? It is teased that their relationship might crumble instead of working. Elsewhere, Dante and Sam might also talk about their living together idea. As for Cody, he might still be behind Britt.

It is teased that in this week of General Hospital, Cody’s ulterior motive might come to the surface, and viewers will be able to see why he is hell-bent to date Britt. The preview video ends with Carly and Mia having a chat about business. In the clips, Mia is seen asking Carly, “what are your goals?”. To this, Carly will say, “to get back what I lost”. It is hinted that this week’s episodes are centered towards relationships. What do you people think? Whose relationship will sustain, and who will fall apart? Watch the preview clip before commenting down below. Watch General Hospital, which airs every Weekdays on ABC. for more spoilers, visit our website, TV Season & Spoilers.