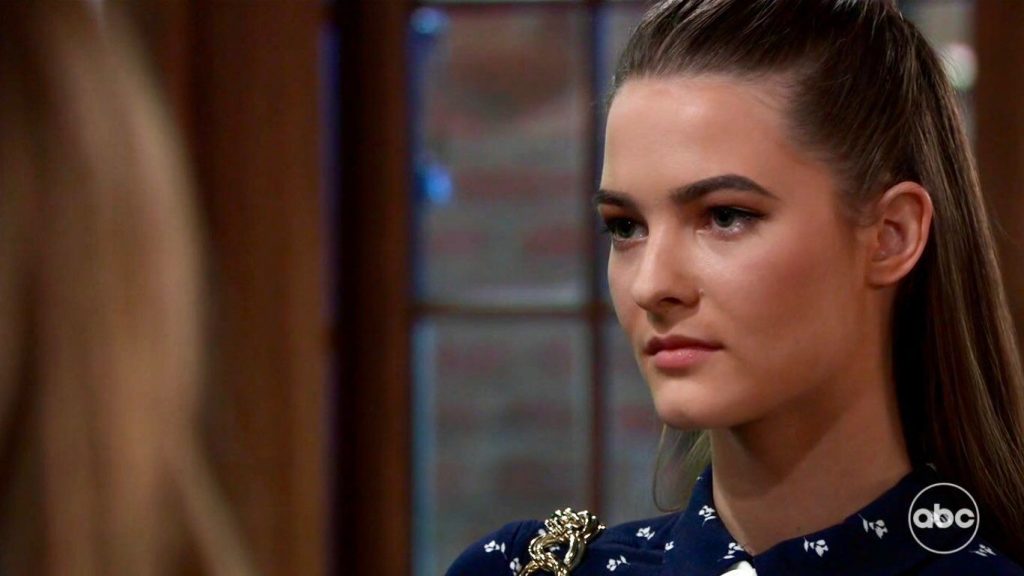 The General Hospital preview video for the week of April 11, 2022, is out, and it reveals that this upcoming week will bring some shocking revelations. First, Jordan will come bearing some bad news, and Esme will continue to plot. A fight will erupt between Nina and Willow, but this won’t be the only fight because Sonny-Brando will also fight. What is that about? Here is everything about it.

Jordan Has Some Bad News

Starting the preview video, viewers get to see Jordan as she gives some bad news regarding Trina’s case. GH viewers know that Trina has started thinking about changing her ordeal. She is innocent, but now she is feeling that all of this is affecting her friends and family big time. So, she has started considering pleading guilty.

However, General Hospital spoilers suggest that things will get worse before they get any better for Trina. The PCPD will find some new evidence against her, and that will cause new troubles. In the preview video, Jordan tells Dante that whatever this new evidence is, it could convict Trina.

More General Hospital spoilers for the week of April 11, 2022, suggest that Trina will have another discussion with Spencer in the upcoming days. Everyone in Trina’s life has been asking her to stay away from Spencer. However, Trina will fail to do so. She hopes that Spencer will help her expose Esme.

The preview video sees Trina asking Spencer how he can still be with Esme when she has done so much. Spencer will act like nothing is wrong, but his face suggests that he has started seeing Esme for who she is. In another scene in the preview video, viewers can spot Esme looking around, making sure that nobody is watching her. Esme is surely up to no good, and she will make some moves in the upcoming days.

Later on, in the preview video, the custody battle between Nina and Willow will heat up. These women will get into a tense confrontation. Nina will tell Willow that she did not ask for a fight, but now that it has started, it won’t end well. Willow knows that Nina is a rather strong willed-woman. So, she will not take this lightly.

More Nina-related spoilers suggest that she will be feeling scared when things get violent at Charlie’s. Sonny and Brando

will get involved in a fight, and that will trouble Nina. There is a masked man that both these men are fighting together.

Who is this masked man, and what does he want? We will have to wait to know. General Hospital airs on ABC all weekdays. So, make sure you tune in and enjoy. In the meantime, check out the preview video here-