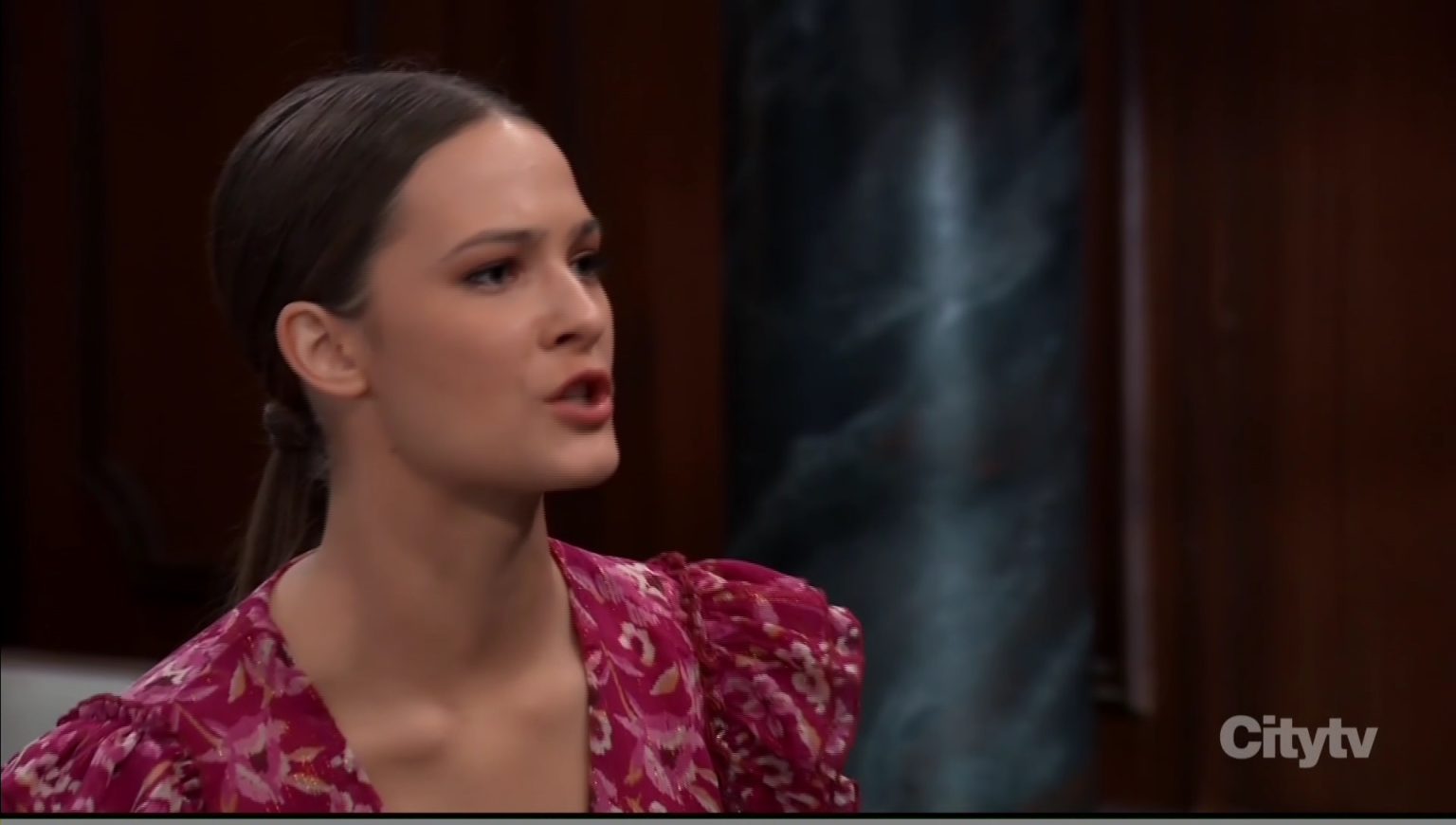 General Hospital Preview Video For The Week Of July 25-29, 2022: Esme Is In The Courtroom, Spencer Takes The Stand

General Hospital preview video for July 25-29, 2022, reveals that Spencer will take the stand in the upcoming episodes. Trina will look at someone with a trail of tears flowing down her cheek. Later, Esme also takes on the witness box. Elsewhere, Sasha will lash out at Brando for controlling her life while Brando will look concerned. Meanwhile, Sonny and Nina will have an argument. The clips show Sonny shouting at Nina while Nina is in utter shock. Keep reading further and watch the preview video at the end.

The weekly preview video for General Hospital sees that Spencer is standing in the witness box. The lawyer is asking, “whose side you are?”. Even though the video does not reveal the answer, Trina is seen looking at someone. She has a trail of a tear falling down her cheek as she looks in a direction. Is Spencer going to disappoint Trina?

However, it is speculated that Spencer will lead to add Esme being questioned. What is this sudden u-turn taken by Spencer? What is cooking in his mind? Will know it this week.

Next, it is also teased that Esme will show up in court. We do not know why she is there. However, the video shows her standing in the witness box. She is saying, “I want to end this!”. The very next clip shows a shocked, rather disappointed Ava looking at Nikolas. Is Esme going to disclose her intimate moments with Nokilas?

However, other General Hospital spoilers tease that fans can expect Esme to come face-to-face with Ava. This will explode like a bomb and put Esme in more trouble

. What about Nikolas and Ava’s relationship? How is Spencer going to react to this information? Stay tuned to GH.

This week’s General Hospital is reeking of breakups, arguments, disappointments, and loads more. The preview video shows Sonny shouting at Nina. It could be either about the Metro Court or about the Felty showdown. Sonny shouts, “If you can’t deal with that, this is not gonna work!”. He will let go of Nina’s hands and will walk away. Nina’s jaw drops as she sees this side of Sonny. What made these two fight in the first place? This week’s episodes will have the answer to it.

Further in the General Hospital preview video, Sasha is shouting at Brando. She explodes at him for controlling her life. Brando will just want Sasha’s mental health to be cured. But to his dismay, she will not be willing to listen to him.

Will this continuous bickering end up Brando and Sasha’s relationship? Stay tuned to GH for more drama-packed episodes. General Hospital airs every Weekdays on ABC. For more spoilers, visit our website, TV Season & Spoilers. Till then, watch the preview video of GH down below.