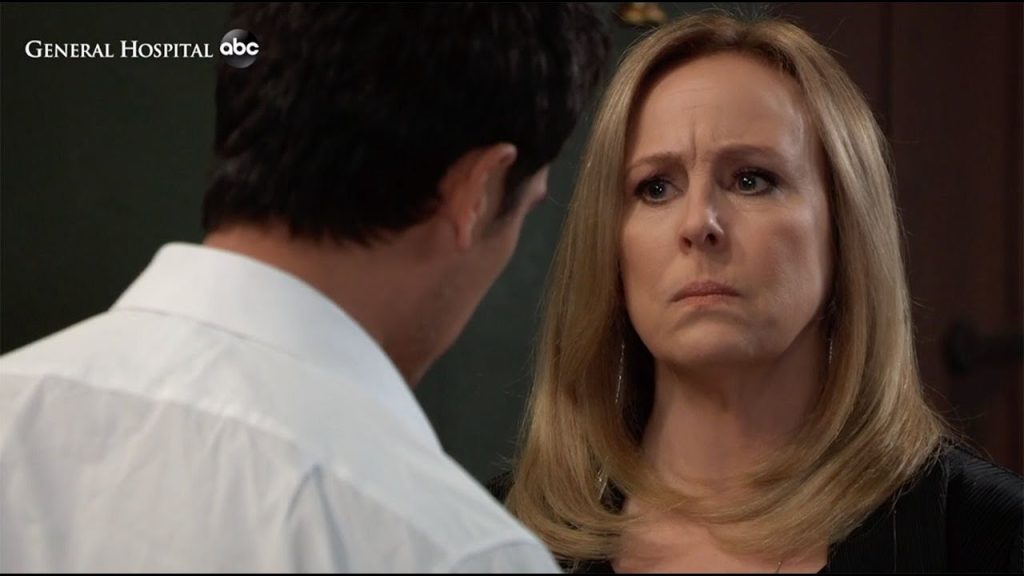 General Hospital Preview Video For The Week of June 13, 2022: Esme Tries To Convince Ryan, Laura Gets A Warning

The General Hospital preview video for the week of June 13, 2022, is out, and it reveals that the upcoming week will be full of very dramatic events. First, there will be a bar fight that will leave Trina and Josslyn shocked. Then, Esme will speak to Ryan and try to get him to understand her POV. Relationships will also be at stake, and Alexis will deliver a warning. What will this be about? Here is everything about it.

Starting the preview video, the General Hospital promotional video reveals that a violent bar fight is coming up. Since the camera is fast-paced, we cannot make out who these characters are, but we know that Trina and Josslyn will be shocked as this fight takes place.

While Trina and Josslyn deal with this, Esme will try to get Ryan to see things the way she does. General Hospital viewers know that Esme was able to get Nikolas Cassadine in the bed. But, she has agreed to keep that night of passion a secret. But, Ryan will not want Esme to do it. Esme wants to wait for the perfect moment, but Ryan wants Esme to break Ava-Nikolas up.

Further preview video reveals that stakes will be raised in the upcoming week of June 13, 2022, and many relationships will be at stake. The preview video features Nikolas and Ava. Then, there is also a clip of Sonny and Carly. The preview video sees Carly lashing out and glaring at Sonny as if she doesn’t recognize him. So, it is likely that they will be speaking about Michael.

General Hospital preview video for the week of June 13, 2022, also reveals that a catastrophic event will happen on the soap opera. Laura will receive a warning, and the one giving her this will be Alexis Davis. Alexis will call Laura and warn her about it. What would this event be? We will have to wait to know. General Hospital airs on ABC all weekdays. So, don’t miss the action. In the meantime, check out the preview video here.