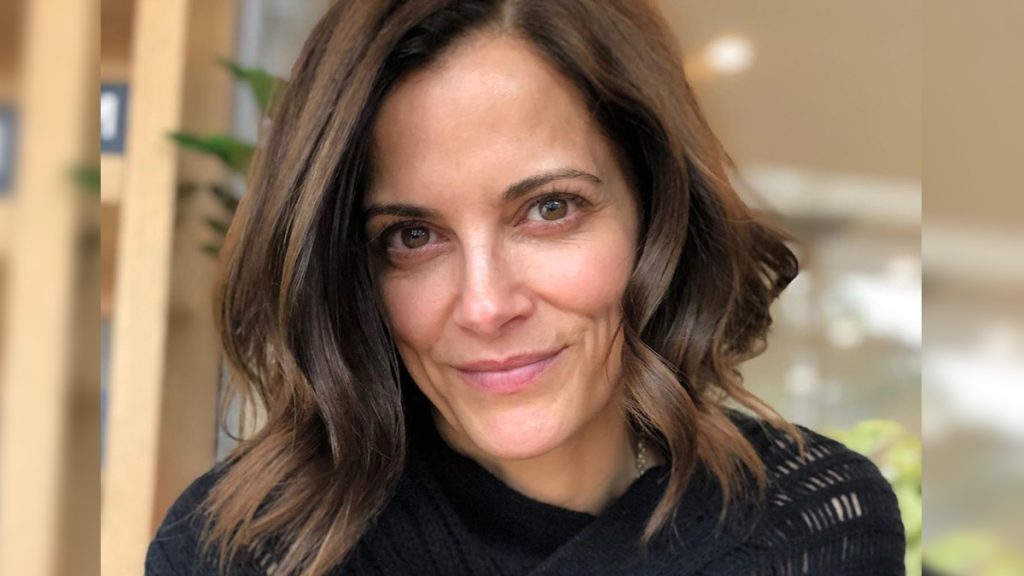 Elizabeth has recently suffered a really tough time on General Hospital. Finding out her true connection with Finn’s wife, Reiko, and some dark secrets about her family. Speaking of Elizabeth’s family and, well, Finn, there is another name that pops right up in our minds! Hayden! Viewers will remember her as Elizabeth’s half-sister and Finn’s Babymama! It’s been a good three years since we last saw her on General Hospital. However, that could change real soon! Keep reading to find out what’s cooking!

Actress Rebecca Budig expressed her gratitude to all her fans who still talk about her and her character on General Hospital. She shared in a chat with Soap Opera Digest that her fans still ask her to come back as Hayden on GH. For the uninitiated, Rebecca played the character of Elizabeth’s half-sister, Hayden. She was fathered by Jeff and was in a relationship with Finn. However, the damsel escaped Port Charles after her ex-lover, Nikolas Cassadine, convinced her that his cousin, Valentin Cassadine was out for her blood. Oh wait, we meant to say Nikolas LIED to her about Valentin wanting to kill her!

Nevertheless, Hayden skipped town on General Hospital, convinced that Nik was telling the truth. She left Finn and their daughter Violet behind in Port Charles. Finn later started a relationship with Hayden’s half-sister, Elizabeth. In the time that Hayden was gone, she surely missed out on a great deal of developments in the town and more importantly, in her daughter’s life. Also, not to mention all the mess that has happened in Victoria’s life. So if you ask us, we’d say if there was a perfect time for Hayden to return, it would be now!

Also, what fun would it be to add another bullet too, and already fretting Nikolas on General Hospital? The Cassadine heir already has his hands full with his own baby mama, Esme. On top of that, he has to make sure Ava doesn’t find out the truth about Esme. And it’ll get all the more messier, once Spencer is back home and Nik will have to deal with working on his relationship with his son while hiding the fact that he may have impregnated his son’s ex girlfriend! Imagine Hayden coming back and adding another painful expose to that list! Valentin may also get rubbed the wrong way by Nik when he finds out Nik used his name to drive Hayden out of town!

Actress Rebecca Budig states that she is open to returning to General Hospital as Hayden if she was ever asked to. However, the makers of the lone-standing ABC soap, have not approached her yet. But, considering all the shazam Hayden’s return could bring to Port Charles, we sincerely hope the makers think about it! Meanwhile, stay tuned to ABC over weekdays to find out what happens next on General Hospital.