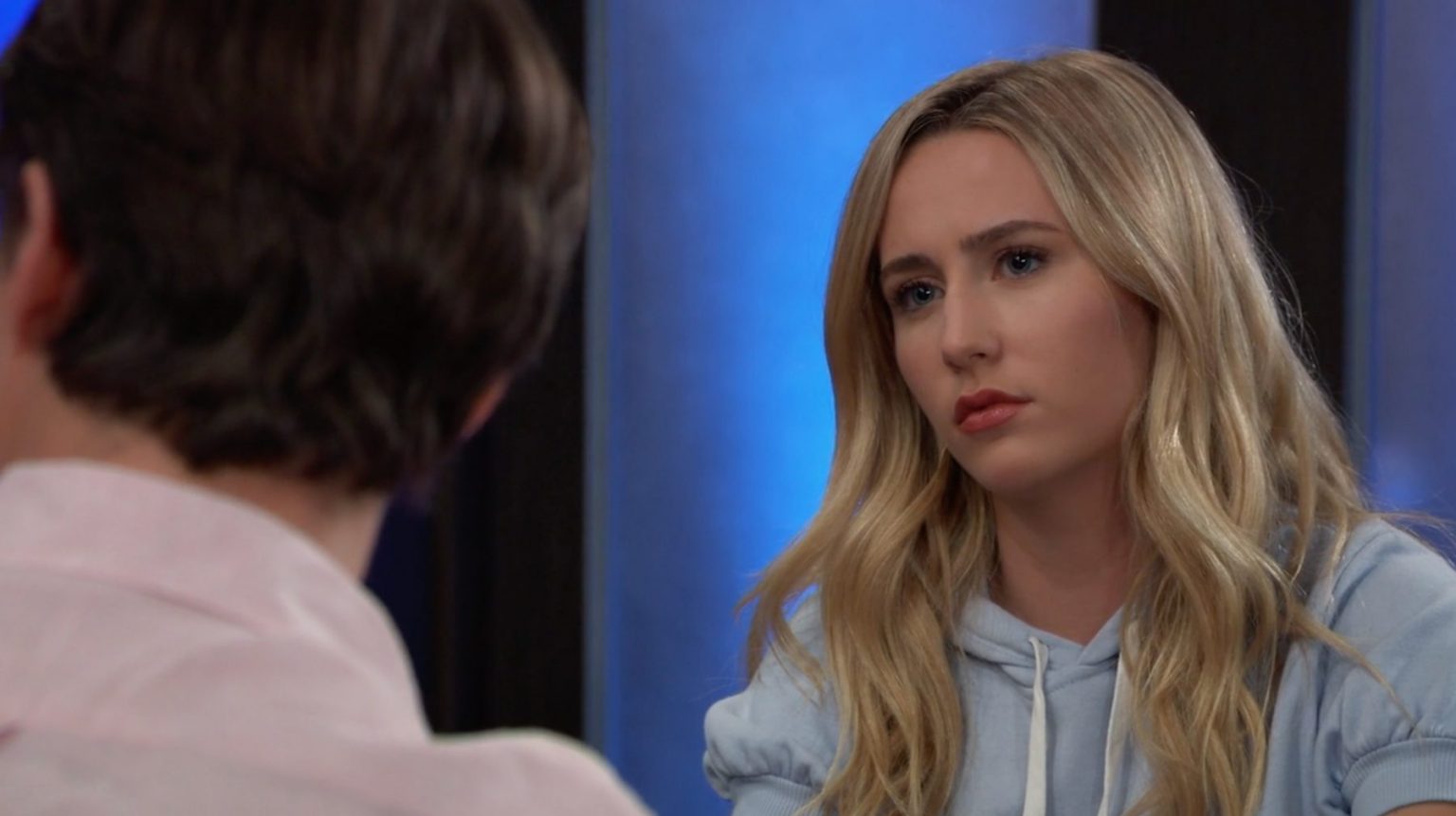 General Hospital Recap For July 25, 2022: Josslyn Records Sonny And Dex, Oz Is In A Coma

General Hospital recap for July 25, 2022, reveals the aftermath of Sasha’s relapse. Sonny decided to take the law into his own hands and attacked Felty. Dex joined him as well, leading to Felty’s death. Josslyn records the two of them in action. Sonny tried to persuade her to change her mind. When it didn’t work, Dex tried to talk to her as well, and she deleted the video.

Meanwhile, after this gruesome event, Sonny stormed the gates of Carly’s house. He informed her about Josslyn’s behavior. Carly defended her daughter and told him she could do anything she wanted. Curtis rescued Oz and put him in the hospital, but he was in a coma. Would he be saved? Here is everything.

Sonny Is Caught In The Act

In this episode of General Hospital, Sonny spoke to Felty about his drug dealings with Sasha Gilmore. He threatened him and punched him in the gut. Dex got him down and gave him a good thrashing as well. Sonny suggested that no one would ever be able to find Felty’s body. Josslyn took the opportunity to record the entire ordeal from a distance.

She has decided that Sonny should now go to prison. However, he urged her to change her mind about this and think about Avery and Donna Corinthos. Furthermore, he told her that her decision would not make Kristina and Dante very happy either. Josslyn stopped him from painting her as the culprit. Sonny left, and Dex continued to beg Josslyn not to get them arrested. After Dex’s requests, Josslyn realized that she wouldn’t let another life be ruined because of Sonny. She deleted the video of the crime from her phone.

Meanwhile, in another part of town, Carly spent time with Michael and Willow right after they broke the pregnancy news to Drew. He was happy for the couple and decided to celebrate together. After Willow and Michael left, Carly and Drew shared a warm kiss and got cozy with each other.

Right then, Sonny burst into the house and complained about Carly needing to control her daughter. He informed her all about what Josslyn did. Carly stopped him short and said that Joss was now a grown-up and could decide what she wanted to do on her own. Sonny insisted that Josslyn had a personal vendetta against him because of Carly. Drew tried to intervene, but Sonny shut him down. He threatened her that she had more to lose than just her hotel and stormed off.

Oz Is In A Coma, Esme Wants To Tell The Truth

In this episode of General Hospital, Oz Haggerty informed Curtis Ashford that a woman had given him a drink that led to his current decapitated state. Curtis arranged for help and took Oz to the hospital. Esme called the hospital’s nurse station and informed them that she was Oz’s daughter. They informed her that he was in a coma, news that made Esme very happy.

Meanwhile, Esme headed to the Metro Court and called Nikolas Cassadine. She told him it was high time she wanted to tell the truth about their affair. Nikolas stopped her and promised to get her back at Spring Ridge. During this mess, Ava Jerome informed Spencer Cassadine about what happened at the court. General Hospital airs weekdays only on ABC. Catch the latest news and spoilers from the show only on TV Season & Spoilers.