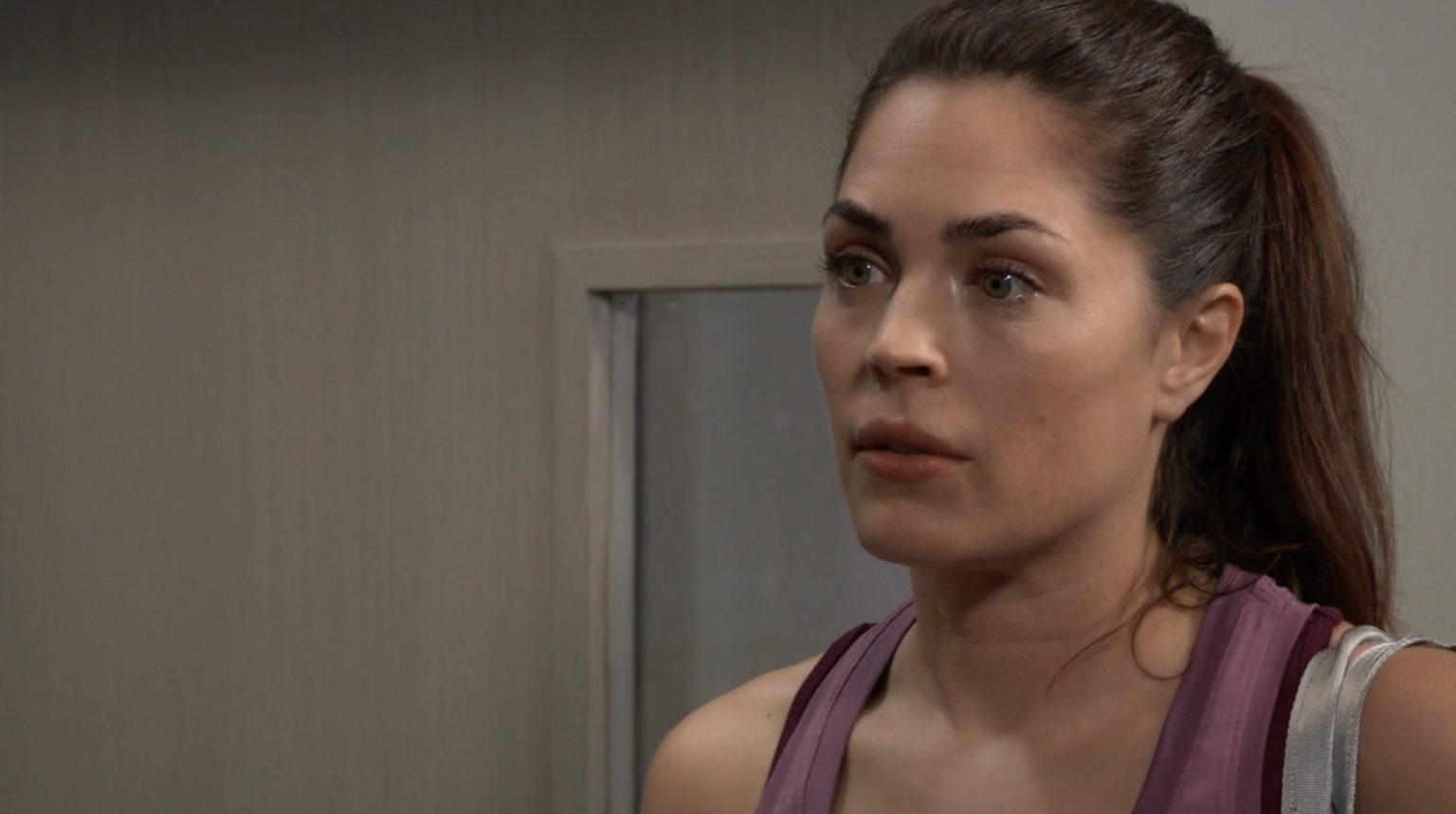 General Hospital recap for Tuesday, June 7, 2022, is out, and the episode was for sure a lot of drama. The previous episode took us through a set of entertaining twists and turns. We saw an emotional Leisl intervene in Britt’s life. Later, Michael hatches a plan with Ned. Sonny is worried about his business. He believes Michael has disturbed his business, reducing his coffee contracts drastically. Meanwhile, Curtis learns the truth about his father’s schizophrenia. Marshal tells him all about his life fighting a mental illness. What more happened? Here is everything about it.

Britt is hung over and upset after the drunken drama at the Society Setups party. Brad and Liesl are very concerned about her well-being. They make their way into her hotel room and wake her up. They decide to confront her about her downward spiral and wish to intervene.

Britt denies their help and says that she will live her life on her own terms, even if it is self-destructive. Leisl speaks with Britt alone and tells her that it is not okay for a mother to outlive her kids. She reminds Britt that she grieves for Nathan every day and is grateful that she still has her beloved daughter. She reminds her to feel gratitude as well, not just the love that she feels from Scott Baldwin. Woof, what an emotional rollercoaster this episode from the General Hospital was!

Michael Arrives With An Offer, Ned Has A Counterplan

Valentin has already arrived at the Quartermaine stables with an offer for Leo’s new horse. In Tuesday, June 7’s episode of the General Hospital, we saw Michael arrive with an offer

as well. Both men have decided that they want Ned on their side when the ELQ wars begin.

Ned suggests that Michael, him, and Drew can divide all CEO responsibilities. Michael rejects this offer because he believes Drew would never accept it. Ned reminds Michael that he once changed his diapers, and hence, he has the right to make a call on his own terms.

Carly Corinthos believes that she is an ideal candidate to help Drew get ELQ back from Valentine as an honorary Quartermaine. On the other hand, at the gym, Sonny is worried that his coffee contracts are disappearing because of Michael’s vendetta. Dex, his employee, eavesdrops on this conversation and heads to Michael’s stables to pay him a visit.

In Tuesday’s episode of General Hospital, we witnessed Curtis learn about his father’s schizophrenia. Marshal reminds him that he could have been affected just like the homeless men we see on the street. However, that is not the case. His father is on adequate medication for the mental illness.

Marshal tells Curtis that his father is well taken care of. He gets the chance to walk in the air and enjoy the sounds and sights of nature that help him ground himself in reality once again. Marshal tells him that Curtis’ decision to open a music bar helped him make up his mind and decide to reveal the truth.