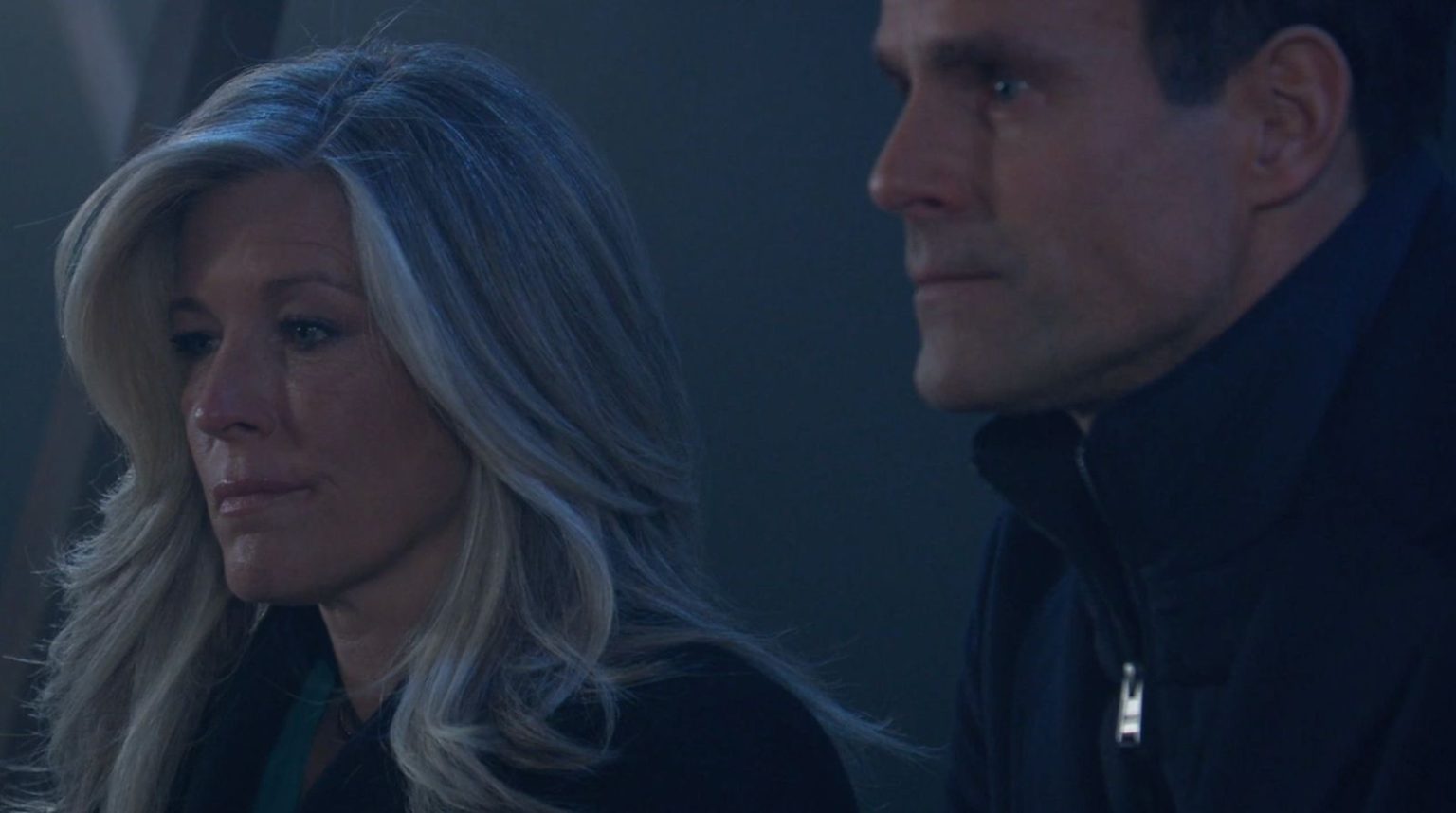 General Hospital: Passion Explodes Between Carly and Drew, Ends Up Hooking Up

General Hospital spoilers reveal that things are going to change for Drew and Carly in the coming weeks on the soap. The viewers might expect some passion exploding between some characters.

As the speculation has it, Drew and Carly would feel distraught after all they have been through in their lives and they might bond. It also seems perfect for them to end up being there for each other for emotional support. What would happen next? Keep reading to find out.

Carly & Sonny’s Marriage Is Over

For starters, the spoilers for February 8, 2022, revealed that Carly red-handedly caught Nina and Sonny doing the deed. Sonny stumbled to get dressed and wanted to explain himself to Carly. Sonny explained to Carly that he thought their marriage was over and she would never come back. But, Carly told him that he went rushing to his backup lover. Carly also mentions that he didn’t waste any time hitting the sheets with Nina.

She caught Sonny with the woman she despises the most. Now, Carly thinks that she can’t fix a marriage that involves three people. General Hospital fans know that Sonny and Carly have been facing a hard time dealing with their problems for a while now. Now that Sonny has hit the sheets with Nina, that will be the last straw for Carly to take.

While Carly caught Sonny, GH might be trying to bring someone else into her life. Regular viewers must have noticed Carly and Drew running into each other a lot in the recent episodes of the soap. Carly could have leaned on anyone on but, it was Drew. It looks like the soap is trying to bring Drew, who is Jason Morgan’s twin brother, closer to Carly.

Drew has made it clear that he cannot replace Jason, and he has also said that out loud many times. Drew is a family man, and he tries to support the people he cares for. And he definitely cares for Carly and doesn’t want to see her getting hurt. So, it is likely that Carly and Drew would come together.

Lonely Hearts Find Solace In Each Other; Passion Explodes

General Hospital Spoilers for February 14, 2022, reveal that Carly will go looking for support. The first person to pop into her head would be Drew, who had already offered her his friendship. GH fans know that Drew also spoke to his ex-wife, Sam McCall, who made it clear that she has feelings for Dante. So, that will definitely leave Drew feeling rejected.

As for Carly, she won’t be able to forget what she saw with Sonny and Nina, and she would also need someone. While her kids and family love her, but this betrayal wouldn’t pass by easily. If Jason had been alive, we know Carly would lean on him. However, with Jason not being available, Drew looks like the next best option.

Not only that, Drew has been trying to be there for Carly recently. So, with both of them feeling betrayed and hurt, they might find solace in each other. The speculation is that Drew and Carly might take things another level. They will move out of the friend zone. The point is that two broken hearts might look for support and might end up kissing.

Soap opera fans are very well aware that comfort can lead to various aspects for a pair. Given the circumstances, they might give in to the temptation and end up hitting the sheets. That doesn’t mean that Carly and Drew would fall in love or but a hookup could be on the cards. Would Drew and Carly end up getting in a relationship? That can happen too. But for now, they seem to be inching closer and all of this will be interesting.

Tell us in the comments below, Do you want to see Drew and Carly together? TV Season & Spoilers will keep you updated with all the news until then. So, stay tuned. General Hospital airs on ABC all weekdays. Don’t miss the action.