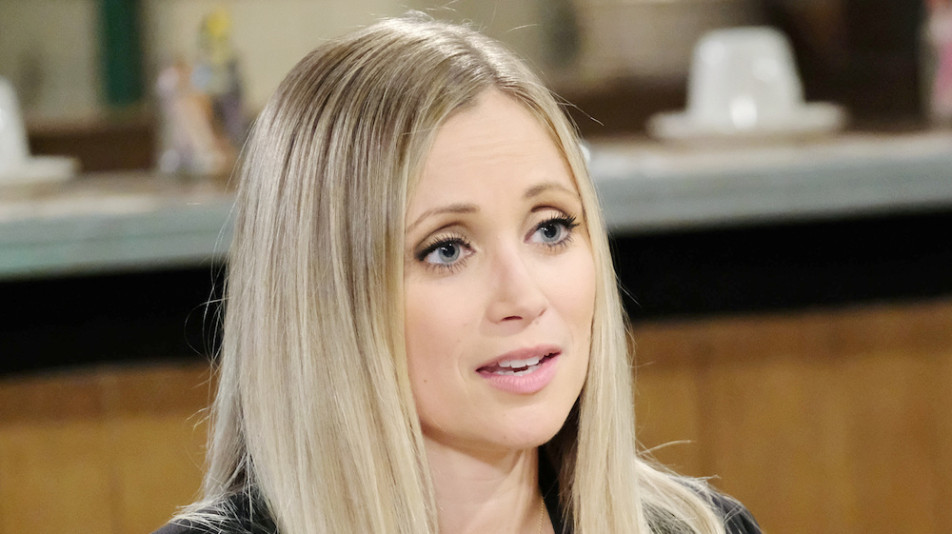 General Hospital Speculations: Is Lulu Coming Back? How Will It Affect Dante?

The latest General Hospital speculations suspect if Lulu Spencer will wake up from her coma in the upcoming days. Her name has been popping up a lot on the soap opera lately. So, would she wake up and shake everything up for Dante?

GH viewers know that Dante and Sam are coming closer each day. But if Lulu wakes up, it would make a very complicated love triangle. What will happen? Here is everything to know.

Lulu’s Name Has Been Popping Up

General Hospital viewers would recall that Lulu had fallen into a coma after the floating rib incident in Port Charles. Ever since then, she has been away for her treatment. However, her name has been popping more and more in soap opera lately.

Recently, Lulu’s best friend Maxie Jones spoke to Austin about her. She was telling Austin about Lulu and Dante’s love and how Brook did something very crafty to try and break the couple. That was also the time when Maxie pointed out that Dante and Lulu were unbreakable. They have been in love for ages, and nothing could tear them apart.

Maxie also told Austin about Dustin Philips. Dustin was the teacher who died in the floating rib accident. He proposed to Lulu before she fell into a coma. Maxie revealed that Lulu had told her that she wouldn’t have accepted Dustin’s proposal because she was still in love with Dante. Lulu tried to tell this to Dante, but before she could do anything, she fell and collapsed. Since there has been such an elaborate conversation about Lulu and Dante’s love, we can’t help but wonder if Lulu would come back and want to revive it?

General Hospital viewers know that Sam and Dante are inching closer every day. In the recent episode, they confessed how they felt for each other. Dante has told Sam that whatever he had with Lulu is over, and now he is ready to move forward. As for Sam, she assured him that she was over Drew Cain

too. So, they have decided to give their budding romance a try.

However, if Lulu does come back, everything will change. Dante believes that Lulu does not love her. But if she comes and tries to rekindle their romance, that will leave Sam high and dry. Lulu might tell Dante that she never really planned to make a life with Dustin. So, that might leave him with a difficult choice.

Would Lulu Come Back This November?

Soap Dirt speculates that Lulu might make her comeback in the November sweeps. Lulu’s name has been dropping a lot, and it seems like a good possibility. Lulu’s mother, Laura, will be on her way back to Port Charles soon too. So, Lulu might come back soon. Lulu portrayer Emme Rylan has now come back to L.A. and is all settled. So, she might join the soap sooner than later.

A messy love triangle might be in the making of the soap opera. So, make sure you tune in and enjoy. Tvseasonspoilers.com will keep you updated with all the news about General Hospital. Keep an eye on this space. In the meantime, would you like to see Lulu back in action? Share your thoughts will us in the comments below.