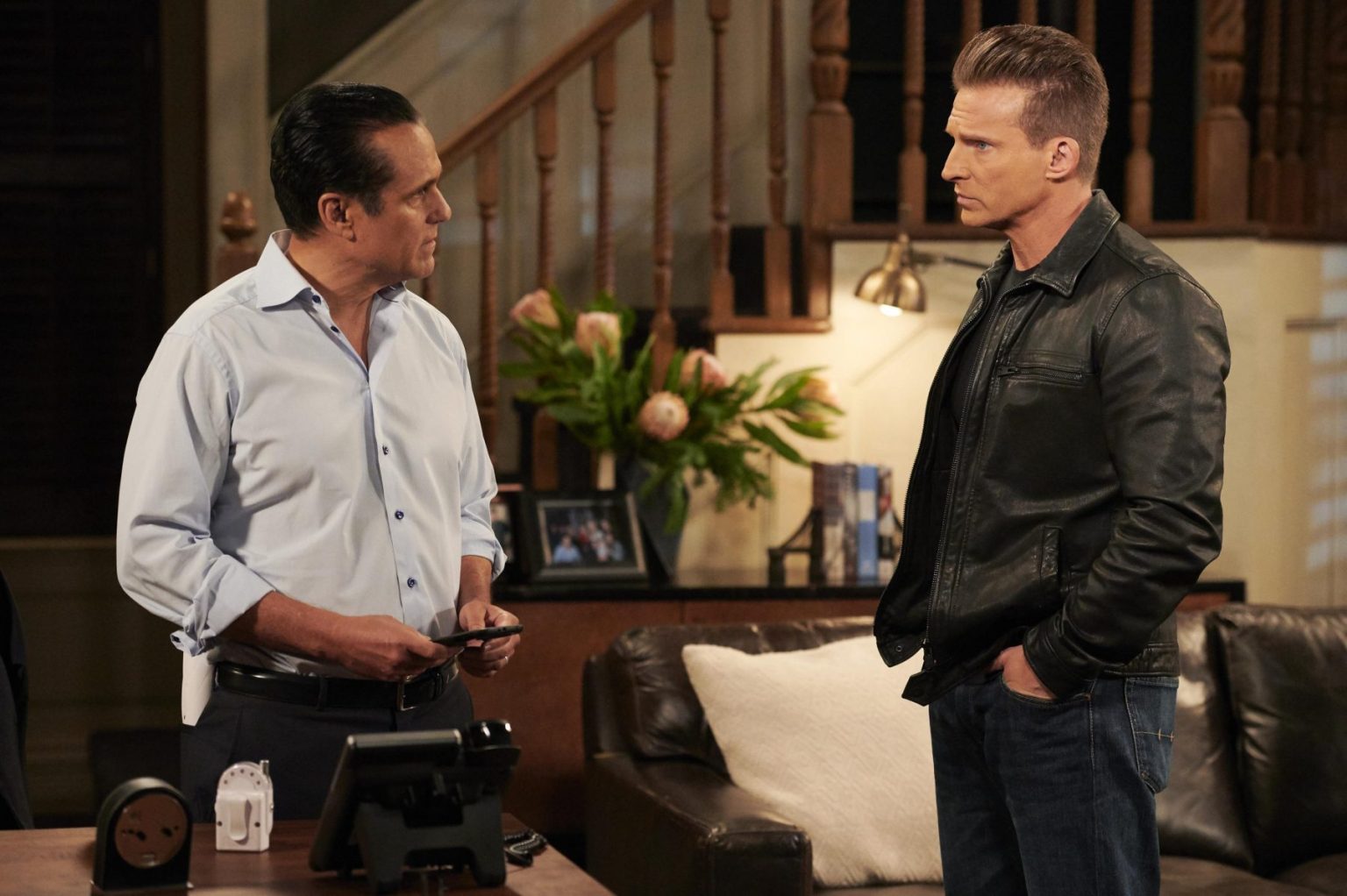 The recent General Hospital spoilers for October 14, 2021, hint that Ava will surprise Nina with her reaction. Whereas Sonny’s questions will create trouble for Jason, Brook will continue her efforts to torment Austin.

And Spencer, who ended up in jail, is about to meet someone. But who is coming to see Spencer? Scroll down to read everything about to happen in GH on Thursday.

Spoilers claim that in the next episode of General Hospital, Ava will say something that will surprise Nina. But, what is that? As viewers know, Ava now knows that Mike is none other than Sonny. So, Ava will go to Nina’s office, persuading her to fight for Sonny. Naturally, this will make Nina wonder how Ava is supporting her. But what Nina does after that is yet to be seen.

A lot of troubles are on the way for Jason in the coming episode. Spoilers hint that Sonny will ask Jason about the true nature of his and Carly’s relationship. Sonny will wonder what would have happened if he didn’t show up on time. But Jason will be hesitant to answer any of them. Instead, he will ask Sonny to get all the answers from his wife Carly.

However, Sonny would still like to get answers to all his questions from Jason. But it is still a mystery whether Jason will unveil everything in front of Sonny? Or Sonny will find another way to find the truth. Speculations are there that Jason might accept that he and Carly got married for real and the wedding night would have been real too. So, a lot of melodrama is on the way for the trio.

General Hospital spoilers hint that Brook will meet Maxie and will tell her about her scheme to sink Austin. Brook will spill everything about Austin’s HIPAA violation and her scheme to get his medical license canceled. Once Maxie knows everything, she will feel that Brook is going too far with this. After all, this will affect Austin’s career and reliability.

On the other hand, Maxie believes that Austin honestly wants to help Leo. So Maxie might feel that Brook is being too vengeful for Austin.

More Austin-related spoilers tease that Britt will speak to Austin about this complaint. But before he speaks, he will want a lawyer. This is a smart move from Austin, given everything that Brook has in mind. Eventually, Austin will also meet Maxie and will warn her. Brook’s game of tormenting Austin will probably make him feel that Maxie should be careful when it comes to Brook. He might believe that she doesn’t really need enemies when she has friends like Brook.

General Hospital spoilers suggest Harrison Chase will put Cameron in the PCPD session. It looks like this will have something to do with Spencer’s actions and his arrest. GH spoilers hint that Chase will want Cameron to tell him everything he knows. He will expect that this way, they might be able to save him.

Talking about Spencer’s crime, spoilers claim that, soon, Spencer will meet someone. His meeting will be quite anxious. Who is this person? Speculations are there that it could be Nikolas who will meet Spencer. The Thursday General Hospital preview video showed Spencer’s glimpse, saying, ‘Is that all you care about?’ Would things get better between this father-son duo or things are about to get ugly? We will know soon.

suggests Trina will struggle with her feelings for Spencer. She knows everything the man has done. But she will find it very difficult to shake those feelings off and hence she might start feeling frustrated. Would Trina be able to give Spencer a second chance? How will she move on from here?

On the other end, Josslyn will also be struggling with her anger towards Esme. GH viewers know that Joss feels that Esme has been manipulating Spencer to do whatever he is doing. So, she will want Esme to pay.

However, the spoilers for the episode of October 14, 2021, reveal that Joss will speak about this to her mom who will suggest that she lets it go. Carly will insist that it will be better if Josslyn lives her life peacefully instead of fretting over Esme. Would Josslyn be able to follow that advice?

Rounding off the spoilers will be Britt, as she will get more worried about her mother. She will be in a dilemma about whether to reach out to Jason or not. However, there is a possibility that Britt might end up asking Jason’s help. After all, she must find Liesl at any cost. It looks like lots of twists are about to come in General Hospital. So don’t miss out on any of the episodes, and stay tuned.