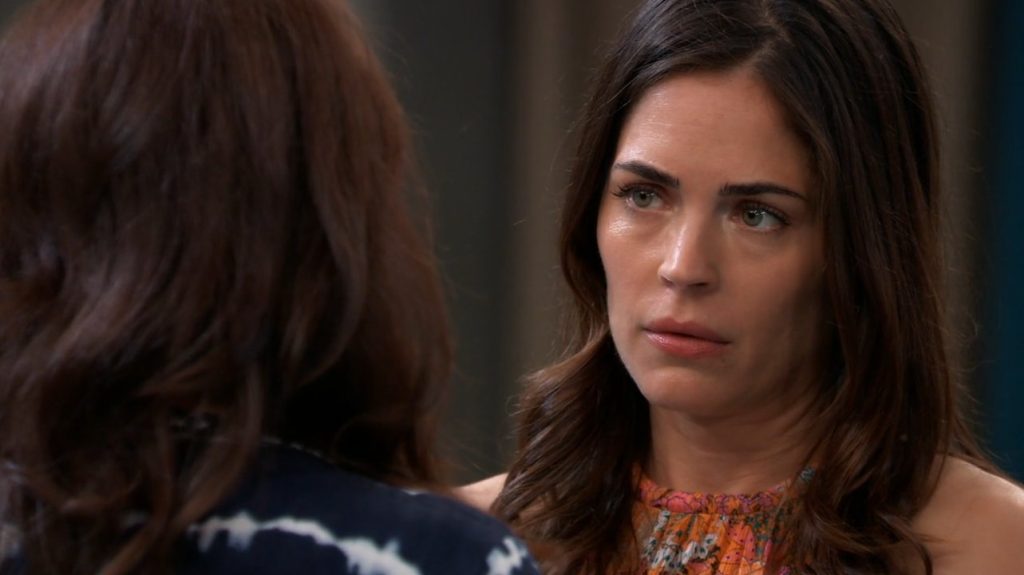 General Hospital spoilers suggest that the dark feeling that Britt had been living with for all this while might go far away very soon. GH’s spoilers hint that Britt’s Huntington diagnosis might be bogus, and she might come to know about this through Peter. Viewers keeping up with the soap know that Peter has left Britt with a safe box that has something mysterious. What if this is something in that box that gives Britt the truth? Here is everything that can happen.

Long-time General Hospital viewers know that Peter and Victor have worked together for some time. They were trying to take down Port Charles while they were working together. Looking back at it, it looks a little out of scope that Peter would just help Victor without Victor having something big to leverage him. Now, the latest GH spoilers suggest that what Victor had on Peter could be something regarding his family.

GH viewers also know that Britt is Peter’s half-sister. While Peter is one of the biggest villains in Port Charles, we might like to believe that he has started feeling a little connection with his family. What if Peter had some leverage on Peter, and it had something to do with Britt and her health? Could Peter have something to tell Britt about it?

Peter’s Safe Box, Tells Britt The Truth About Her Health

General Hospital viewers would recall that Britt only got her Huntington’s disease diagnosis in Canada, and when that happened, many of the fans believed that the reports were tampered with. Now, General Hospital spoilers suggest that it could really be possible. The spoilers for the week of October 24, 2022, suggest that Cody will find the key to the safe box Peter had left for Britt, and he will suggest they open it.

Further spoilers suggest that when they open the box, they might come to know that Victor might have tampered with Britt’s diagnosis. It is likely that Britt never had Huntington’s disease

, and it was just Victor making Britt believe that. As Peter’s time came near the end, he might have started feeling a little inclined towards his family, and he might want Britt to live more freely.

General Hospital: What Would Britt Do Next?

As the news has it, Britt’s portrayer on General Hospital, Kelly Thiebaud, is on her way out of the soap opera. So, we can assume that Britt would come to know about her true diagnosis, and she will want to live her life to the fullest. She might not want to miss anything, and hence, she would leave Port Charles and explore the world. With that said, the option of recast is always open on GH. So, that might happen too. Whatever happens there, it looks like much drama is coming up on the soap opera. Make sure you tune in and enjoy. General Hospital airs on ABC all weekdays. Don’t miss the action.