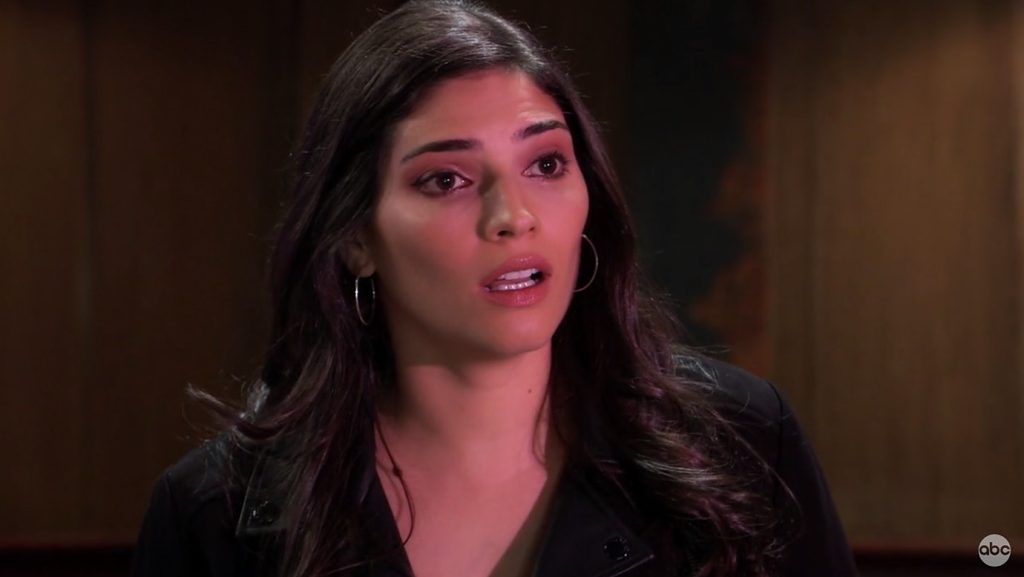 General Hospital spoilers tease that the next person to get hooked might be Brook Lynn. Either she might be hooked or be chased by the hook killer. Brook might land in the wrong place at the wrong time and relive one of her biggest nightmares. Read further to know how the storyline will make Brook relive her past memory if she encounters a hook killer.

For the past one month or so, Port Charles has become very dangerous to live in. with all the chaos created by a hook killer, everyone is scared for their lives. The way mayhem started with Ava, then Brando, Diane, and now Oz. Out of this list, Brando and Oz are already dead

. Even though General Hospital has already provided the clue, PCPD is still unable to catch the killer.

While getting prepared to investigate on crime, the killer attacks another victim in a blink of an eye. One thing to know here is that the killer attacked five people. Three of them were women who luckily survived, and two were men who died. According to Diane’s description, the killer herself might be a woman. With the pattern, she follows, looks like another woman will be in danger. Who might it be? Let’s discuss.

Well, fans might have read the recent spoilers of General Hospital. There it was mentioned that Brook Lynn relives her past traumatic memory. Looks like Brook Lynn will land in the wrong place at the wrong time. In fact, General Hospital spoilers suggest, Maxie and Sasha will be worried for someone. And that someone will be Brook Lynn, who will not be reachable for sometime. Chances are there that Maxie and Sasha will inform Harrison about the same if Brook goes missing for a longer time period.

On October 20, Brook Lynn will land in a tough situation where she will encounter the hook killer. The General Hospital spoilers already mentioned that Brook Lynn will relive her past traumatic moment again after years. To talk about her past, Brook was once attacked by Nelle. She slashed Brook’s throat backstage at the Nurse Ball. Due to this, her life took a completely drastic change since her singing career was also ruined.

Brook Lynn somehow managed her career and rebuilt it with her hard work. And now, when she encounters the hook killer holding a sharp object in front of her, all her past traumatic memories will come rushing down her mind. However, with all the hints given by GH, it looks like Brook Lynn might not be the target, but she might end up being at the wrong place at the wrong time.

Well, something similar to Brando. He was not the target, but his situation made him one. Will Brook Lynn land in the hospital, or will someone come to save her just like how Anna was saved? We will know that. General Hospital airs every weekday on ABC. For more updates and spoilers, visit our website, TV Season & Spoilers.