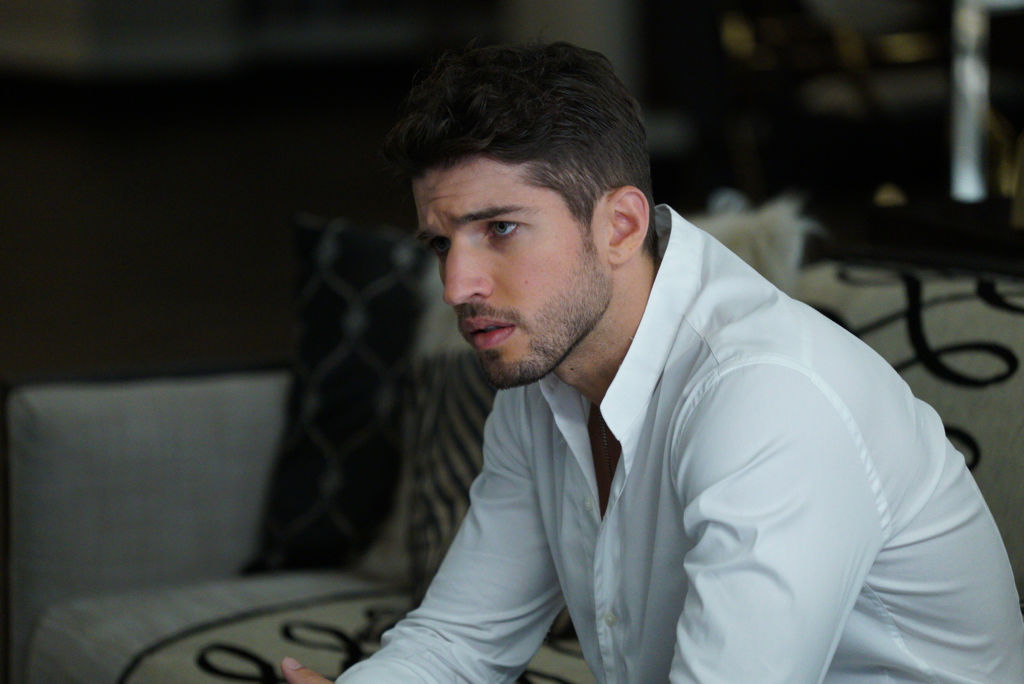 General Hospital Spoilers: Could Morgan Corinthos Be The Hook Killer?

General Hospital viewers are making shocking speculations over the possibility of who could be the hook killer. There is speculation that Sonny and Carly’s son Morgan could be coming back to the soap, could he be the one behind the black hoody of the killer? Morgan also has reasons to take revenge. Let’s discuss all chances Morgan has to return to GH as the killer.

Past few weeks, Port Charles is completely shocked with a lunatic hook killer roaming the city scot-free. He or she has been on a killing spree by targeting one after the other innocent citizen. They first started with Ava, then Brando, and now Diane. Well, the killer is thirsty for blood, and he or she has now also started applying poison on the hook before attacking. How can a person be that vindictive? Above all, who is this killer? Could be a person from the past?

General Hospital speculation teased that Carly might bump into Morgan in Jacksonville. Yes! The son, who Carly and Sonny thought was dead in a car crash. Looks like he might be very much alive. So, why would he keep his survival from his parents and family? If fans remember, Ava was the one who messed up with Morgan’s medication. And coincidently, the hook killer’s first target was also Ava. Not to mention, Ava was not attacked with poison on the hook. But the other two, Brando and Diane, had poison traces on their body.

So, chances are there that the killer might have thought that Ava will die at the first blow itself. But it wasn’t the case. So, starting from the new targets, they wanted no chance for the people to cling to their life. TV Season & Spoilers already speculated that Morgan could return on screen. It’s not just us, but all over Reddit, the fans think the same. They are also trying the discuss the possibility of Morgan being the killer since his return and hook killer’s identity revelation might be at the same time. So, chances are there.

General Hospital Spoilers: Not All Fans Think So!

There are also some fans who do not agree with Morgan being the killer. For them, they just think that Morgan won’t be the right fit for the storyline. Even if he has to return, the writers might adjust him in another way. But not the hook killer. One General Hospital fan pointed out at Morgan had lost one hand in the car crash. And hook killer also has shown only one hand. Fans pointed out that Morgan can’t be in that since the hook killer has both hands, and Morgan also lacks motive.

Second, Brando was killed. When Morgan was in the soap, fans didn’t even know that a character like Brando existed. He was introduced much later in the soap. And lastly, Josslyn was also one of the targets. Why would Morgan kill off his half-sister? That just doesn’t add up at all.

Apart from all of this, General Hospital has already teased that the killer is a woman. So they will not try to twist it even fur ther. Now that Esme’s photo in a black hoodie is leaked, the chances of her being the killer is much higher than anyone. Stay tuned, as the upcoming episodes will be more twisted. General Hospital airs every weekday on ABC. For more updates and spoilers, visit our website, TV Season & Spoilers.