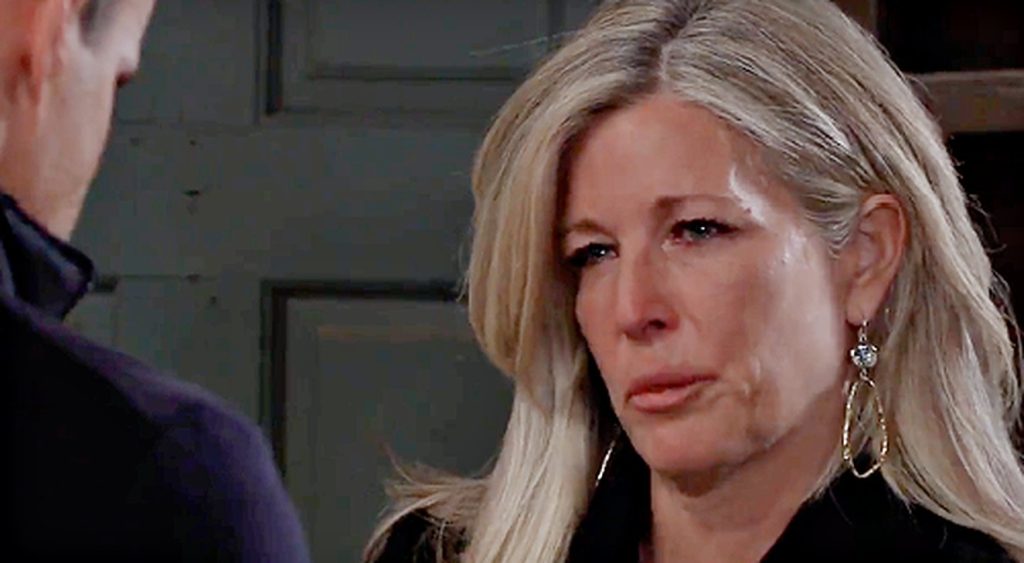 General Hospital Spoilers: Drew and Carly BREAKUP! Only Way To Save Carly

General Hospital spoilers tease that Drew and Carly might soon break up with each other. Situations might force them to stay apart. Drew will end up in a tough spot when Ned reminds him of his past deeds. One that involved insider trading. So, to keep Carly out of prison, Drew will want to end the relationship. What possible insider trading are they talking about, and how does it link with Carly? Let’s discuss what might happen and if Drew will really going to take such a drastic step.

Drew-Carly To Land In Prison? What Will Drew Do Now?

General Hospital Fans might remember when Alexis warned Drew about a possible prison punishment and how Carly might also become the victim when the whole ELQ-Aurora Merger and share purchase was taking place. Now, General Hospital’s recent social media tweet was also about Drew getting legal advice. So, what is this all about? Let’s discuss about this storyline. Drew is one of the partners of Aurora Media. Back when they were deciding to merge with ELQ, Carly helped Drew by purchasing shares.

Speaking of Carly, she was looking for a good business in which she can invest. That was when Drew helped her with some inside inputs about his business, Aurora Media and ELQ. At that time, they were just friends and helped Carly invested in Aurora Media. However, now they are in a relationship.

Now, General Hospital spoilers say that since Drew is facing problems with his cousin, Ned Quartermaine, over ELQ, things will go downhill from here. Ned is trying to play dirty with Drew and also threatened to press charges against him and Carly for inside trading. Since Drew was the one who provided inputs to Carly and made her invest in Aurora Media, Ned will remind Drew that it was inside trading. So, what will Drew do now? At that time, he was just Carly’s friend and nothing much, but now he is romantically involved with her. How will Drew stop his love interest from landing in prison with him? Let’s discuss that.

General Hospital Spoilers: Drew Wants Carly Out Of This, Decides To Break Up!

Now that Drew has invited problem upon himself, he certainly won’t want his love interest to land in prison with him. General Hospital spoilers tease that Drew might now make a major decision. He may ask Carly to keep distance and break up with him. Over here, one might think that even if Carly is Drew’s friend, she will still end up in prison. Crime is a crime, no matter who did it. But certainly isn’t the case.

Drew and Carly got serious about their relationship in Jacksonville, that is, out of Port Charles. Up until now, not many people know that these two are in a relationship. Even if Sam doubts them, she also isn’t sure about it. So, Drew will come up with an idea that if they part ways, no one will know that they are on talking terms. This, he can easily dodge the charges by saying he never spoke to Carly about anything and are also not close to each other. For this, they will have to break up and act like they merely know each other.

But, if they declare their relationship, then the jury will know that Drew would have definitely given Carly some input to make a profit. Not just Drew, but Carly will also land in jail. Even though this plan might not look the best, will Carly be willing to support Drew in this? We will have to wait to see that. General Hospital airs every weekday on ABC. For more updates and spoilers, visit our website, TV Season & Spoilers.