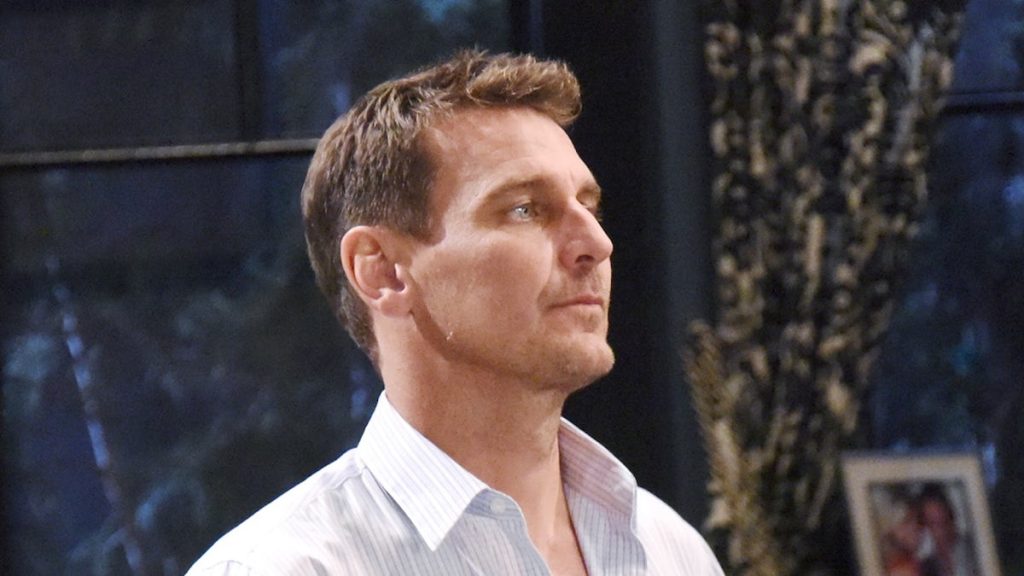 General Hospital Spoilers For April 14: Jax Has A Good News, Sonny Gets Suspicious

General Hospital spoilers for Wednesday, April 14 reveal that some very interesting storylines are coming up on the soap opera. Jax will try to reach out to Nina, while Sonny will start getting suspicious. Chase will end up in the hospital, and Jackie will be out to know the truth. Not just that, there will be a lot of other things happening at General Hospital. Starting off will be Jax, who will visit Michael with a special request. As Wiley plays nearby, Jax will most probably ask Michael for another chance in regards to Nina. He will request to let Nina have some time with her sweet grandson Wiley.

More spoilers suggest that Michael will be in a really good mood after he has the conversation with Willow and realizes that the two of them are on the same page. So, he might agree with Jax and tell him that he would talk to Willow about it. All this will lead to Jax calling Nina to tell her the good news. However, will Nina take the call? That is still a question that we will get answers to in the upcoming episode.

Speaking of Nina, General Hospital spoilers suggest that she will be quite busy with Sonny, a.k.a. “Mike” in the upcoming episode. He will hint her that he has some plan up his sleeve. More related spoilers suggest that Sonny will start getting suspicious of Elijah Crowe. So, that might be where his suspicions and fishing tricks might come into use.

General Hospital spoilers suggest that Sony might have a sense that Nina is holding something back, and this has something to do with her past and their connection. The more time Nina and Sonny will spend together, the more Nina might look familiar to Sonny. Either way, we know that Sonny will be digging for answers there.

General Hospital: Chase Is In Hospital

At Port Charles, Willow will insist that they should all take Chase to the hospital. Chase recently collapsed. So, he might be in and out of consciousness in the episode that airs this Wednesday. This is indeed a serious crisis. As soon as Chase gets in the hospital, his doctors will figure out what is wrong. Chase did clearly consume the drink that Peter had tainted. And now, he will most probably need the antidote Peter has.

General Hospital spoilers suggest that Robert will catch up with Olivia in the upcoming days. He will wonder if she has any answers. Olivia might still be struggling with what is happening in her marriage right now. She isn’t even sure how things will move forward here on. Olivia and Ned aren’t the same people that they were before they got married. So, they will just have to figure out a way to move forward with who they are now. Will they be able to do that?

More General Hospital spoilers suggest that Brook Lynn and Dante Falconeri will catch up in the Wednesday episode. Brook will be dealing with doubts over her scheme. She was quite doubtful when she spoke to Chase. However, she might be able to regain confidence when she speaks to Dante. Brook is now way too deep into this whole fake baby plot. So, she will assure Dante that she has everything under control.

Will The Truth About Peter Come Out?

Jackie and Finn will take care of some business. Jackie was quite furious when Peter dragged her family to the mud. Of course, it is possible that Jackie might figure out that Cyrus and Peter came together to avenge revenge on Jackie. More Peter-related spoilers suggest that he will continue to taunt Anna Devane. Anna and Valentin will be confused about what Peter is talking about.

Anna just saw Finn, and he seemed just fine. However, she also knew that Chase wasn’t feeling well after the family dinner. Once ailing Chase turns up at General Hospital, it wouldn’t be very long before Anna figures out the truth. General Hospital is bringing in some very gripping drama. So, don’t forget to tune in and enjoy. We will keep you updated with all the news about the soap as it surfaces. So, you stay tuned.