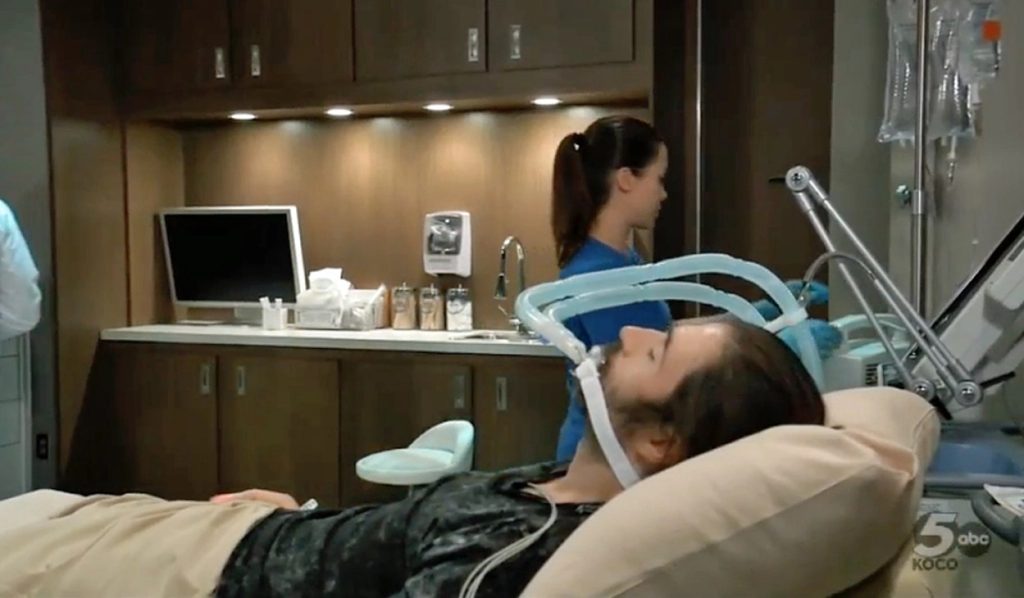 General Hospital spoilers for August 15, 2022, tease that Portia will finally succeed in awakening Oz. However, he might struggle to get back into composure. Meanwhile, Diane will inform Portia about Trina’s judgment is about to come. On the other end of the town, Cameron will come across Dex. He might not get good vibes from him, so he might warn Josslyn to keep her distance. Later, Victor will push Nikolas for answers. This might ultimately result in him confessing something. Keep reading and discover what is in store for viewers in Monday’s episode.

Fans already know that Rory is the one guarding Oz in the hospital. The General Hospital spoilers tease that Jordan will devise an idea to help Portia sneak into his room. She might pull the emergency lever and make it look like she is stuck. To this, Rory will come to help her by pulling her out. This whole act will buy Portia time to sneak into Oz’s room.

On Monday, she will inject a dangerous medicine into Oz. However, he will regain his consciousness but might not immediately remember what all had happened. The drug dealing, selling Esme’s phone, and also how Esme knocked him off with a drug.

In the meantime, Diane will inform Portia that Trina’s verdict is about to come. Portia and Curtis still might wish that Oz could spill out the beans. Unfortunately, time is running out, and it is unclear if Oz can make it till then. However, Trina will soon be a nervous wreck. In the courtroom, she will meet Spencer, who has got a break from reporting to Pentonville for two weeks. Fans can expect him to offer support to Trina during her verdict.

GH viewers know that Nikolas was already warned to watch his steps with Victor. The spoilers for General Hospital Monday episode say that Victor will push

for answers from Nikolas. He will want to know what happened with Esme Prince. To this, Nikolas might confess that he killed Esme. However, he will not drag Ava into this but instead will put himself under the bus.

The other spoilers say that Nikolas and Ava might soon get a companion to help. That person might help them to further clean up the whole Esme mess. It might either be Victor or someone else. Stay tuned to know who it turns out to be.

Further on General Hospital, Cameron will cross paths with Dex. They might introduce each other. However, the spoilers claim that Cameron will immediately dislike the vibe surrounding Dex. He might even warn Josslyn to maintain some distance from him.

Next, Cameron and Josslyn will talk about Trina’s trial. She will inform him about Dex’s role in the entire case. How Sonny hired Dex to coax the jury to be in Trina’s favor. Even though Cameron dislikes Dex, for this one chance, he might hope something good turns out.

On the other end of the town, Finn will grow concerned about Elizabeth’s state. Later, he might approach Terry to talk about Liz. He will tell that Liz’s current state might cause because of mere sleeping pills. Even though Elizabeth keeps pushing everyone, Finn knows that she is in desperate need of help. The spoilers tease that he might make a big decision, which might have something to do with Liz’s father, Jeff Webber. Watch General Hospital, which airs every Weekdays on ABC. For more spoilers and updates, visit our website, TV Season & Spoilers.