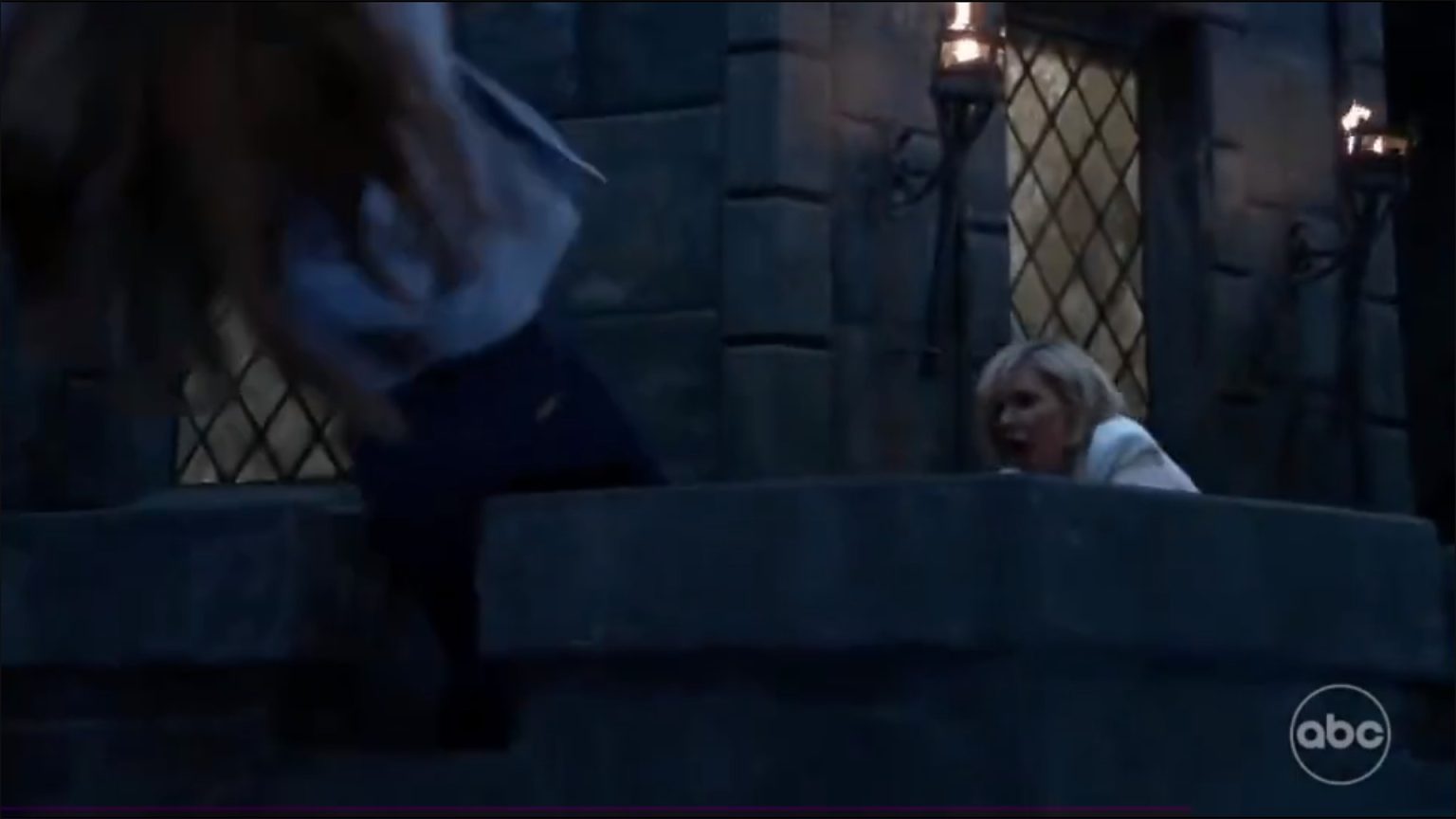 General Hospital spoilers for August 2, 2022, reveal that Ava and Esme’s showdown is likely to have a deadly end. Esme will fall to her presumed death. Over at the hospital, TJ will inform Willow of the test results, which points to possible cancer. In the courtroom, Trina will take the stand and explain her side of the story to the jury. Meanwhile, Elizabeth will remember something related to her father. Keep reading to find out how the characters develop in today’s episode.

In the courtroom, Trina will complete her testimony. The spoilers for the General Hospital episode of August 2, 2022, show that she is satisfied with her testimony. But, she knows that her fate is not in her control. Soon, the jury will start making its decision. Trina will have to wait for the jury with patients.

Since Trina just confessed her feelings on the stand, Spencer will approach her. Meanwhile, Josslyn will block him from meeting Trina. Even though Josslyn is thankful for Spencer’s admission, she knows that Trina went through hell. She will ask him to leave her for some time.

Speaking of Trina, many other family members will be working to save her. One of them will be Curtis, who will chat with Jordan. He will tell her that his suspicion is entirely on Esme. They will decide to talk to Esme regarding that. Th is might get a little tricky since Ava is already executing her vengeful act.

At the Wyndemere, Nikolas will get late in reaching the battleground. When he reaches, he will see that Ava and Esme’s showdown has reached a deadly end. The spoilers for General Hospital show that during the physical altercation, Ava will push Esme from the parapet. She will fall to her presumed death. Ava’s intention was not to kill Esme, so she will be shocked.

Next, it is also teased that this could give Nikolas a chance to blackmail Ava into holding the divorce off. Anyways, the duo will think of covering up the death. They want to make it look like an accident. The real question here is, is Esme really dead? It looks like her character will make an explosive re-entry real soon when Ava is least expecting.

Elsewhere, Elizabeth and Finn will confess their love to each other. This confession is likely to trigger Liz’s past traumatic memories. It is teased that Liz’s memory and love have some connection. She will get a flash of her traumatic past with Peter near a stairwell. The spoilers hint that she will also remember something new. It might be related to her father, Jeff Webber. Meanwhile, Finn will grow concerned for Liz.

Willow’s Concern For The Unborn

Furt her on General Hospital, TJ will inform Willow about possible cancer. The spoilers show that Willow will be shocked

. She will speak about her health with Britt and Terry. Meanwhile, Michael shows up at the hospital searching for Willow. TJ will get sandwiched in between Willow and Michael. Even though Michael will ask questions, TJ will not spill any beans.

The teaser shows that Michael is unaware of Willow’s health. However, Willow’s next step might involve her taking a bone marrow biopsy. Till when is she going to hide it from Michael? Willow’s situation is surely going on a downhill. Stay tuned and watch General Hospital, which airs every weekdays on ABC. For more updates on spoilers, visit our website, TV Season & Spoilers.