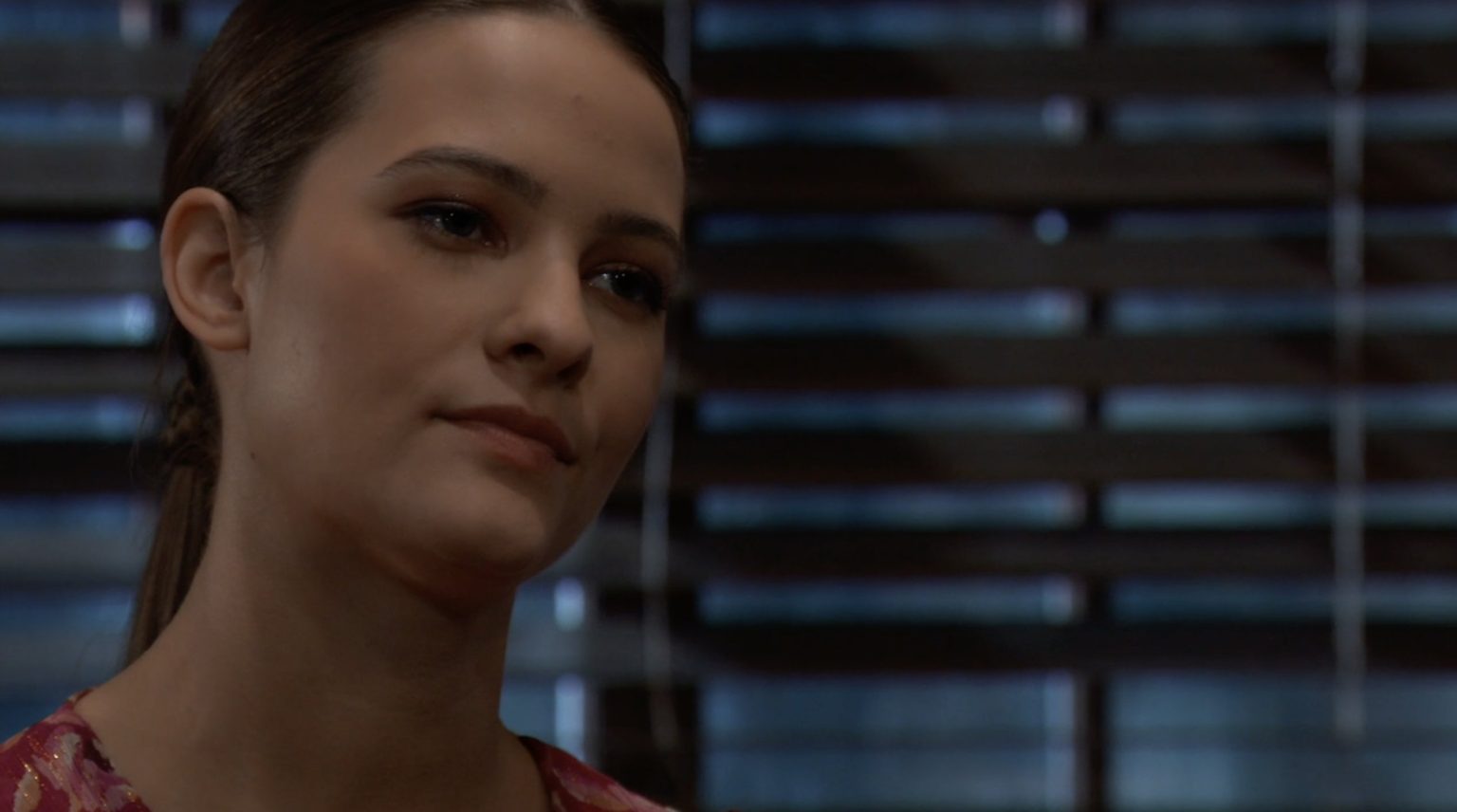 General Hospital spoilers for July 29, 2022, reveal that Sasha will ask Brando to stop controlling her every move. This will lead to Brando lashing out at her. In the courtroom, Spencer will spill the truth about him and Trina visiting the cemetery. He will tell the truth to save Trina from getting convicted.

Meanwhile, Esme suspects that her lies might be exposed. She plans to leave Port Charles. On the other end, Sonny will start considering Dex to be a replacement for Jason. But Brick might think otherwise. Keep reading to know what happens in today’s episode.

The General Hospital spoilers claim that Sonny will tell Brick about Dex’s potential to replace Jason. He will discuss which position to put Dex in the organization and take his advice. However, Brick will have other suspicions; he simply needs Sonny to reflect on Dex’s past before making any decision. Brick might dig deeper into Dex’s past to find out more about the man.

In the meantime, Brando will see Dex and Michael near the staircase. Brando will think Dex is again threatening Michael as it looks shady. He will even ask them to take it to Sonny, but Michael will refuse. But, since Brando already has things to deal with in his personal life, so he will leave them there.

More Brando-related spoilers suggest that he and Sasha will have a heated argument. Sasha will shout at Brando and ask him to back off. To this, Brando will also lose his composure and lash out at Sasha out of concern. He will tell her that somebody does need to control her.

In the courtroom, Diane will ask Spencer to stand in the witness box again. This will confuse Portia and others present there. This time, Spencer will tell the truth in front of the jury. He will admit that he left Spring Ridge to pay a visit to his mother’s cemetery. Over there, he accidentally bumped into Trina. He will reveal that Trina was with Spencer when the video went viral. He knows that this admission will land him in jail, but he will still make a confession.

However, the court might not take it that seriously. The jury might think that the release time of the sex tape might have been pre-scheduled. Regardless of the result, Trina will be grateful for Spencer. He just put his freedom at stake for her.

In the meantime, Esme knows that her lies will sooner or later get exposed. So, she will try to escape from Port Charles. However, after creating a mess in Ava’s life, will Ava let her escape that easily? At Wyndemere, Ava will, no matter what, want Esme to pay for seducing Nikolas. Even though Ava also holds Nikolas responsible for cheating on her, Esme will be spared ei ther. In the coming episodes, Esme will have to suffer Ava’s vengeful fury.

Elsewhere, Michael is still not aware of Willow’s health condition. Willow will visit the hospital for her follow-up tests. She will ask TJ about the observation he made from her test reports. TJ will suggest she stay calm till they have figured out the problem.

The spoilers hint that Willow’s latest reports might reveal that she has cancer. However, fans must wait and watch where the storyline takes them. Watch General Hospital, which airs every Weekdays on ABC. For more information on updates and spoilers, visit our website, TV Season & Spoilers.