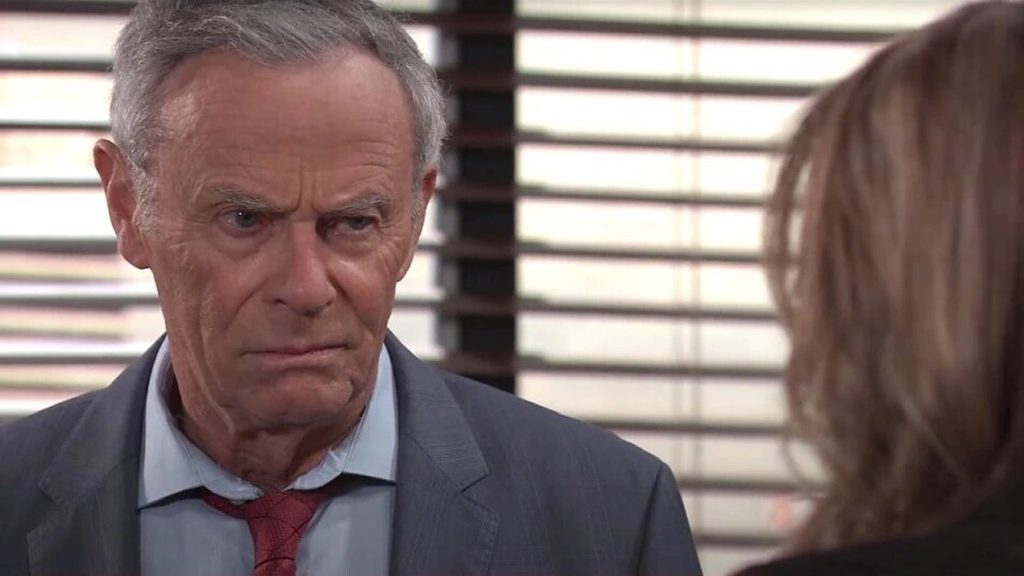 General Hospital spoilers for November 18, 2022, tease that Robert will grill Holly to come clean about what she is hiding from him. However, Holly will have no choice since Victor has taken her loved one as hostage. On the other end, Maxie will confront Austin and will know that he is also hiding something from her. Let’s read further to know what is brewing in Port Charles.

First, Maxie will confront Spinelli and will want to know what he is hiding from her. General Hospital spoilers tease that Spinelli will come clean about what Austin asked him to do. Looks like Austin will want Spinelli to use the algorithms and find the match between him and Maxie. She won’t mind what Austin asked him to do but will certainly feel that Austin is trying to push her away. At the hospital, Maxie will push Austin to come clean about what he is doing with the surgeries. Since he is doing some shady business, he will surely keep that a secret from Maxie.

Elsewhere, Sam will have a chat with Cody. During that chat, he’ll have some slip-ups, which will leave Sam confused. Looks like Sam will join the dots and will know that Cody actually has eyes for that expensive necklace. Since Cody wants to get it, that was precisely the reason why he lied about Mac being his bio dad. If Cody is Leopold’s son, only then can he inherit it.

Next, Robert will grill Holly and will wonder what she is trying to hide from him. Initially, Robert did get some suspicions about Holly. But later, when Laura also spoke to him about the same, he knew something was off. General Hospital spoilers say Robert will now grill Holly and ask what is going on with her. Fans know that Holly was the one who shot Lucy wearing Anna’s mask. Above that, Victor did assign some more tasks to Holly. So, it is certain that she is keeping something really big under wraps.

Unfortunately, Holly doesn’t want to do anything but is actually forced to obey Victor’s orders. Other General Hospital spoilers say that Victor has kept Ethan Lovett as a hostage, and he is using him as leverage to use Holly. Elsewhere, Valentin will get updates that someone is tracking Anna’s location. So, he will be quick enough to inform Anna about that. Moreover, Valentin himself will run to Anna’s hideout to make her escape safely.

Finally, Laura will have an encounter with Victor, and she won’t be scared of him at all. Rather Laura will use this opportunity to threaten him. she knows what all Victor is capable of doing. So, Laura certainly won’t want him to cause more troubles. However, Victor, as usual won’t be bothered at all. General Hospital airs every weekdays on ABC. For more updates and spoilers, visit our website, TV Season & Spoilers.