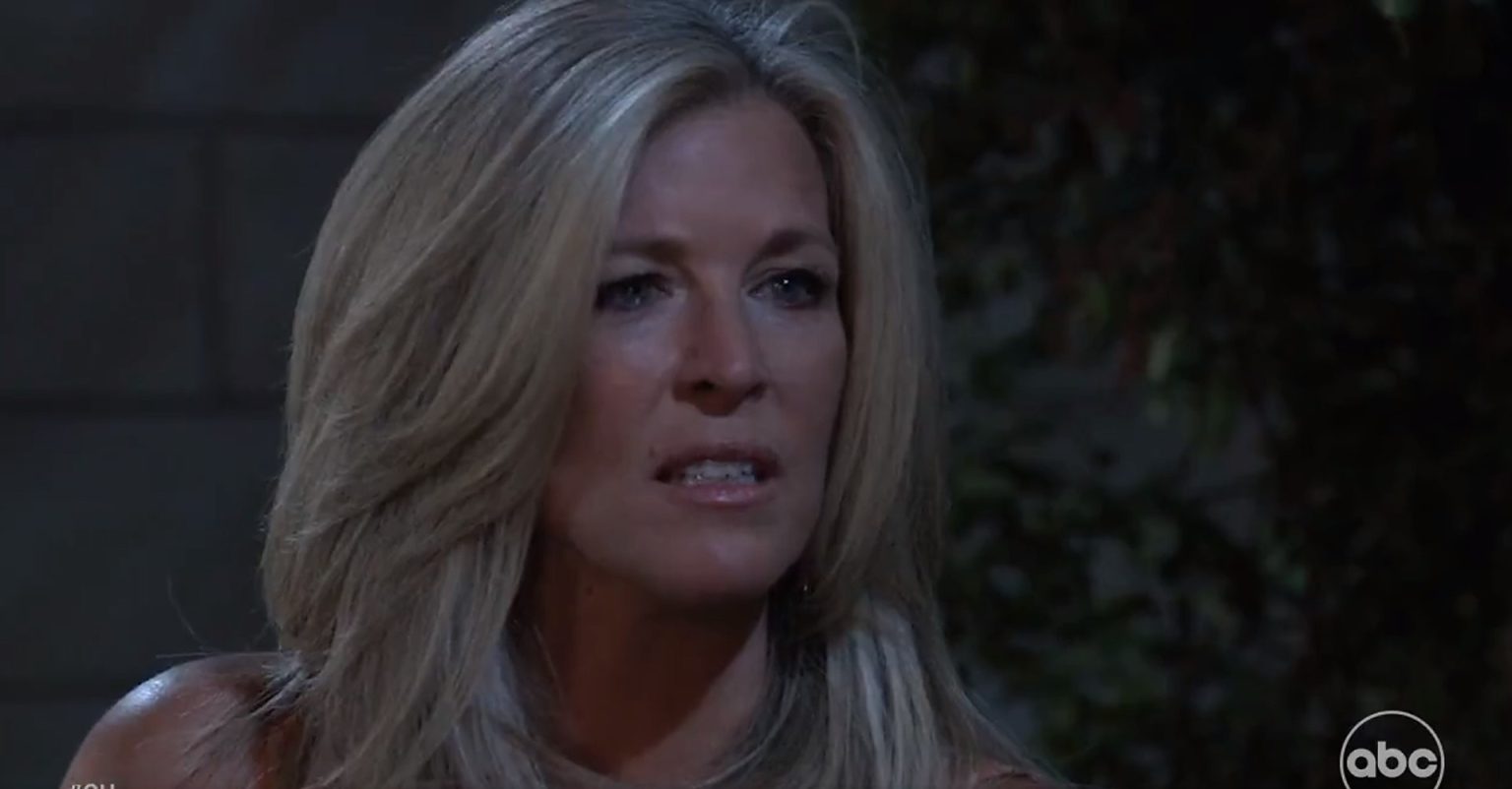 General Hospital spoilers for the upcoming episode of October 17, 2022, tease that Peyton will gloat that she might win the battle. So, Carly will feel the need to correct her and remind her of the past. Over with Cody, he will explain to Britt his decision not to take the DNA test. Elsewhere, Victor will plot a sinister plan to trap Lucy and Anna. For that, Valentin might soon become the scapegoat. Keep reading to see what is brewing in Port Charles next week.

Previously we saw how Lucy landed in trouble. Despite of repeated warnings from Valentin and Anna, Lucy went to see Victor. General Hospital spoilers say that Anna will again call Lucy, but she will warn Anna to stay out of her way. However, neither Anna nor Lucy will realize that Victor was listening to their conversation through a device.

Other General Hospital spoilers tease that Victor will share about Anna and Lucy’s scheming with Victor and will have a dangerous plan to offer. Looks like Victor will ask Valentin to take down Anna and Lucy. He might also use Charlotte as leverage. If Valentin has to keep Charlotte safe, he will have to listen to Victor.

General Hospital Spoilers: Carly Reminds Peyton Of The Past

Further on General Hospital, Peyton will gloat about her possible win. So, Carly will remind her of the past and recall that she has also never lost either before. Other spoilers say that Carly won’t be that interested in winning the votes. She knows that she gave her best during her passionate speech, so even if she doesn’t win, it won’t put her down.

Later, Bobbie will come to meet Carly. But she will have advice for Drew instead. Looks like Bobbie will be secretly shipping for Carly and Drew to get romantically involved. So, she may give Drew a green signal to move forward with his feelings. Other GH spoilers already teased that Drew will surprise Carly with a romantic evening before they hit the sheet.

Elsewhere, Britt will want to understand why Cody is refusing to get a DNA test done. Cody may admit that he doesn’t want to get disappointed again. He has forever longed to get a family, but every time he failed. So, he won’t want to try only because he fears the result.

In the meantime, Mac and Felicia will search for answers from Scott regarding Dominique’s child. Looks like Scott might know something about the past. Fans might know the time when Cody mentioned a horse trainer he grew up with. So, chances might be that he was his biological father. Whatever the case, Cody’s bio dad’s confusion will continue to grow. Stay tuned and watch General Hospital, it airs every weekday on ABC. For more updates and spoilers, visit our website, TV Season & Spoilers.