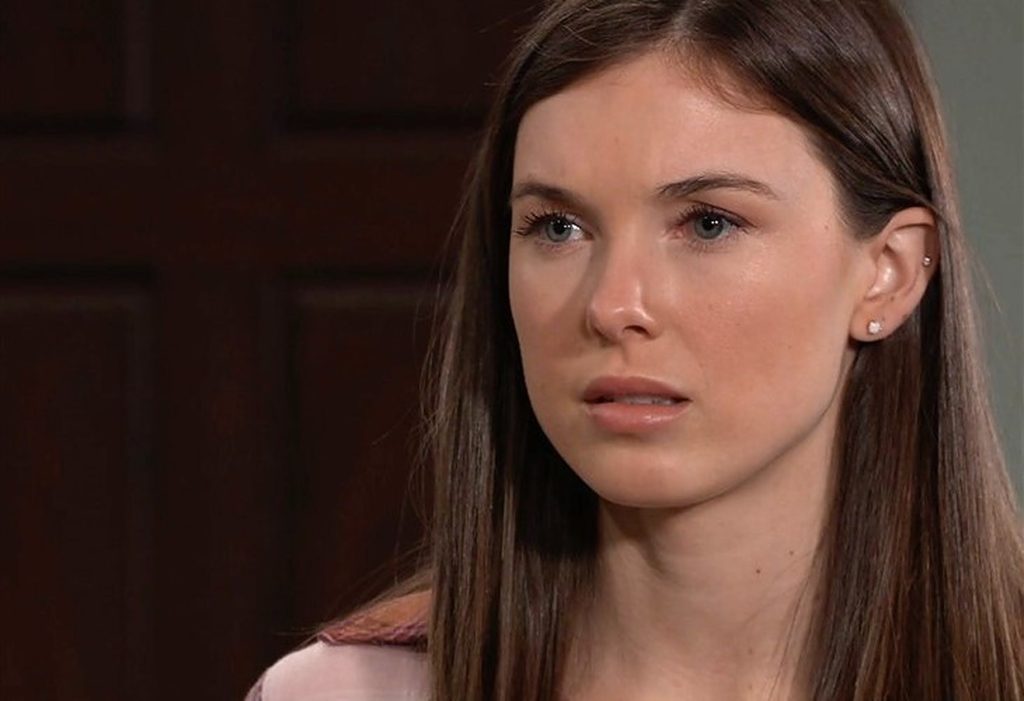 General Hospital spoilers for October 20, 2022, reveal that Willow will scream in shock when she sees someone in the boathouse. It is likely to be Holly Sutton. Her return is certainly going to shake things up in the soap. Over with Nina, she will reject an offer. What could that be about? Keep reading to know what is brewing in Port Charles.

On Thursday, Rory will sense that Trina is not willing to go with him for the comic convention trip. But she might confess to Rory that she wants to come out of her traumatic cabin memory. Later, Victor will quiz Trina. General Hospital spoilers tease that Victor will want Trina to meet Spencer. Trina’s one visit can uplift Spencer’s mood big time, so he will want Trina to pay a visit to Spencer. Will she listen to Victor? We will know soon.

Across the town, Curtis will open up to Sonny about his decision to not take the genetic test. On the other end, Nina will reject an offer. It might either be about Metro Court business or something personal. Whatever the case, Nina will decide to reject the offer. At the PCPD, Martin will worried about Lucy, who is missing for the past few hours now. Both Dante and Jordan don’t have any clues about her whereabouts. Even though Lucy ignored Anna’s warning, it is Anna’s responsibility to look after her since she was working for her. So, Anna will take responsibility for destroying Victor if anything happens to Lucy.

In the recent episode, GH fans got a glimpse of a woman dragging herself through water. Even though she was wearing clothes similar to Lucy, it is not her but Holly Sutton. Now that Robert’s ex is back, who will be the first one to find her?

At the Quartermaine mansion, Michael, Valentin, and Ned will chat. Since Valentin wants Michael back at ELQ, it will lead to a big fight with Ned. However, Michael will be alerted about Willow’s condition, so he will rush to meet her. Looks like Willow will see someone in the boathouse and scream in horror.

In the preview video, we saw Willow all tensed up. So, it might be this scene where she sees someone. Olivia will comfort Willow and inform Michael. He will arm himself before breaking the door open of the boathouse only to find Holly Sutton in there, drenched and exhausted! Holly is a character who was last seen two years back, and all this while, people assume that she is dead. It is obvious that she will have a lot to share with people. Apart from this, it will be interesting to see how Robert will react to seeing her after these many years. General Hospital airs every weekday on ABC. For more updates and spoilers, visit our website, TV Season & Spoilers.