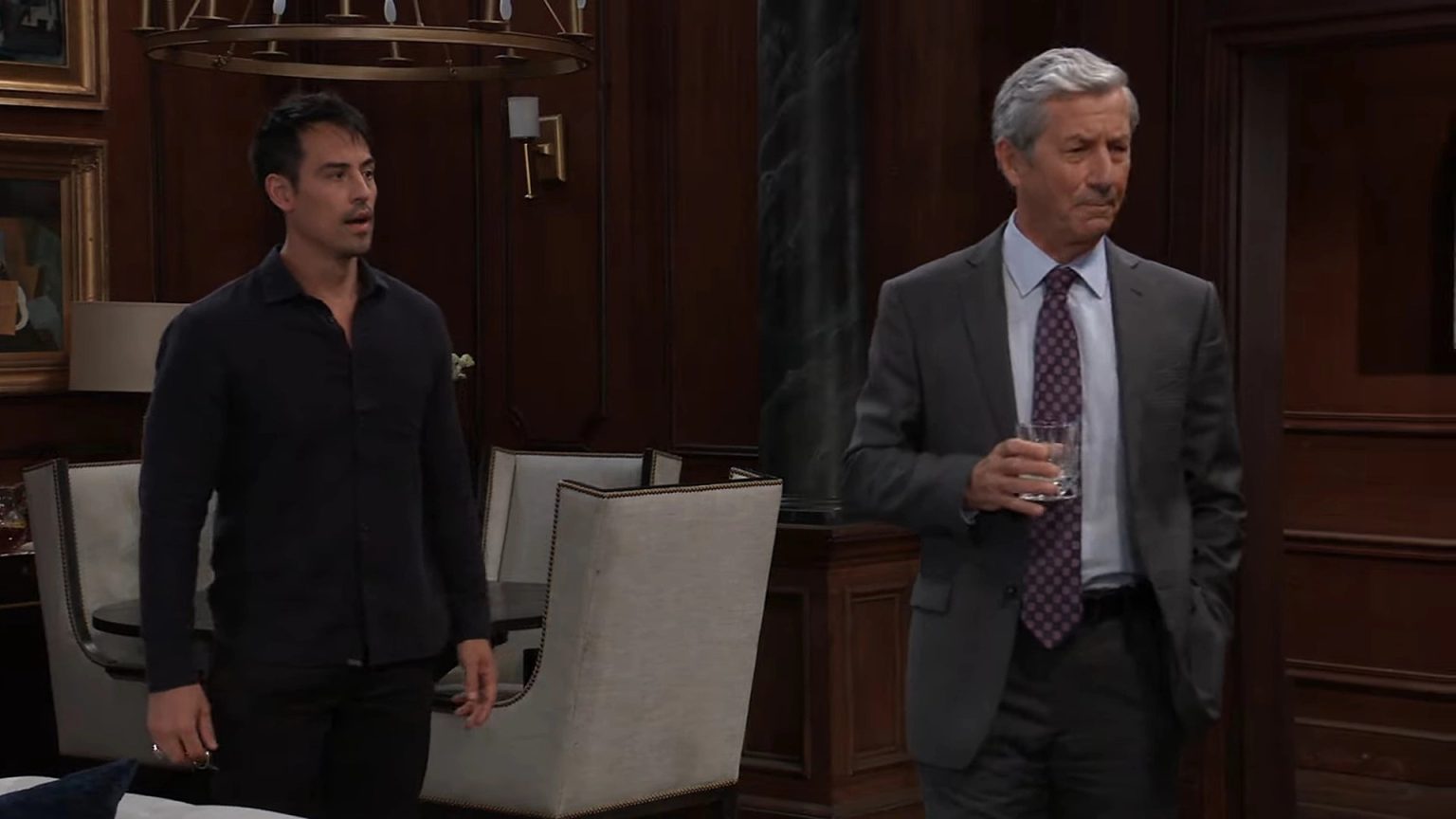 General Hospital Spoilers for October 4, 2022, reveal Esme will visit her father in prison. But before that, Ava will come to meet Ryan, who will be shocked to see her there. It looks like much Ryan-related drama is coming up on the soap opera. Over with Josslyn, she will learn how Sonny has held Dex captive. So, she will inform Michael about the same. Elsewhere, Victor will have a special request for Nikolas. What is that? Continue to read and know what is in store for the viewers in today’s episode.

First, Ava will come to meet Ryan. Both of them have had their issues for ages now. So, Ryan will wonder the reason which made Ava visit him. General Hospital viewers would recall Ryan was obsessed with Ryan at one point. So, seeing Ava approach him, Ryan won’t understand that. However, General Hospital spoilers claim that Ava will try to piss him off by taunting him. More related spoilers suggest that, Ryan will get a hint about Esme Prince. Ava will admit how Esme was like a blockage and how she is gone now.

However, poor Ava doesn’t know that Esme is still very much alive and is lurking around Port Charles. General Hospital spoilers say that after Ava, Esme will be the one to visit Ryan. Once he gets another shock by seeing Esme, he will be glad to see his daughter. By midweek, Esme will discuss her further plans with Ryan and will plot their next move.

Elsewhere, in Jacksonville, Carly will have an emotional outburst as she reminds of some of her past deeds. Even though Drew will comfort her, he will wonder why Carly still blames herself for everything. Other spoilers say that Carly will be impressed with Drew as they both will have a deep conversation before hitting the sheets.

In Port Charles, Carly’s daughter, Josslyn, will come across Carver, who will be holding a sharp knife. It won’t be difficult for Joss to join the dots. As Joss discovers that Carver is Sonny’s employee and keeping Dex captive, she will inform Michael about the same. As for Michael, once he learns about Dex, he will realize that Sonny has gone to extremes in order to pry for information from Dex. So, Michael and Josslyn will join hands and confront Sonny real soon. It will be interesting to see if Sonny again plays dumb or if he admits to torturing Dex.

Elsewhere, Victor will have some special requests for Nikolas. One where he would push Nikolas to meet Spencer in prison. At the same time, other spoilers hint how Nikolas will want to get back to Ava. So, Victor will continue to fret over Ava’s threat to his family. Whatever it is, Nikolas is not going to listen to Victor anyways. This means Victor may soon start threatening Nikolas.

In the preview video, we saw how Diane was put on a ventilator. Even if it might look that Diane won’t pull through, the spoilers hint otherwise. General Hospital spoilers for October 4, 2022, suggest that Diane will give crucial evidence regarding the Hook killer

as Finn treats her out of danger. The bracelet jangling sound and the fact that Diane saw a woman under the hoodie will change the direction of the entire investigation.

Over with Dante, he will warn Sonny not to take the law into his own hands in desperation to find the hook killer. GH is going to air more action-packed episodes in the coming weeks. Stay tuned and watch General Hospital, it airs every weekday on ABC. For more updates and spoilers, visit our website, TV Season & Spoilers.