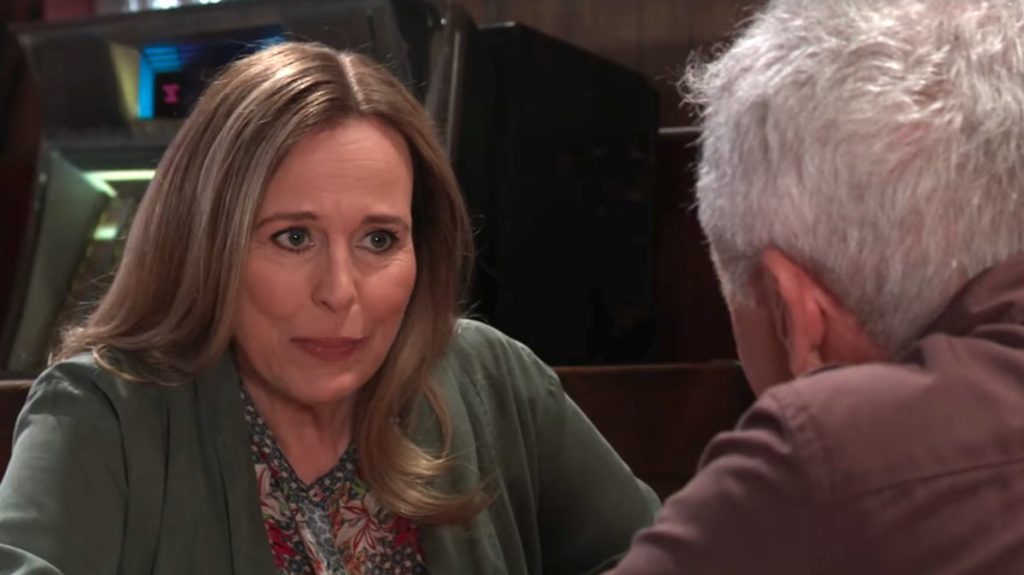 General Hospital spoilers for the week of December 20, 2021, are out, and it reveals that there will be a lot of drama as the holiday spirit spreads in Port Charles. Viewers will get to see Scott as he frets about Nina. Then, Willow will get emotional about something. Christmas celebrations will also get underway in the upcoming week. So, Laura will come back and hold the annual tree-lightning ceremony.

Not only on a community level but General Hospital families will also come together to celebrate the holidays. So, there will be a lot of family gatherings this week. Brando and Sasha will continue to struggle, and Nikolas will try to make amends. Would he be able to, though? Here is everything to know about it.

Starting off the week of December 20, 2021, Scott will be worried as Nina’s preliminary hearing starts. He is representing Nina. So, he might be worried about how things will pan out there. More Nina-related spoilers suggest that she will have a chat with Phyllis in the upcoming days. We will have to wait to see if this is about her court hearing or is it about something else.

While Nina deals with the court case hearing, Carly will check up on Michael. Michael is going through a lot. So, Carly might feel that she needs to be by her son’s side. Brad’s parole hearing just took place. So, will all of that take a toll on Michael? It is a possibility. More related spoilers suggest that Willow will think about the past and get a little emotional.

Christmas is around the corner. So, as usual, the annual Christmas Tree-lightning ceremony will take place, and all the Port Charles residents will come together for that. General Hospital spoilers suggest that this Christmas Tree-lightning ceremony will take place and it will lead to some unexpected reunions. Santa will visit and spread cheer. Laura will meet with Spencer, and Liz will finally run into Drew in this ceremony.

Speaking of gatherings, General Hospital spoilers suggest that there will be a number of family gatherings coming up in Port Charles. Sonny and Carly will decide to host a Christmas gathering for everyone in the family. Sonny-Carly won’t be the only people hosting gatherings. General Hospital spoilers for the week of December 20, 2021, suggest that Monica and Ned will also have a holiday gathering at their mansion. Alexis will host a party, too, and this party will get a little wilder than anyone expects. So, that will be interesting to see.

General Hospital: Anna And Finn Celebrate The Holidays Together

The upcoming week of December 20, 2021, will be all about Holiday cheers and gatherings. As per the latest spoilers, Finn and Violet will go to Anna’s house to sip on some holiday tea. It does look like a fun way to celebrate the season, indeed. Other GH spoilers suggest that Marshall will decide to show up at the hospital and try to help. He might even run into Epiphany while he is there. So, Marshall better is careful.

On the other end of the town, Nikolas and Trina will meet up and chat about something. It looks like Nikolas will be looking to make amends with Spencer Cassadine, and he will need some help from Trina. So, he will talk about it to her.

However, Spencer will see them talking and get suspicious. He will be curious to know what they could be talking about. So, this might cause some trouble. More Nik-related spoilers suggest that he will have some business at Metro court right before Christmas. So, we will have to wait to see what that is about it.

General Hospital spoilers suggest that there will be a lot of drama around the teens of Port Charles in the upcoming days. Trina and Spencer will run into each other in the week of December 20, 2021. Would they exchange gifts? Only time will tell. In the meantime, Cameron and Josslyn will once again be taken aback by something. What is it this time?

After being in hospital and struggling a lot, Sasha will come back home. She will be released from the hospital, and Brando will be by her side at every step. While this happens, both of them will continue to struggle with the baby news. How will we then move forward from here? It is possible that a Christmas miracle might happen and save the baby. That would bring this family together and give the storyline the positive push it needs.