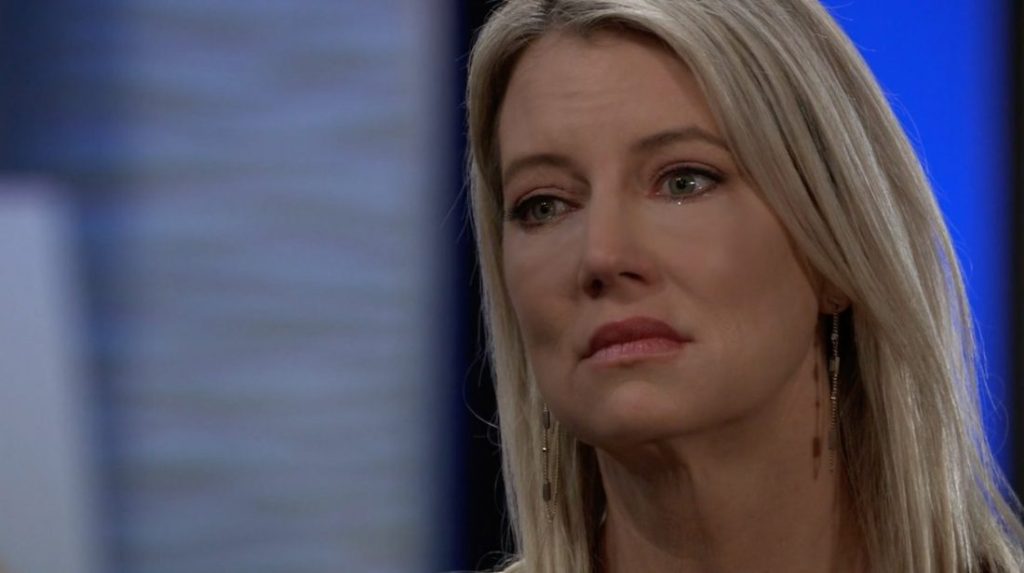 General Hospital Spoilers For The Week of July 12, 2021: Nina Comes To Know The Truth, Austin Reveals His Identity

General Hospital weekly promo for the week of July 12, 2021, is out, and it reveals that Maxie will find it very hard to keep the truth about “Bailey” being Louise hidden. And out of the pain, she might tell someone all of this. Does that mean Brook and Maxie’s deal will blow up?

The promo also reveals that viewers will get to know more about Austin. A new couple might also be in the making, and Jason will think about his decision. What all will happen? Keep reading to find out-

General Hospital spoilers reveal that Maxie has reached her breaking point. Staying away from her daughter is taking a toll on her, and she will find lying very hard. Spoilers say that she will have a heart-to-heart with Brook in the upcoming days, and Brook will ask Maxie if she wants to tell everyone the truth. Brook will suggest that Maxie could simply come clean and take baby Louise home. While Maxie wants nothing more than to take her baby home, she will understand that the only place safe for Louise is to be with Brook.

Also, Maxie does not know that Peter is gone for good. So, she will want to be cautious. General Hospital spoilers say that Maxie just wants her baby to be safe. So, she will make a major decision. She will consider leaving Port Charles to cut out the temptation of seeing her baby. Given that Maxie portrayer Kirsten Storms has gone through a real-life surgery, It looks like Maxie will leave the town. After all, Kirsten is taking a break from the soap to recover. So, this could be the way General Hospital writers are writing Kirsten’s absence.

More Maxie-related spoilers suggest that as soon as Maxie gets this idea of leaving the town, she will reach out to Nina. Nina recently left Port Charles and went to Nixon Falls. She also found happiness there. So, Maxie might need some advice. General Hospital spoilers suggest that both Nina and Maxie will talk about Maxie leaving. But Nina will not understand why Maxie wants to leave the town and the people who love and support her. And Maxie will try very hard to keep the truth hidden.

However, spoilers suggest that Nina will grill Maxie for more details. So, Maxie will let out the truth and tell her that “Bailey” is Louise. With telling her that, Maxie will also tell Nina why she did what she did. She will hope that Nina doesn’t tell anyone. Nina will understand that whatever Maxie is doing, she is doing to keep her baby safe. So, she might help Maxie.

But the question is, how long will Nina keep the truth hidden? Valentin is a part of this whole equation. He is falling in love with “Bailey,” believing that she is his daughter. So, when he comes to know the truth, he will be heartbroken. Nina might want to save Valentin from all this pain. So, will she tell him the truth? We will have to wait to know.

There has been a lot of mystery around Austin. There have been speculations that he might be connected to the Quartermaines. So, it is possible that he might come in asking for his share or maybe even taking over the company. General Hospital viewers will get to know more about Austin in the upcoming days.

On the other end of the town will be Sam and Dante, who recently shared a kiss. General Hospital spoilers suggest that Dante will want to clear things out with Sam. So, he will reach out to her. Sam will undoubtedly be embarrassed and tell Dante that it was nothing and they should move on. However, Dante might want it to happen again. When this happened, Sam was drunk and sad about Jason getting married. But now, Sam cannot deny that there are sparks between her and Dante. So, could she give a chance to this relationship? Maybe.

Rounding off the spoilers is Jason, who will continue to struggle with his decision to marry Carly. Viewers know that Jason and Carly are all set to get married for business’s sake. However, Jason has Britt on his mind. So, it will be difficult for him to go ahead with this decision. Not just that, recently, Carly was nasty and mean to Britt. Jason was not okay with that. So, he might call Carly out on that. Carly might express that this situation is hard for everyone.

So, after listening to everything, Jason might get cold feet. However, later on, he will end up making the sacrifice. Just like always. General Hospital spoilers say that some major drama will kick in on the soap opera soon. Will Carly and Jason be able to get married? We will have to wait to know. General Hospital airs on ABC all weekdays. Make sure you tune in and enjoy.