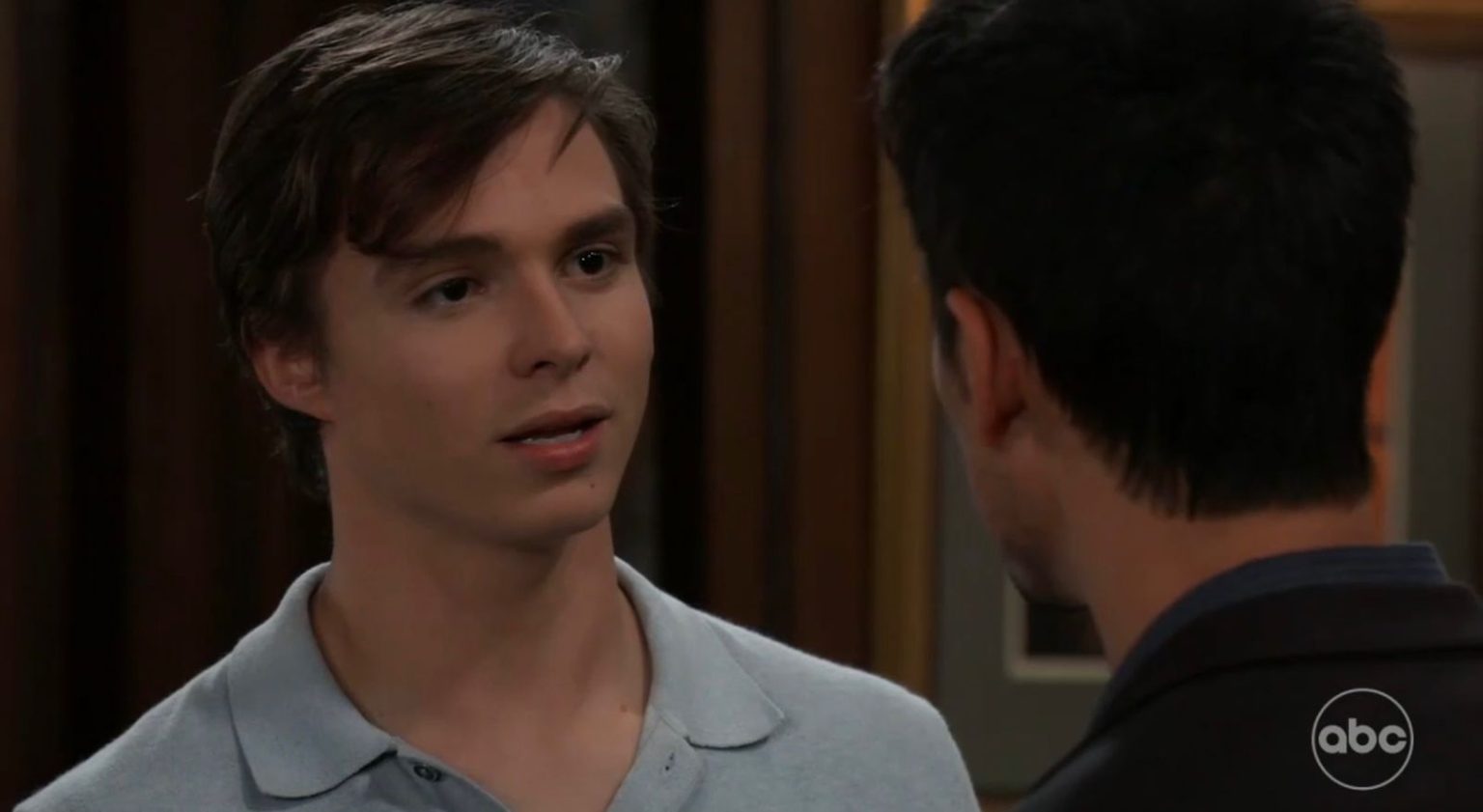 General Hospital spoilers for Tuesday, April 12, 2022, tease that Joss and Cam’s relationship will continue to suffer as the video scandal drama worsens. It is yet to be seen on how to see how they will handle this.

Meanwhile, Spencer will find Trina and won’t be happy to see her. He will lash out at her as he doesn’t believe she’s innocent. Next, Sasha has some concerns about their marriage. So, she will have some questions about moving forward. What would that be? Here is everything about it.

Joss And Cam Get Disturbing Messages

General Hospital spoilers for Tuesday, April 12, 2022, suggest that Joss and Cam will receive a shocker. They’ll be having a romantic moment at Elizabeth’s house when some noise attracts Joss’ attention. However, it won’t have any connection with the stalker situation. Instead, the couple will receive a disturbing message as the video scandal drama worsens. Whatever the case, the drama will affect the couple’s relationship.

At the gallery, Spencer will spot Trina and start accusing her. Trina will be hurt seeing Spencer with Esme, especially when he refuses to believe that she is innocent. As for Esme, she will continue to work to stay on Nikolas’ good side. She will continue to grow closer to him. It will ultimately create troubles in his married life.

Sasha And Brando Plan Next Step

As for Sasha, she will be anxious while talking to Brando. Although Sasha thinks they only tied the knot because she was willing to, Brando will assure her that he wanted the same thing. So, they will discuss their next step. As per General Hospital spoiler, it should involve where they will live, including the possibility of children in the future.

At Liesl’s place, Liesl will push Britt to let everything go and open her heart to someone again. General Hospital spoilers for Tuesday, April 12, 2022, say there will be a family dinner. Lisel will use it as a perfect opportunity to talk about Britt’s future. There, Britt may accept that she has decided to use the matchmaking service and hope it will put Liesl at ease.

Over with Dante, he will give Sam a chance to peek into the case details. While Ava rants at Dante regarding the case, Sam will find this a perfect opportunity to look at Dante’s phone. She will try to get the evidence via the forensics email report. It seems Sam will soon get busted in the upcoming episodes.

Next, Sonny will ask Phyllis for help, and eventually, he will propose an offer. Sonny will come up with a great deal, and it seems like Nina will accept it. It could involve Phyllis talking about Nina’s relationship with Sonny, including her character in court. In return, Sonny might offer Phyllis full ownership of Charlie’s Pub.

Sonny has already tried to give the authority of Charlie’s Pub to Phyllis, and he may revisit this plan as he thinks Phyllis is capable of managing it. He will make it look like Phyllis is doing him a favor by accepting the Charlie’s Pub.

Nevertheless, the situation will become tenser when a masked man shows up.

More spoilers suggest that Sonny will find himself in a challenging situation, so Brando will help him to take this person down. General Hospital spoilers for Tuesday, April 12, 2022, suggest Brando is moving ahead to replace Jason soon. Stay tuned. TV Season & Spoilers will keep you updated. General Hospital airs all weekdays only on ABC.