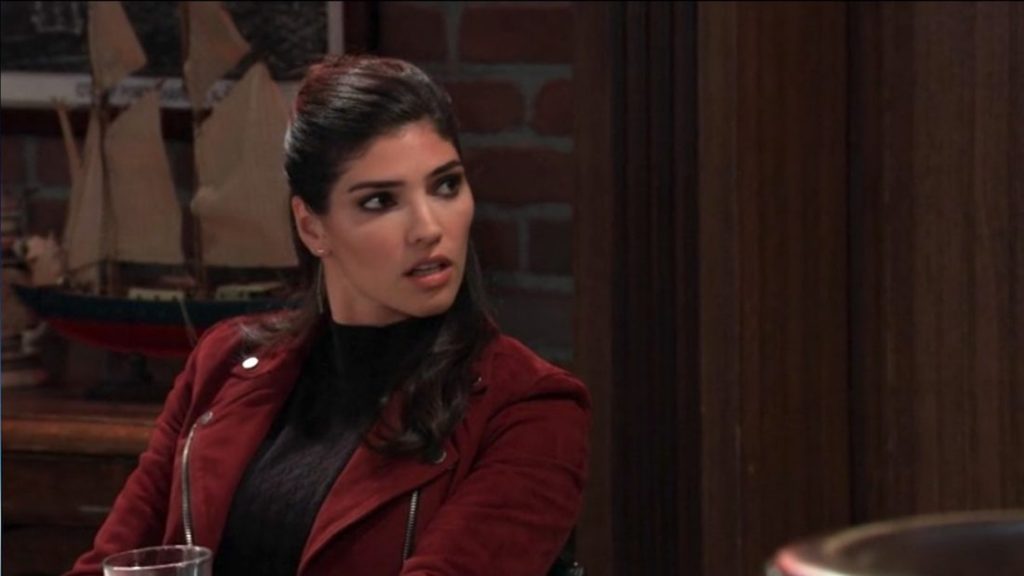 General Hospital Spoilers For Tuesday, April 5, 2022, suggest that Brook Lynn will have a tense moment with Austin at the IPO launch party. But she will soon realize that Maxie and Austin are together. Meanwhile, Liz will face another shocker related to the stalker’s drama. However, Jake and Aiden will try their best to figure out who the stalker is. Next, Ava will be frustrated over Nikolas siding Esme, while Laura learns about something very shocking. But what is that? Keep reading to know more.

General Hospital Spoilers For Tuesday, April 5, 2022, suggest that everyone will gather for the IPO launch party, and it will be a big night for Deception. At The Savoy, Maxie, along with Felicia Scorpio and Anna Devane, will raise a toast. Meanwhile, Brook and Austin will have a tense moment while everyone mixes with each other.

In Tuesday’s preview video, Brook reminds someone that he doesn’t owe her anything. So, Austin may apologize to her for their previous conflict. Brook will also realize that Austin and Maxie are together. Well, it has only started, and no serious commitments and promises have been made. But both are looking to see where they could end up.

Meanwhile, Lucy will be excited over the first step ahead at the Deception’s IPO launch, while Nina will tell Sasha it is just the beginning. Unfortunately, Sasha will be on her drugs and won’t act like herself. General Hospital spoilers for Tuesday, April 5, 2022, suggest that there will be some trouble at the party. It could be due to a mysterious investor and Sasha’s disastrous speech.

As for Selina, she will once again approach Curtis with another pitch to use The Savoy for poker nights. Curtis will make his stand clear, but Selina will come up with another pitch that Curtis may not refuse. Curtis desperately wants to learn about Marshall’s past, and Selina could insist that she could use her resources to help him. She might consider this a fair trade to implement her poker night plan.

Liz Gets A Threatening Message

On the other end, Liz will learn a shocker. She dreamed of a person in the shadow telling him not to forget him, and surprisingly she woke up with the same message around her. Finn, Jake, and Aiden will support Liz. Finn will even call Dante for help and give him updates about Liz’s situation. Meanwhile, Jake and Aiden will develop a theory of who Liz’s stalker is.

Since the same message that Liz dreamt of was written out, it could hint that perhaps she’s experiencing a mental break. Perhaps she’s behind these strange activities, and she has no clue about it. Regardless, Jake and Aiden will reach the bottom of this as they don’t like seeing Liz in such a horrible position.

At Charlie’s Pub, Scott Baldwin will find Ava and sense something is wrong with Spoon Island. But Ava might admit that Nikolas sided with Esme, and she can’t live under the same roof with her. After listening to this, Scott will share some legal guidance, and Ava can use this as a part of her plan. Perhaps Scott will advise Ava something about her marriage and her next move about how to end this.

Although the matter hasn’t reached the point where Ava could think to end her marriage with Nikolas, which is Esme’s endgame. Scott thinks Ava could do far better than this. Meanwhile, as soon as Laura arrives, she will freak over something she overheard. Laura will hope that she has been mistaken. It seems like Laura will learn about Esme’s potential pregnancy and how she moved to Wyndemere.

At Wyndemere, both Esme and Spencer will look at the pregnancy test result. It could be a good chance if the result turns positive, as it could create more drama for the playoff. Of course, the results won’t be legit if Esme pulls her another trick. Whatever the case, it could be a great chance for Esme to get on Spencer’s good side.

Rounding off the General Hospital spoilers, Brando Corbin will meet Sonny at the boxing gym and feel grateful for everything that Sonny has done. Brando will tell him that he could never repay his favor. Could that mean Brando has a change of mind about joining Sonny’s organization?

Jason Morgan needs a replacement, and Brando could replace him. But it seems like GH writers will take some time to build this. Till then, Sonny might come up with a way to celebrate Sasha and Brando’s marriage.