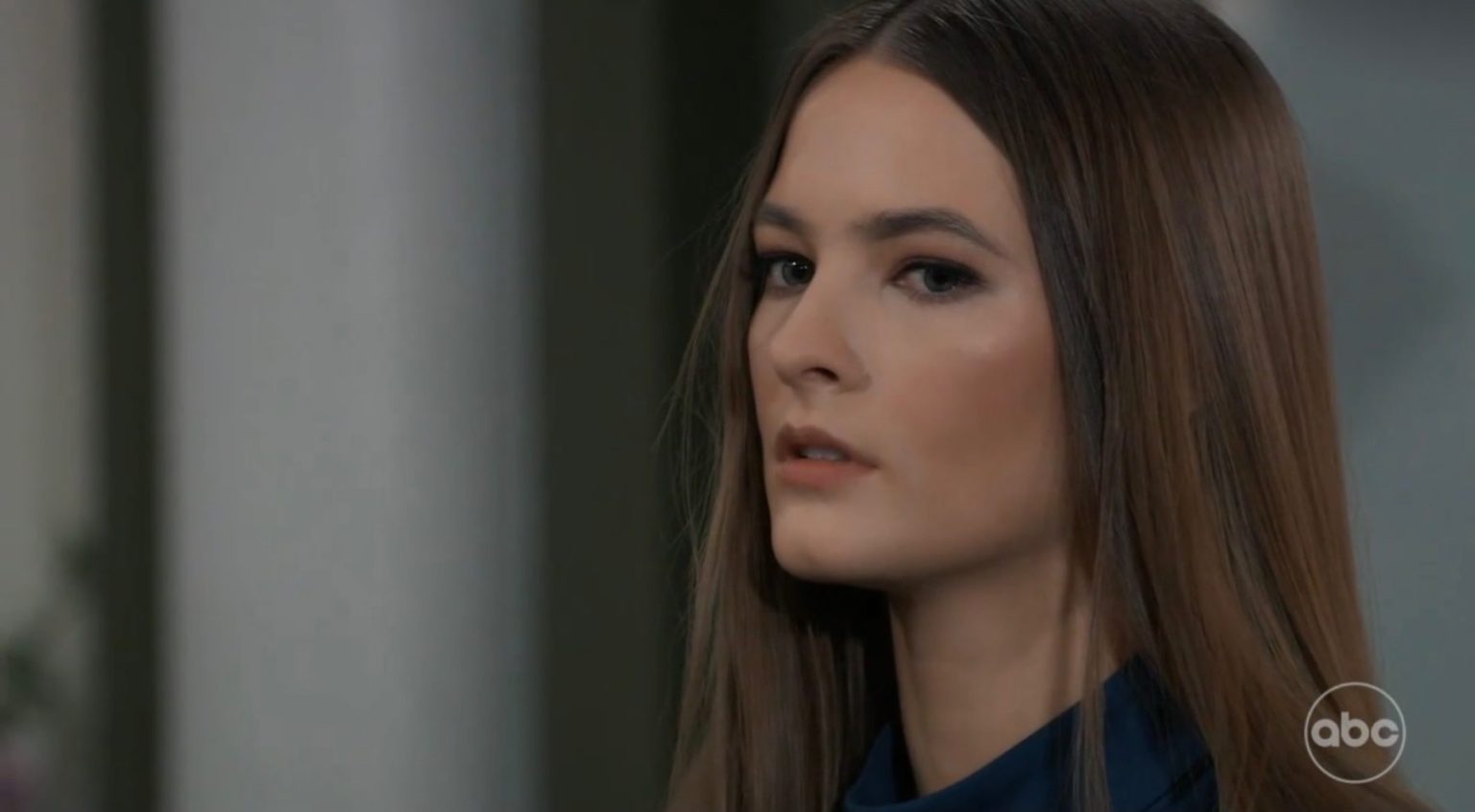 First, let us tell you that the General Hospital episode was originally scheduled to air on Tuesday, April 12, 2022, but was rescheduled due to ongoing breaking news coverage. So now it will air on Wednesday, April 13. General Hospital spoilers for Wednesday, April 13, 2022, suggest that Trina and Spencer will bicker over something. Meanwhile, Esme will try her best to stay on Nikolas’ good side. Next, Brando will help Sonny to get rid of a masked man. Keep reading to know more.

General Hospital spoilers for Wednesday, April 13, 2022, suggest that Trina will admit something that will leave Spencer rattled. He will unleash his anger on Trina after realizing that she used him as her alibi. Since the video went public where Trina was scolding Spencer in the cemetery, she thought it could potentially help her case.

He trusted Trina as he thought she would keep his jailbreak a secret. But she used it to help her case. Further, Trina will not like when she sees Spencer taking Esme’s side and wonder why he’s doing this. Trina will argue over his poor judgment and wish he could have first thought about what he is doing.

Over with Joss and Cam, they will have some romantic moments at Elizabeth’s house. While Joss and Cam seem busy in their make-out session, Joss hears some noise that startles her. So, Cam will head to investigate, wondering if it is another move from the stalker.

But this time, General Hospital spoilers suggest that this could be related to the viral video scandal. It seems like some college kids might play a brutal plan to remind them about their steamy video. The couple wished they could move on with this, but it will continue to create some romantic setbacks.

Meanwhile, another teen in the town- Esme, will have something else going on. General Hospital spoilers for April 13, 2022, suggest that she will speak to Nikolas. She will act as if she knows that something will work out. So, she may insist Nikolas to work on his relationship with Ava and Spencer. However, she will secretly continue working to destroy Ava and Nikolas’ marriage. She needs to be careful and watch out for her steps as so many people seek to get her.

On the other end of town, Sam will question Dante about Trina’s case and voice her concern about imprisoning the innocent one. Dante will insist that true justice will be served. While he believes they can prove her innocence, Ava will doubt his capability.

She thinks the PCPD isn’t using their skills and will urge Dante needs to put Esme behind bars. While Dante will speak to Ava, Sam will use this opportunity to swipe through his phone. She will try to get details about the forensics report. But Dante will be disappointed after seeing her use a dirty trick.

As for Britt, she will enjoy a meal with Liesl, where they discuss Britt’s potential lover. Lisel knows Britt hasn’t moved on and still misses Jason Morgan. But she thinks there are more men who she can date. Lisel further hopes that Britt will use the matchmaking subscription she gave her to find a perfect man. She will try to find some matches and report everything about the progress to her mother.

Speaking of mindful discussion, Brando will try to calm Sasha down. She seems afraid of the fact that she forced Brando to marry her. But he promises that he also wanted the same and will discuss their next steps. It could be their new home and the possibility of having kids. He wants her to know that he has wanted this for a long time back.

At Charlie’s Pub, Sonny will seek Phyllis’ help. In return, he will propose a lucrative offer to her. It’s possible that Sonny will ask Phyllis to speak about Nina’s character in court. For this, he might offer Phyllis sole ownership of the bar, as he suggested before. He may tell her that he’s having trouble with this sole ownership and wants Phyllis to take over and become the official owner of Charlie’s Pub. Nina will also encourage to pitch a deal with Sonny, which Phyllis will soon accept.

Unfortunately, a masked man will enter the Charlie Pub. It looks like this person has some connection with the mob drama and is after Sonny. It will bring some dangerous situations in the upcoming episode.

Brando will help Sonny to fight back against this man. It could end up with Sonny offering Brando a job position in his organization. Stay tuned. TV Season & Spoilers will keep you updated. General Hospital airs all weekdays only on ABC.