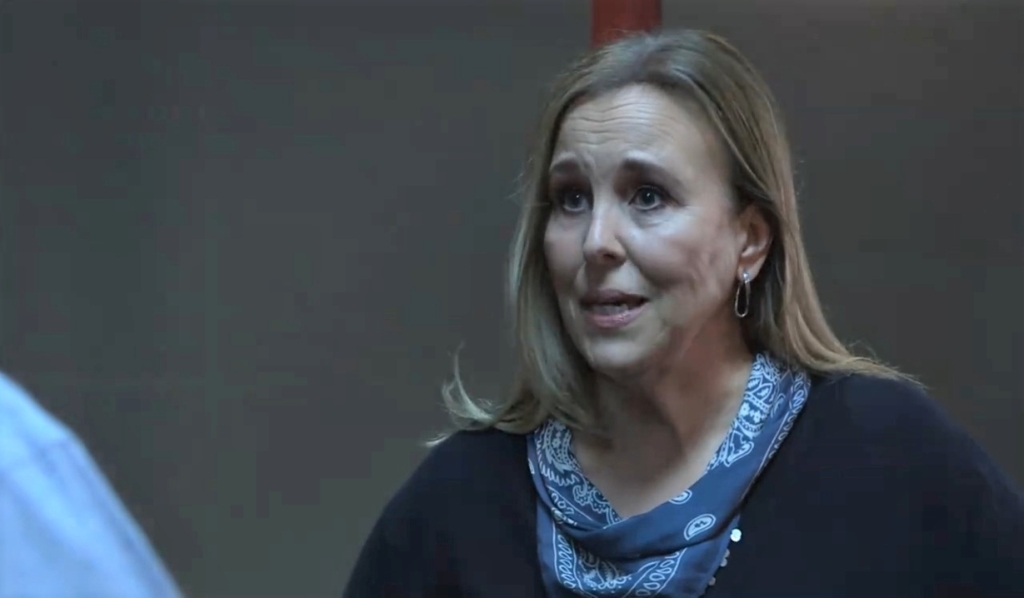 The latest General Hospital spoilers tease that Mayor Laura Collins is on her way back to Port Charles. And when she returns, she will get in some serious face-offs. Long-time GH viewers know that Laura has been a part of many feuds over the years. She has dealt with many. But, General Hospital spoilers suggest that she will get in one another feud in the upcoming days, and it won’t be nice.

Laura Is Skeptical Of Victor’s Intentions

GH viewers know that Laura is not happy with Victor coming back to Port Charles. Victor is now roaming the streets of Port Charles, but that isn’t all he is doing. He is coming closer to the Cassadine family. When Laura comes back to Port Charles and finds out that, she won’t be happy. In fact, GH spoilers say that she will take matters into her own hands to protect her family.

Laura is aware that Nikolas has seen Victor and his scheming for some time. So, he knows not to get trapped in his web. However, Spencer is new to all of this. GH viewers would have noticed, Spencer has started growing fond of Victor, and somewhere even sees him as the hero. So, when Laura comes to know about this, she will want to save her Grandson.

Laura knows firsthand how dangerous Victor can get. Long time GH viewers would recall, there was a time when Victor had planned to freeze the entire Port Charles. Then, when he was the head of the WSB for all those years, he used that position to fulfill his criminal intentions. Owing to all of this, Laura will find it hard to believe that Victor really has changed. Tv Season & Spoilers suggest that she will be worried that if Victor and Spencer continue spending time together, Victor might prove to be a bad influence on him.

General Hospital spoilers say that Victor will become a huge problem for Laura in the upcoming days. As per the spoilers, she might end up confronting Victor. She will want him to stay away from Spencer and Nikolas. Victor’s Thanksgiving speech revealed that he was interested in keeping his family close. So, Laura might want to warn Victor and ask him to stay away from her family.

More spoilers suggest that Cyrus will tell Laura that he wasn’t behind trying to get her and Martin killed. So, she might draw a conclusion that there is a possibility that Victor could be behind it. Whatever the case might be, GH spoilers say that Victor will be on Laura’s hate list when she comes.

It will be interesting to see what she does and how she does it. So, make sure you tune in and enjoy. Tv Season & Spoilers will keep you updated with all the news about the soap as it surfaces. So, stay tuned.