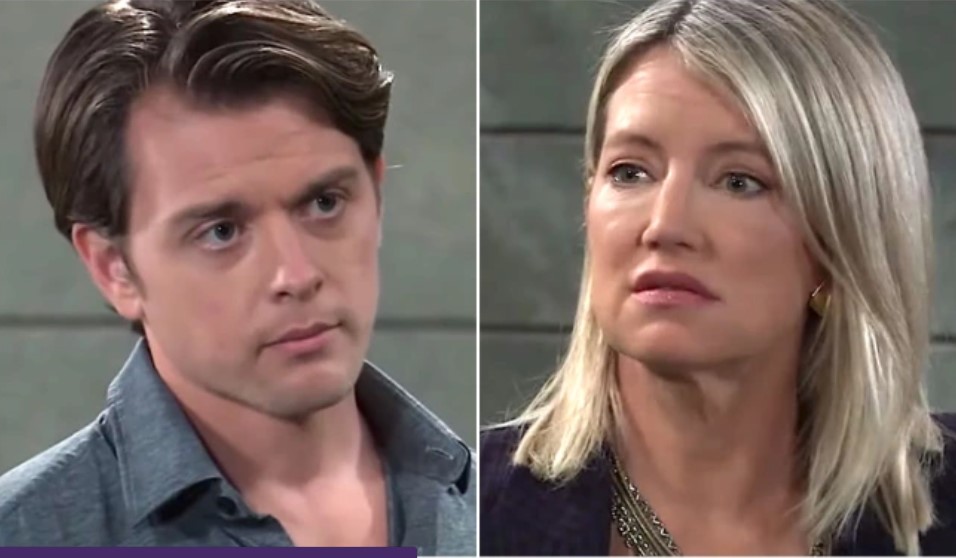 General Hospital spoilers reveal that things might take a dangerous turn for Nina in the coming weeks. Viewers know that Michael Corinthos is behind bars because he punched Smoltz when the videotape of Joss and Cameron was leaked. The speculation is that Michael might use Nina’s career to get out of the legal drama. What will happen next? Keep reading to find out.

For starters, GH viewers know that Michael Corinthos punched Smoltz when he talked about the videotape of Joss and Cameron on The Invader. Then, Smoltz pressed charges against Michael for harassment. The spoilers suggest that Michael will make a deal with Smoltz.

The deal would be to give dirt on Nina Reeves. She runs Crimson magazine, which is a competitor for The Invader. So, Smoltz might be interested in what Michael might present. Michael will promise to give some dirt on Nina if Smoltz promises to help him.

Speaking of the deal, Michael will give Smoltz access to the custody petition that Nina made. The petition includes all the horrifying details from Nina’s past. Long-time viewers know that Nina once stole a baby from Ava Jerome. But Nina was pretty disturbed back then, so the details were not revealed. So, if all these details are out, it will definitely put Nina’s career in jeopardy.

GH fans know that Nina is the Editor-In-Chief of Crimson Magazine. If Michael gives away all this dirt to Smoltz, who might put up all this on The Invader could force Nina to leave her job. Moreover, Nina has very few things to call on her own in Port Charles.

So, if Nina loses the magazine, she will be distraught and heartbroken. Crimson is Nina’s one thing the most. And Michael might enjoy watching Nina like this. But, something tells us that all of this would come and bite back to Michael in the upcoming weeks.

It looks like a lot of drama and fun is coming up at Port Charles. Tell us in the comments below, What do you think will happen next? Until then, stay tuned. TV Season & Spoilers will keep you updated with all the soap-related news. General Hospital airs on ABC all weekdays. Don’t miss the action.