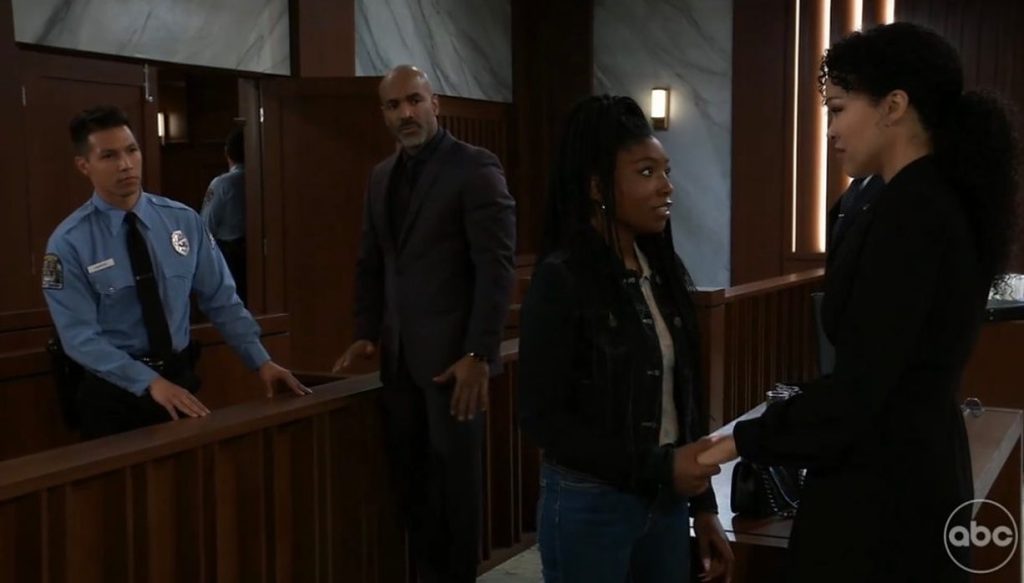 The latest General Hospital spoilers reveal that things might change for Trina and Spencer in the coming weeks on the ABC soap opera. Viewers might expect some new relationships budding. Viewers would know that Trina has been there for Spencer always, and right now, he is treating Trina very badly.

The speculation is that things might worsen between Trina and Spencer in the upcoming weeks. There is also a possibility that Trina might start having her eyes on someone else. What will happen next? Keep reading to find out.

Trina And Spencer Are Over

For starters, GH viewers know that Spencer is treating Trina very badly now. It seems like he has completely forgotten the type of person Trina is and is making her look like the villain. Even though the main evil mastermind behind all of this is his so-called girlfriend, Esme Prince, he blames Trina. Spencer is getting manipulated by Esme and blaming Trina for everything.

GH viewers know that Trina has supported Spencer every time he was in a problem. But the mere thought that he is not supporting Trina during this time is just messed up. We also see Trina telling Spencer

that her life has become much worse since Spencer came in it, and we agree.

Spencer is nothing but trouble written all over him, and it became worse when Esme entered the scene. In addition, Spencer should be vulnerable for a while, and he will be once Trina starts getting involved with someone else.

General Hospital: A New Couple In The Making?

Viewers who are keeping up with the show know that Rory was the officer who was assigned to watch over Trina in the interrogation room. Moreover, Rory also watched everything that happened with Spencer and got rid of him when Trina started feeling uncomfortable.

Trina is a wonderful human being, and she deserves to be with someone who trusts and believes her no matter what. Officer Rory also brought Trina a soda and gave her a sweet smile when Spencer left.

That was a cute moment that made viewers think this could be the start of something new and romantic. It looks like Trina will decide to move forward with Rory once she is free from all the charges, and sparks could fly between the two youngsters.

It seems like new love and romance are on the deck. In the comments below, tell us: Do you think Trina and Rory will be the new couple? TV Season & Spoilers will keep you updated with all the news until then. So, stay tuned. General Hospital airs on ABC all weekdays. Don’t miss the action.