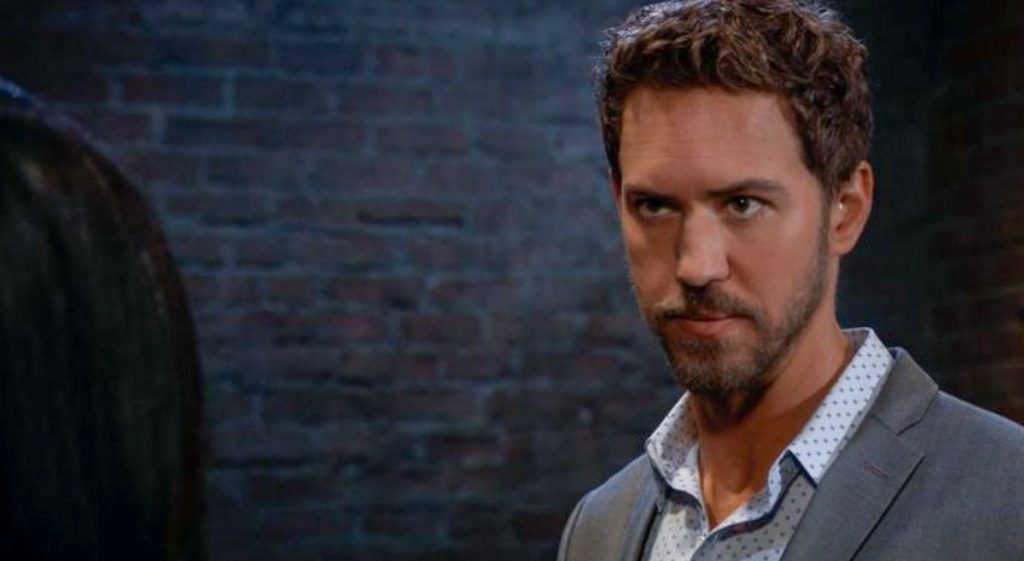 General Hospital Two Weekly Spoilers (February 14-25, 2022) is out, and it reveals that this week will be full of difficult decisions. In the week of February 14-18, 2022, first, Spencer will make one that will leave Esme frustrated. And then, Carly will make one. It looks like she will move ahead with the divorce thing, and it won’t be good.

Then, more people will come to know about what Sonny did, and it will start getting difficult for him. Alexis will try to help her new friend Harmony. But things will continue getting difficult when it comes to Willow. A secret is brewing there, so it won’t be nice when it explodes. Not only that, but Austin will also try to get some information on Peter and try to trace Maxie down. Will he be able to? We will have to come to know.

As we move into the week of February 21-25, 2022, Victor will be feeling frustrated, and Laura will try to talk some sense into Esme. Carly and Sonny will sit down for negotiations, and something huge around Peter will happen. What would that be? Here is everything about it.

General Hospital Spoilers For The Week Of February 14-28, 2022: Esme Is Frustrated

Starting the week of February 14-18, 2022, Esme will start getting really frustrated. She had planned a surprise for Spencer on Valentine’s day. But when Spencer doesn’t give it much attention and is fixated on his friends, Esme will not like it. This will lead to some tense moments, and Esme might feel frustrated.

General Hospital spoilers suggest that this isn’t the only thing making Esme frustrated. As per the latest spoilers, Kevin will restrict Esme’s access to Ryan Chamberlain, and that is something that Esme will not like. She will make it look like she was merely curious.

Next, Terry’s plan will also go awry when she messes up the whole blind date thing. Terry’s date was supposed to wear a teal shirt. So, when Chet shows up wearing a teal shirt, Terry will assume he is her date. However, soon after that, she realizes that she made a mistake and this guy isn’t Tanner. But, would romance bloom between Chet and Terry? The two of them did connect with each other instantly. So, that might help come closer.

On the other end of the town, Carly will also find an unexpected connection. General Hospital spoilers suggest that Carly will cross paths with Felix DuBois, and that will give them a lot to catch up on. Carly will fill Felix in on everything that went down between her and Sonny.

After that, she will head to see a divorce lawyer and consider if she really wants a divorce. More Carly-related spoilers suggest that Josslyn will start getting worried about Carly and everything that is happening with her.

On the other end of this whole equation is Sonny, who will try to sort his own feelings out. He recently hit the sheets with Nina and knows that he feels something for her. So, he will try to work that out. Sonny will also bump into Michael, and Michael will not be happy when he comes to know what his father did.

Michael And Willow Get Impatient

More Michael-related spoilers suggest that he, along with Willow, will continue waiting on Willow’s birth certificate. They need this birth certificate to get her passport for Paris. So, they might start getting a little restless. Since Willow doesn’t really have a real birth certificate, Alexis will try to help Harmony figure that whole thing out.

Willow will also cross paths with Nina at GH. So, either they will talk about what happened at the Haunted Star, or this conversation might take another turn. General Hospital insiders reveal that Nina is Willow’s bio-mom

General Hospital: Will Peter Be Stopped?

Elsewhere, Austin will try to get info on Peter. So, he will shove a syringe in Victor’s face. He will try to threaten him with it. But, he will not be able to score any information on him. The good thing here is Liesl will be able to plant a listening device with Victor. So, they will get new information through that. Will they come to know how Victor plans to take Peter down? We will have to wait to know.

While Austin and Liesl try to locate Peter, Maxie is living a nightmare. She is stuck in a hostage situation with Peter. So, that won’t be good. Speaking of Victor, spoilers suggest that there will be a sudden heatwave in Port Charles in the upcoming week. General Hospital is most likely revisiting the weather machine plot. So, Victor might have taken a small test-run of it before he moved ahead with his dastardly plot and left the PC burning. Will he be successful? Only time will tell.

General Hospital Spoilers For The Week Of February 21-25, 2022: Peter Meets His Grim Fate, Carly And Sonny Move Ahead With Divorce

Spoilers for the week of February 21-25, 2022, reveal that Victor is frustrated as the week starts. So, whatever he has planned might not go as expected. Next, Laura will sit Esme down and speak to her about staying away from Ryan. She might back Kevin up on this, and Esme will not like it.

At the end of the town, Sonny and Carly will sit down for negotiations. So, it looks like Carly will move forward with a divorce after all. Sonny will start battling with his drinking problems. It looks like Phyllis will also come to know about Sonny cheating on Carly. So, she will be shocked after all of this.

General Hospital spoilers suggest that the week of February 21-25, 2022, will especially be an interesting week because Peter might finally meet his grim fate. Maxie will weigh her options when it comes o Peter, and she might do something about it.

Back at GH, Liz will continue to deal with the whole creepy Franco Baldwin mystery. Liz will find it hard to understand what is happening, and things will only get worse for her. Sam McCall will also go to GH and deal with another crisis.

Rounding off the spoilers for the week of February 21-25, 2022, will be Alexis, who will check up on Harmony. Harmony might remain on edge because of the whole birth certificate drama that is brewing. It is only a matter of time before Willow comes to know the truth. So, it won’t play out well. How will Willow react to this news?