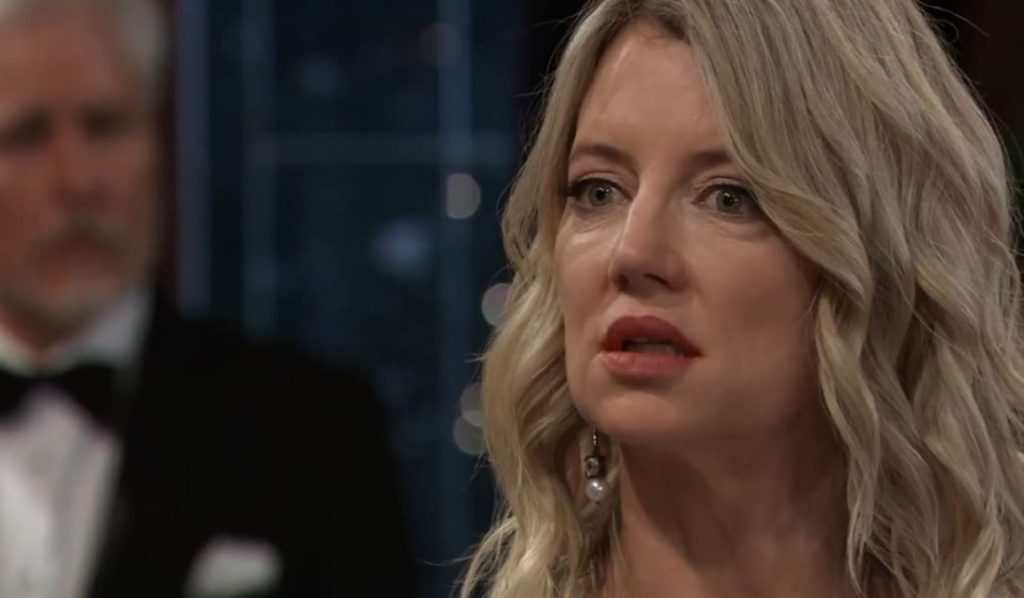 General Hospital Spoilers: Nina Tells Carly The Truth About Her And Sonny’s Love Affair, Hopes To Rekindle The Romance

General Hospital viewers know that Sonny and Nina are keeping a massive secret. And, the latest spoilers suggest that Nina might take it upon herself to tell everyone that secret. Viewers know that Nina and Sonny’s alter ego- “Mike,” had fallen in love with each other when they were in Nixon Falls.

However, ever since Sonny remembered everything, He has been trying to hide that secret. But now, Nina might expose that truth. What will she do? Keep reading to find out.

General Hospital spoilers suggest that ever since Sonny has returned to Port Charles, he has been trying to hide the truth that his alter ego- “Mike” and Nina had started falling in love while they were in Nixon Falls. Sonny believes that he is doing all of this because he doesn’t want to hurt Carly.

However, some spoilers suggest that Sonny is doing this, so Nina doesn’t have to face Carly’s wrath. Sonny knows that Carly is already mad at Nina for keeping him away from Port Charles for so long. And when she comes to know that Nina led him on, she will be out for blood. So, Sonny wants that secret to be a secret.

General Hospital spoilers suggest that Sonny is already feeling bad because Nina has to deal with everyone’s negative emotions. Sonny knows that whatever Nina did when she was in Nixon Falls, her intentions were pure. So, he doesn’t want her to suffer more. But, it looks like Nina won’t feel the same. She might think that if she told Carly the truth, she might leave Sonny, and they would be able to build a future together.

The heart wants what it wants. General Hospital spoilers reveal that Nina will follow this, and she might want to build a future with Sonny. GH viewers know that Nina and Ava are good friends. They will meet in the upcoming days, and it looks like Ava might remind Nina of the ace she has up her sleeve. While we don’t really know what it is about, General Hospital spoilers suggest that Ava might suggest that Nina uses the secret about her love affair with “Mike” and gets the upper hand there. If everything is out in the open, Nina might be able to rekindle her romance.

Not only Nina, General Hospital spoilers for the upcoming week of October 11, 2021, also reveals that Sonny and Jax will come into an alliance. Sonny will ask Jax to keep quiet about what happened in Nixon Falls. However, Soap Dirt reveals that while Jax will agree, spoilers suggest that he might admit about Sonny’s love affair to Michael later on, and that will come to bite him.

One way or the other, General Hospital spoilers suggest that Carly will come to know about Nina and Sonny’s romance. She will come to know that Nina was head over heels in love with Sonny. She will be furious and wouldn’t know what to do. So, GH spoilers suggest that Carly might make some rash decisions. Carly, anyways likes Jason and is having a hard time suppressing those feelings. So, once she finds out Nina-Sonny have feelings for one another, she might decide to go back to Jason.

Carly will be feeling betrayed, and Jason is someone who understands her the best. So, she might jump on another chance with him. If this happens, Sonny’s life will change, and major actions will come up. Will Nina and Sonny end up together? We will have to wait to know. Tvseasonspoilers.com is your one-stop for all the soap-related news. So, keep an eye here. General Hospital airs on ABC all weekdays. Be sure to catch up with all the action.