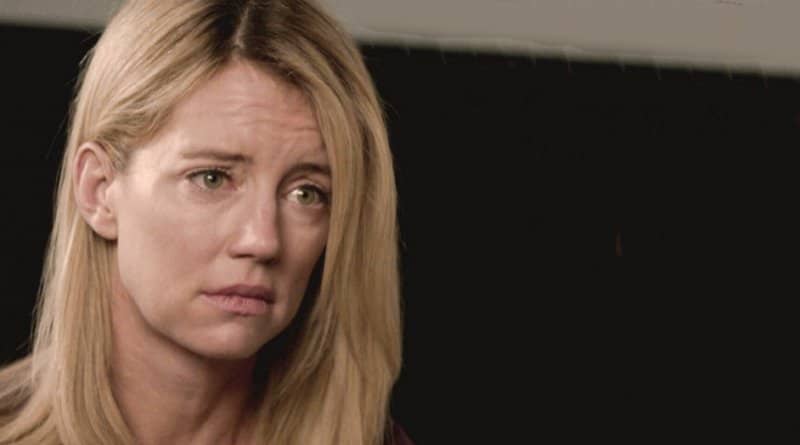 General Hospital viewers know that Nina is hiding the truth of Sonny’s identity and survival from everyone, including Sonny. However, it looks like that is about to change. General Hospital spoilers suggest that Nina might start feeling so guilty that she might find it unbearable in the upcoming days. Would she confess the truth? It looks like so. What will happen? Here is everything to know-

Sonny Is Starting To Remember Things

GH viewers who have been keeping up with the show know that Sonny had a brief flash of one of his family memories in the recent episode. It wasn’t a very happy moment because the memory was of him losing a family member. He spoke about this to Nina, and Nina seemed really disturbed. She even shed a tear or two, asking herself what she was doing.

Nina Is Feeling Guilty And Torn

Ever since this Sonny becoming “Mike” storyline started, Nina has had periods where she felt guilty about hiding the truth. There were points when she wanted to let go of this burden, but there were also times when she would be hoping for a future with “Mike.” However, General Hospital spoilers suggest that this burden of guilt will become too much for her. She might feel that it is unbearable, and she will want to tell the truth.

As suggested by SoapOperaSpy.com, Nina will be feeling incredibly torn about what she must do next. She knows that the right decision is to tell Sonny the truth about his identity and his family. But, she will still struggle because telling the truth would mean that she loses everything.

Speaking about this to Soap Opera Digest, Dan O’Connor, the Co-head writer of the soap, reveals that he thinks that Nina is incredibly torn. All of this started as an act of revenge, but now it has turned into something else. She has now fallen for this man she knows as Mike. But, this situation she is in is impossible. So, in order to further pursue the fondness she feels for this version of Sonny, she has to deny him the truth and who he really is.

It looks like Nina’s guilt will only intensify in the upcoming days. She knows that what she is doing is wrong. But, she also knows that “Mike” deserves to know his true identity and everything about his life. He deserves to know that he has a wife and children. His children deserve to have their father back in their life. So, would Nina tell “Mike” the whole truth

? Would she confess of everything that she had been hiding for so long? That is a possibility.

General Hospital spoilers have been teasing that the truth would come out soon for some time now. So, this could be the way truth comes out. It will be interesting to see how “Mike” reacts. Will he be able to forgive Nina? That is yet to be seen. Tvseasonspoilers.com will keep passing on all the details. So, stay tuned.